The Day after the Presidential Election

After a fitful sleep interrupted by phone calls and texts from worried and distraught friends, I awoke this morning to the grim reality of the day. How could this possibly be? 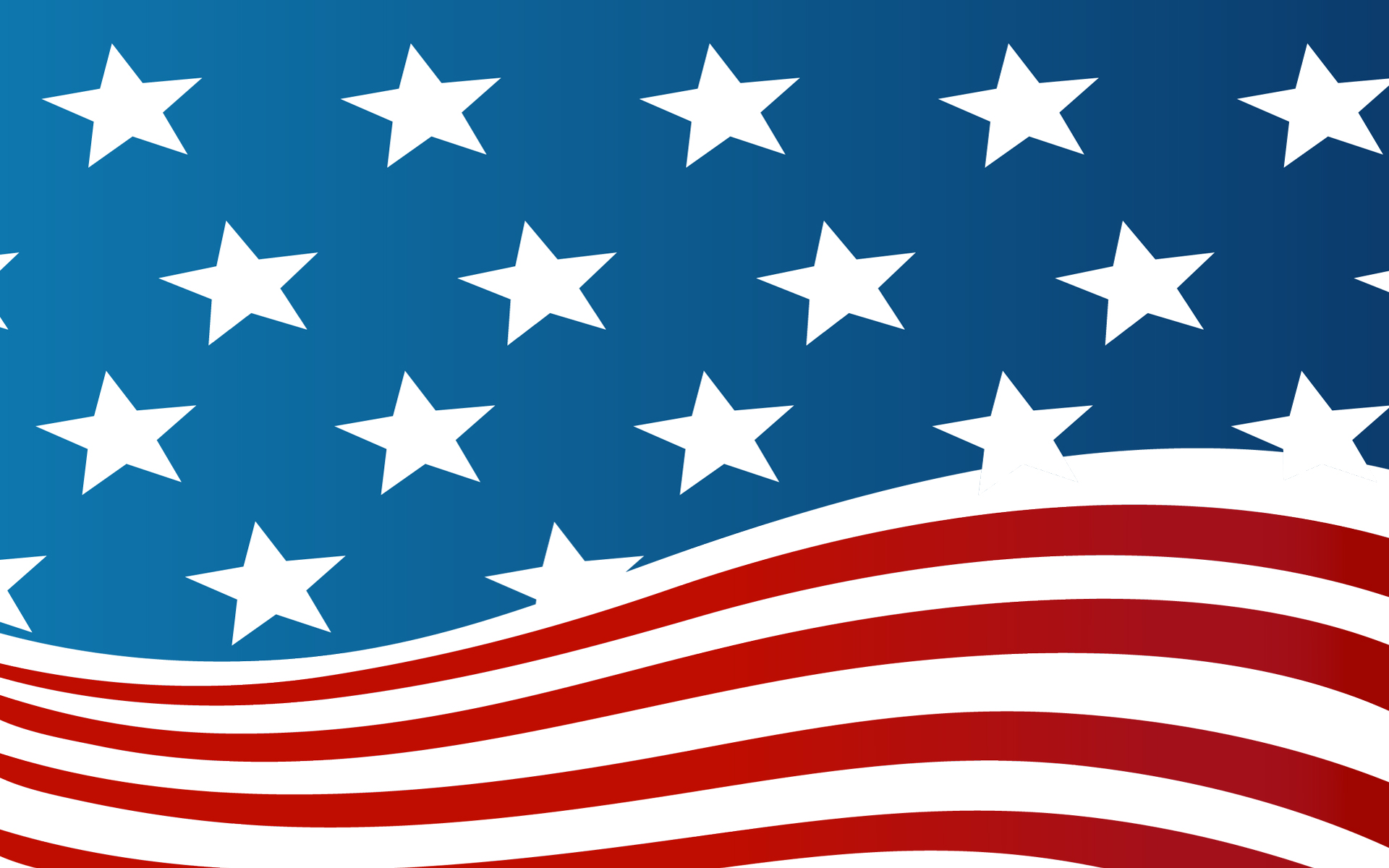 How could we have turned backwards toward hate, racial prejudice, sexism, and xenophobia? So many of us have been actively working toward a culture that could embrace the marginalized. And what about the fate of our earth, our island home? Have we just taken a giant step backward?

For me it was a morning for grief and lamentation. Not surprisingly, I found the Old Testament reading from Joel in the morning office exactly on target:

15   Blow the trumpet in Zion; sanctify a fast; call a solemn assembly;
16   gather the people. Sanctify the congregation; assemble the aged; gather the children, even infants at the breast. Let the bridegroom leave his room, and the bride her canopy.
17   Between the vestibule and the altar let the priests, the ministers of the Lord, weep. Let them say, ‘Spare your people, O Lord, and do not make your heritage a mockery, a byword among the nations. Why should it be said among the peoples, “Where is their God?”’

It is time for lamenting and pouring ashes over our heads. And so, fittingly, I turned to the Book of Lamentations. 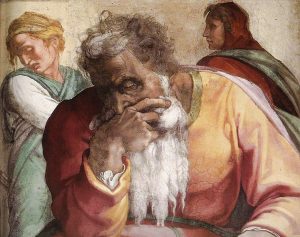 Here is a treasure trove for those of us who have reached the end of our rope. The book is filled with despair, with hardly a word of real consolation. And yet, paradoxically, it delivers immense comfort. Maybe some of this has to do with breaking through our denied despair and allowing our grief not only to rise to a level of awareness, but also to find explicit articulation. Maybe too there is some sort of catharsis in exposing the brokenness and strained divisions within our own souls and within our communities.

In the face of catastrophe the Book of Lamentations raises some raw and dangerous questions about God. Why has God allowed this to happen? Does God not even care about the extreme state of our suffering? Can God even see what is taking place here?

And yet, even as we intentionally lower ourselves into this cauldron of hurt, we may sense an affirmation of our humanity. To cry out the truth of our condition returns to us our voice—and, with it, our humanity. And despite our preoccupation with our miserable state, we can sense in this cauldron of despair an alchemical transformation taking place at a level deeper than we can quite get our head around.

While this is not the time or place to take you through a complete exploration of this highly imaginative biblical text, there is one dynamic in the Book of Lamentations that feels relevant and important on this day.

Although, as I say, there is much here in Lamentations that is poured out to Yahweh, Yahweh is silent; God gives no response. And yet, emerging briefly in chapter 3 are some words of real comfort. They seem more to come from a distant memory as from God’s active response to the expressed suffering. Listen to how they arise…

21   But this I call to mind, and therefore I have hope:
22   The steadfast love of the LORD never ceases,[b] his mercies never come to an end;
23   they are new every morning; great is your faithfulness.
24   “The LORD is my portion,” says my soul, “therefore I will hope in him.”
25   The LORD is good to those who wait for him, to the soul that seeks him.
26   It is good that one should wait quietly for the salvation of the LORD.
27   It is good for one to bear the yoke in youth,
28   to sit alone in silence when the Lord has imposed it,
29   to put one’s mouth to the dust (there may yet be hope),
30   to give one’s cheek to the smiter, and be filled with insults.
31   For the Lord will not reject forever.
32   Although he causes grief, he will have compassion according to the abundance of his steadfast love;
33   for he does not willingly afflict or grieve anyone

If this is not an active and responsive answer from Yahweh, from whence does this hopefulness come?

In every chapter of Lamentations except the last chapter, chapter 5, there are two voices. These voices conflict and often talk past each other, finding no apparent resolution. It’s as if they are yearning for Yahweh’s response, but it never comes.

Let’s just look at the two voices in chapter 1. There is an unidentified narrator and the desolate city personified in the suffering voice of a woman. Speaking first, the narrator seems descriptive of the woman but in a detached kind of way. He makes note of how once so distinguished and great, the city has fallen to this state of pitifulness. He recognizes both the depth and extent of her suffering as well as the reality that there is no one to save or comfort her. But within this recognition there is also a judgment that, because she has brought this suffering on herself, she actually deserves no consolation. And even further, he suggests that because of her great sinfulness, God himself has laid this mantel of suffering on her shoulders.

We can hear here that age-old assumption that our suffering is the result of our own sinfulness. Applying this to our present political reality, you can hear this from the pundits today. Hillary just wasn’t a strong enough candidate to pull this off. Or, she brought this on herself with her penchant for privacy and the whole E-mail fiasco. Or, too many people hated her to begin with. Or, she entered the race with too much baggage. Or others are blamed. Bernie should have bowed out sooner and with more graciousness. Or just plain old Monday morning quarterbacking—Joe Biden could have run a stronger race. And on and on…

There is also some oblique suggestion in the narrator’s shaming accusation of her being ritually unfit that she is either menstrually unclean or has been an adulterer. Relatedly, with the bright light of being the first female Presidential candidate, Hillary has been seen by some as too shrill and by others as too weak. No male candidate has had this kind of contradictory scrutiny.

But then in chapter 1 comes the suffering voice of the city herself. The daughter of Zion speaks not to the narrator but to God. And she asks only that God see her and her present condition. She does not ask for restoration or vindication—only to be seen. She wants God only to see what her enemy has done to her.

And God is silent.

And then in chapter 3, as I have already quoted, emerges a message of hope as if from a distant memory. But rather than a voice from some external source, it seems to be a voice that comes shockingly from deep within. More than wishful thinking or whistling in the dark, this word of hope and healing comes like third force from the opposition of the affirming force of assumed accusation and the denying force of unrestrained grief and lamentation.

On the surface it seems as if in these election results we as a country have taken a huge step backward. There is truth in that accusation. And we must take that seriously. But it is not the last word. For there is another voice that must be expressed. This is a word of grief and lamentation. And this is not just the word that is spoken for those who have worked for change. It is also the word of suffering and pain of all who have been and are currently marginalized in our society—the poor, those people of color, immigrants and refugees, women, those mistreated because of their sexual orientation, those with mental illness, and so many others who suffer alone. In its deepest and fullest expressation this voice of suffering is honored through its articulation.

And what emerges—perhaps as third force—is an evolving wholeness that desires that all parts of the body of the human collective be recognized, honored, and reconciled. It will be the product of all of the forces from which it arises. Thus, it will use every fragment and force—even those we might choose to reject and throw out.

Let us, then, live fully in this moment. Of course we don’t have to like it. We can meet it with lament—and so we should—but we don’t have to erase it. Indeed, we can’t. Let us move forward in this unfurling existence, and let us know our own essential agency in its unfolding. We can touch it all with love and resolve, and not with hate or fear. And let us do this together… 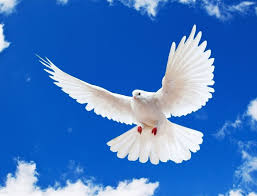