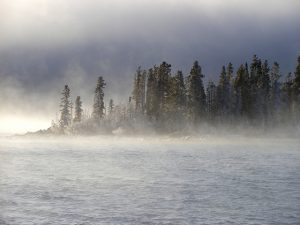 I want to make very clear to all of you that the “keep calm and carry on” tone of my earlier (immediately post-election) post does not imply that I’m feeling sanguine about the course of events now facing our country and our world. Quite to the contrary, I believe over the next several months we’re in for some hard reversals, probably harder than most Americans born post World War II have ever seen in their lifetime.

I’ve been out here on Eagle Island for a few days of Advent deep listening, trying to second-guess myself. But the premonition remains.

And it’s still Wisdom’s hour. Because I believe that those of us seriously committed to walking the Wisdom path have something to bring to the mix which most of our culture—either secular or spiritual—is simply not going to be able to get at. And it’s the missing piece, I believe, where clarity and resolve are to be found, if at all.

As you know, the two main influences on my overall metaphysical bearings are Teilhard and Gurdjieff. From Teilhard I get the reassurance that deep hope takes place over deep time. So much of our human terror and horror comes from trying to compress the timescale too tightly, insisting that coherence must be found over the course of only a few generations, or at best a few centuries. That’s like a pressure cooker without a steam valve; it will inevitably blow up.

From Gurdjieff, I’ve come to understand that all planetary evolution operates under the sway of the Law of Three—and that once again, we must look beyond immediate “good and bad”//”winners and losers” modes of thinking in order to see the deeper lines of causality actually directing the unfolding from within a still-coherent field. What looks in the short range to be unmitigated catastrophe can prove in the longer range to be addressing serious systemic malformations that need to be confronted and corrected before the evolutionary mandate can truly move forward. 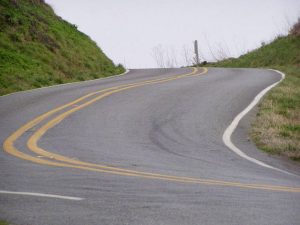 It’s exactly this kind of long-scale and impartial visioning that we need to bring to these up-ended times.

My stubborn foreboding is that in the upcoming months we will witness the substantial dismantling not only of the past eight years of Obama progressive liberalism, or even the past eighty years of New Deal social welfare, but something far more resembling eight hundred years of the Western intellectual tradition—all the way back to the 13th century, when the rise of scholasticism and the secular university began to displace the hegemony of the faith-based dogmatism in favor of free inquiry based on rational empiricism.

And the centerpiece in this domino chain of destruction is of course democracy itself, whose whole foundation lies in the sanctity of the above-mentioned principles.

Faced with threats—already underway—to what most of us still take for granted as the unshakable foundation of our national life—freedom of speech, freedom of the press, civility of discourse, and a commonly agreed on factual data base —I believe that the great American liberal progressive establishment will almost inevitably lose heart. I am seeing it happening already: people simply too numb and disoriented to even know what’s hit them. The possibility that democracy itself might fall victim to the collective insanity now massing on its horizon is too devastating even to ponder; we either dig in our heels, give up in despair, or distract ourselves in a dwindling oasis of “business as usual.”

Let there be no mistake about this: what has just come to pass is a serious blow to the foundations of Western Civilization. To name it at a lesser degree of magnitude is to set ourselves up for mere reactivity rather than understanding. We need to name it for what it is and be able to hold our footings as the edifices of post-Enlightenment culture reel and tumble in this seismic shift.

And yet I think it is precisely at this scale—i.e., eight hundred years—that we can discover the real ley lines of the Law of Three at work, in the situation, and we can understand more powerfully, impartially, and strategically what needs to be done as we hold the space for the course corrections which have necessarily arisen. This is not the destruction of consciousness, but a legitimate and ultimately propitious reconfiguration. We must not lose sight of that hope. If nothing else, we need to keep saying it, so that it does not vanish from the face of the earth.

I invite all who feel so moved to join me in the work awaiting at this other scale of magnitude. It will involve a combination of deep practice and wider reading and thinking.

The deep practice is about collecting our hearts so as to be more directly and acutely in alignment with “the conscious circle of humanity”—those of all ages and faiths who help hold the bandwidth of compassionate and wise presence around this fragile earth. It is in this imaginal bandwidth that wisdom comes magnificently into her own, but only as our own hearts grow wide and gentle and calm enough to receive her.

The deep reading: for starters, we need a small group or groups who are seriously willing and able to take on Gurdjieff’s sprawling cosmological masterpiece, Beelzebub’s Tales to his Grandson. If you doubt that our own times are already brilliantly encapsulated there (including an eerily accurate portrait of our POTUS-elect), have a close look at chapters 25-28.

The other three which are part of my nightly bedtime reading for this retreat and these times: And There was Light by Jacques Lusseyran; Riddley Walker, Russell Hoban’s iconic 1980 post-apocalyptic novel; and of course, The Passion of the Western Mind by Richard Tarnus. 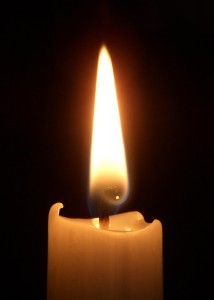 Over the next few months I will be listening further into how our work wants to take shape “on the ground:” independent small groups? A new round of Wisdom retreats? Online learning formats? Officially rebooting the Omega Order? Road not clear at this point. But I do know that the real Wisdom step is not to pre-design the format, but simply to put the heart out there and see how it seeds itself.

So that’s what I’m doing here, dark and cold time of the year, commemorating this weekend Advent III and the 21st anniversary of the crossing over, into that conscious circle, of Rafe, in all things my teacher and lightholder.

Let me hear from you if you’re in.