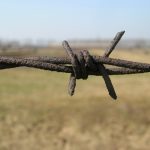 I would like to set out a cautionary expansion of Cynthia’s words. I was spared being in the United States for the election. Despite best efforts I wasn’t able to reschedule teaching a graduate seminar on peace agreements at the Bethlehem (Occupied Territory) Bible College. A little over half of my students lived amidst the walls, barbed wire and guns of no real peace; the rest were from around the world. It was my first time in Israel, my first time in Palestine.

Many observers including a number in the Clinton campaign itself date the swing against Hillary to her comment about the “basket of deplorables”. I would venture a guess that there was at least one loud “I” in most of us that said, “Yes!”, followed by the thought that 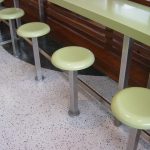 maybe she shouldn’t have said it. The latest vote counters say that where Hillary ran far behind the Obama pace and lost the election were in the smaller cities, villages and towns of the upper Midwest. Most of us know people there or maybe we are descended from them. They are not the stuff of brown-shirts or pre-modern darkness. They are a neglected demographic who feel left behind by coastal and city elites and are watching a way of life disappear as a dizzyingly rapid evolution unfolds.

I confess to being a post-modern elitist—I went to an Ivy League school, lived for decades in Washington, practiced international law and view myself as much a Global Citizen as an American. I like surfing on the evolutionary wave. But my mother was born in Kokomo. My grandfather was an Army doctor; my great-grandfather owned a grain silo near Frankfort (IN). To be sure education was at a special premium in our family but still—it just isn’t that far to those roots and the people who shared them. My advice to all of us who can: Take a deplorable to lunch and listen deeply. You will probably hear yourself.

I share Cynthia’s fear of a deeper darkness (for those interested in a similar view I’d also recommend Llewelyn Vaughan-Lee’s Darkening of the Light). But my fear runs deeper than Trump. Trump, I believe, is the pustule through which disease has manifested, the symptom not the cause.

Our Western traditions have given us many gifts, not the least of which is rational empiricism, a near end to deep poverty and unimagined material wealth but the cost has not been slight. With the gifts has also come an excessive glorification of the individual (1st Axial Age taken to its limits?), unfettered liberty for the personal ego, imperialism, cultural triumphalism and the subordination of and separation from nature. The loadstone of our age has lost its moral center. Much of life has emptied of spirit and communion and given way to material greed, extreme secularism and fear-based pursuit of power over the “other”. Our own country – the land of liberty­–was founded on Enlightenment ideals but also on conquest, genocide and slavery. The scars, particularly racism, remain, half-hidden from view. Even today we feel free to kill hundreds of thousands if not millions of others to “secure” our freedom from “terrorists” and to consume resources without limit. Sooner or later the opposite of security happens and then we rampage against even more “others”.

Many of our leaders to protect their own interests encourage us to believe that conquest of the Earth, material rapaciousness, the burning of fossil fuels and a kind of cowboy way are still ok, that in this way we can “make America great again.” Trump is just another voice in this line. But the Earth is pushing back, the other peoples of the world are pushing back, our own souls are pushing back. It is this dark side which I believe truly threatens destruction. To avoid catastrophe, I believe we must confront the shadow, converse with each other, bow in humility and seek forgiveness. 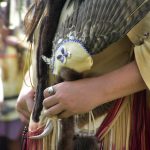 One from our Wisdom Circle (Laura Ruth) wrote beautifully of the events of Standing Rock:

“ ……[she saw]…..a notice that came over this amazing network of communication the internet. A picture of the veterans who traveled out to Standing Rock to support the Water Protectors, a group of them, standing before elders of the Lakota Sioux and acknowledging the sequence of what was taken, the land, the treaties, the minerals, the face of the mountain, the children, the language; and then getting down on one knee to ask forgiveness for war crimes perpetuated against Native Americans. The Elders accepting and responding with their own acknowledgment of hurt caused by the Calvary’s defeat in 1876, and ‘World Peace’ resounding through the space.”

Is this the first lamp of tomorrow?

I will reread Beelzebub and continue to read Tomberg and Teilhard in our groups but going forward, I also hope to be guided by some very simple words that echoed during my time in Bethlehem and are known to nearly everyone:

Judge not others; but stand nonviolently with truth and justice. Satyagraha was Gandhi’s word.

Do not kill or allow without objection killing in your name.

Love your neighbor as yourself.

Never forget that you are not alone.

Take a deplorable to lunch and listen deeply.

Bill Espinosa has been drawn to Cynthia’s teachings for the past four years. His background includes nearly a decade’s participation in the Gurdjieff Work and the spiritual guidance of a Rifai Sufi who has been a leading voice in peace and conflict resolution. He has sought to rediscover his Christian roots through its contemplative traditions and has been blessed with help from many others including Murat Yagan. His legal career has included working with NGOs active in peacebuilding, nonviolence, international humanitarian broadcasting and children’s rights as well as with USAID and the Department of State. He has been an occasional guest lecturer at American University and most recently developed a course on peace agreements which he tested out at Bethlehem Bible College. He created an educational board game about whales and is the author of the speculative eco-thriller, WARMING!