An overview and critique by Cynthia Bourgeault.

Now that Ken Wilber’s paper on “Trump and a Post-Truth World” is officially posted and making its rounds on the internet, I feel at liberty to share my initial “cliff notes” and comments a bit more widely.

My comments below were generated originally (and somewhat hastily) for a group of senior Wisdom students who are already working their way through this tract. It is still to be regarded as primarily a “working draft” for limited circulation, not a formal response to Ken’s thesis.

The first part is a quick overview of the main points of Ken’s argument as I understand it. The second part raises a few points for feedback/critique/further reflection.

THE ARGUMENT IN A NUTSHELL

Ken Wilber’s wide-ranging and fundamentally hopeful monograph is an analysis of the recent presidential election from the perspective of levels of consciousness as developed primarily according to his own Integral Evolutionary Theory. The powerful contribution he brings here is to move us beyond the reactivity gripping both sides of the political spectrum and offer a much broader perspective. He proposes that Trump’s upset victory reflects an “evolutionary self-correction” necessitated by the fact that the leading edge of consciousness, the so-called green level, lost its way in a mass of internal self-contradictions and gradually failed to lead. His 90-page paper is a lengthy, often verbose, occasionally brilliant analysis of how this situation came to be and what needs to happen to heal it.

To enter this discussion, one first needs to have some familiarity with the general schematic of levels of consciousness which Wilber has been steadily developing and refining for more than thirty years now (since his Up from Eden, first published in the early 1980s.) Wilber summarizes this in an early section of his paper, but here’s the cliff notes version:

Levels of consciousness are “color coded” as follows:

Green, the highest evolutionary level consistently attained to date, began to emerge in the 1960s and has gown steadily for the new five decades, to the point that by Wilber’s estimate, some 25% of the population are presently functioning at that level (how does he generate this data?) But along the way, green began to wander off course, increasingly caught in some internal contradictions that were inherent in its worldview from the start, i.e:

This “aperspectival madness,” as Wilber terms it, left the ostensible evolutionary leading edge caught in an increasing cul de sac of “nihilism and narcissism.” Trump was able to successfully fan the smoldering fires of resentment building at all three lower levels—red, amber, and orange—into a roaring blaze of anti-green sentiment—an “anti-green morphogenetic field” that went on to torch the entire green value system. However apparently contradictory and volatile Trump’s agendas may be, Wilber points out, the common denominator is that they are always anti-green.

Without condoning these agendas, Wilber does lay out a scenario through which it is possible to discern a coherence (I’ll stop short of saying a “justification”) behind the otherwise unfathomable upheaval that awaited the world on November 8. Rather than simply further demonizing Hillary’s “basket of deplorables” that put the man in office, or resorting to ominous and paralyzing specters of Hitler and Armageddon, Wilber’s hypothesis offers a way to make sense out of what happened—and to cooperate with evolution in making the necessary adjustments.

In the final section of his paper, Wilber does exactly that. He lays out several steps (some theoretical, others quite practical) whereby green could help heal itself and get back on track. In the end, however, Ken’s conviction becomes increasingly transparent—and finally explicit—that the basic performative contradictions inherent in “green-think” are so deep as to be unsalvageable, and that the only longterm and truly satisfying solution will come only from a robust emergence of the next level of consciousness: Integral, (color-coded turquoise or teal) which is truly “second tier” (i.e., transitioning to the non-dual), capable of integrating and including all perspectives, unafraid of healthy hierarchy, and hence truly able to lead. It is from this level, he believes, that the ultimate evolutionary resolution will emerge—once a “tipping point” of about 10% of the population functioning at that level is stabilized.

If it takes the Trump election to create this evolutionary jolt, so be it; the important thing is not to miss the window of opportunity now that it has so dramatically opened. 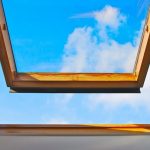 Comments and Critique from Cynthia

This, incidentally, I believe to be another fatal “performative contradiction” undetected by Wilber; greens think FOR oneness but FROM “perception through differentiation;” how crazy-making is that? It’s a pretty significant developmental gap to navigate, causing their minds always to be out ahead of what their psyches can actually maintain. Hence the anger, the arrogance, and the hypocrisy.

And this means, basically, it will happen in the domain of devotion—i.e., our heart’s emotional assent and participation in the ultimate “thouness” of the cosmos and the experiential certainty of the divine not simply as “love” but as Lover. That is to say, I believe it happens beyond the gates of secularity, in the intense, holographic particularity of the upper echelons in each sacred tradition. This is for me the profound strength of Teilhard’s model, as over and against Wilber’s more secular model; it unabashedly is able to stir the fires of adoration and spiritual imagination as it “harnesses the energy of love.” Striving to light this same fire with metaphysical matches, Wilber is left essentially “anthropomorphizing” evolution, transforming it into a new version of the classic demiurge, the creative and implementing arm of the logoic omniscience.

I look forward to hearing your comments and feedback. I repeat: this is a groundbreaking and heartening essay, at the right scale, and headed in the right direction. It’s worth taking the time to grapple with. 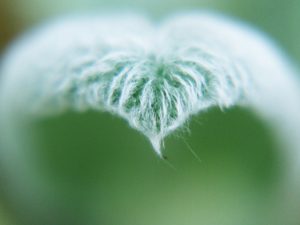