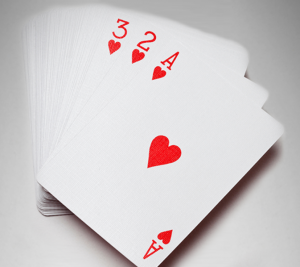 According to Gurdjieff, the mysterious “x-factor” that enters in the moment of conception is not yet soul but essence. Think of it as the hand of cards you’re dealt at the start of a card game. It comprises a set of unique characteristics, including race, gender (and most likely gender orientation), basic body type and other genetic factors, influences emerging from more distant ancestry and bloodline—and yes, that unquantifiable legacy “from the stars” —all combined primarily according to what Teilhard would call “tatonnement” (“trial and error”): evolution’s predilection for trying out any and all possibilities. Cumulatively, all of the above will combine to will confer on you what is commonly known as your “nature.”

Notice how there is no need to stipulate an “artist” God here, specifically designing a unique human being; what’s being pictured here is simply a lawful playing out of a freedom already inherent within Creation itself. Essence is not customized, not micro-managed—at least according to most schools of inner work I’m familiar with. That may take some getting used to, and for those of you finding yourself already in resistance mode, I encourage you simply to let this new perspective settle in a bit. Rest assured that I will that I do intend to talk about the origin of the personal in due course.

Once formed, essence will take its place as one of the three constituent terms in an ongoing dynamism of becoming which, not surprisingly, will play out according to the Law of Three. The other two terms, according to modern Sufi master Kabir Helminski (who reflects this same Wisdom lineage that I myself was trained in) are spirit and heart.

Spirit is that ever-roving, unboundaried, invisible divine dancing partner, participating in every movement of our life according to its own deepest teleology, namely, self-disclosure (Remember “I was a hidden treasure and I longed to be known”?). It generally plays the role of first force, Holy Affirming: ever prodding, nudging, unfolding.

Essence will typically play the role of Holy Denying, the “bloc résistant” in which Spirit will reveal its face. Through its very embodied finitude essence provides both the necessary raw material and the necessary friction to allow the pure movement of spirit to reveal itself in time and form. 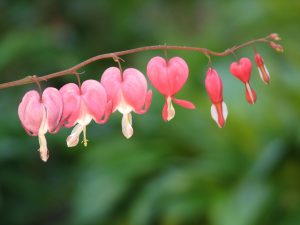 Heart—or conscience—is the alchemical “third term” that is catalyzed in us through a life lived in growing consciousness, authenticity, obedience (as in ob-audire, “listen from the depths”), and that active cultivation of the self-reflective potential miraculously gifted to human consciousness. Heart is the unique fruit of a life wisely and fully engaged. More important, from the perspective of the roadmap I’m laying out here, it contributes the crucial third force, or “holy reconciling,” which makes possible that ultimate desideratum, namely, the fully arisen SOUL. Soul (or as Helminski calls it, “the essential self”) is precisely that “fourth in a new dimension” which arises out of conscious weaving of those other three—spirit, essence, and heart —within the great womb of life.

Jesus seems to be reinforcing this teaching in his celebrated parable of he talents—once you recognize, of course, that the “talents” are not our aptitudes and gifts (which belong to essence), but rather, these soul potentialities transformed and quickened in the light of conscience/heart. This message comes through powerfully as well in the medieval mystic Jacob Boehme; it is in fact the driveshaft of his entire metaphysics. But it peers out as well from any number of other Christian mystics, even those of much more theoretically “traditional” metaphysical training and temperaments. One of the most powerful statements of this principle I know comes in contemporary Jesuit Ladislaus Boros’ spiritual classic, The Mystery of Death:

From the facts of existence and the surrounding world an inner sphere of being a human is built up. This inner man is brought about by a never-ending [conscious] daily application, on the treadmill of duties, annoyances, joys, and difficulties. From these insignificant actions freely performed, the decisive freedom is built up—freedom from oneself, freedom to view one’s own existence from outside…From the crowded days and years of joy and sorrow something has crystallized out, the rudimentary forms of which were already present in all his experiences, his struggle, his creative work, his patience and love—namely, the inner self, the individual supremely individual creation of a man. He has given his own shape to the determinisms of life by a daily conquest of them; he has become master of the multiple relationships that go to make him up by accepting them as the raw material (italics mine) of his self. Now he begins to “be.” (pp. 60-61)

As far as I know, Boros never directly encountered the Christian Inner tradition, let alone the teachings of the Asian spiritual traditions. Yet he has eloquently described here what would be easily recognizable in any of these other streams as “Witnessing Self.” He has captured precisely the same nuance articulated by The Gospel of Thomas, Boehme, Gurdjieff, and Jacob Needleman—namely, that our “soul” is not our raw essence per se, but something of an entirely different nature which is alchemized through the active engagement of essence with heart/consciousness. It is not so much a substance (at least in terms of corporeality as we understand it in this life) but more a process—or as Jacob Boeheme had it, a tincture, a quality of our essential aliveness which shines through the lineaments of this life like a shaft of imperishable light. Above all, it is not conferred at the start, but brought into being in this life through the quality of our conscious work.

“FOOD FOR THE MOON” 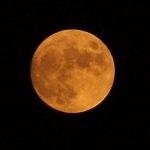 Within the western Wisdom tradition this imperishable “other” is sometimes known as “second body” or “the wedding garment.” Actualizing it is seen— with some urgency—as the real business of our earthly sojourn.

Admittedly, there is a hard edge to this teaching, jolting us into responsible stewardship of our own time in human consciousness. We can choose, if we like, to drift downstream on the currents of pain or pleasure. We can invest our whole life energy worshipping the golden calf of ego. Or we can get with the cosmic program and come to grips with the real purpose of our time here as we humbly acknowledge that soul is not an automatic birthright, but rather, the final alchemy of a life lived here in conscious alignment with higher cosmic purposes.

Furthermore, the tradition states—essentially unequivocally—hat this second body, or wedding garment, must be formed in this life. That is why it is called a wedding garment: because it is the appropriate and necessary regalia for the “wedding banquet” of eternal life—which, incidentally, does not begin after we leave this body, but here and now as this new substantiality we bear within us increasingly allows us to perceive, that the gates of heaven are, truly, everywhere.

This is soulwork in the true sense of the term: not the “soft” version that passes for soulwork today, preoccupied with unraveling dreams and deciphering messages from our “inner guides,” but the adamantine work of bringing something into existence here that will have coherence and substantiality beyond just this realm. Gurdjieff called it our “Real I.”

“You must find that in you that already lives beyond death and begin to live out of it now, “ my teacher Rafe taught me, encapsulating the essence of this teaching in his own plain words. To defer this project till after we die is too late; for in as Jacob Boehme bluntly puts it, “everything lies where it has fallen.” This is not, by the way, a question of “final judgment,” of some higher being deciding you are “unworthy.” It’s simply that the conditions in the next realm out, sometimes known as the Imaginal, are finer and drawn to far closer tolerances than in this life. Only something of a similar fineness will pass through the sieve.

I am theologian enough to know that the immediate argument conventionally trained Christians will raise against this is that it seems to defy the promise of Psalm 139 —“Before I formed you in the womb I knew you”—and replace the intimate and personal nature of our lifelong human relationship with God with an impersonal and even harsh algorithm. I do not believe this is actually so. I will have more to say about the personal in my next blog, with the intuition that this alternative vision, certainly strongly intimated by Jesus, is actually far more merciful and cosmically enobling. 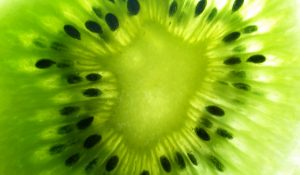 The second objection, of course, is that this sounds like a classic recipe for of spiritual materialism. (I can already picture the internet ads for second-body-building nutritional supplements and “wedding garment” consultants! But the checks-and-balances factor, built right into this equation, lies in the fact that the requisite food for building second body is, in Gurdjieff’s famous formula, “conscious labor and intentional suffering.” Second body cannot be attained through self-maximization, but only through the classic route variously known in the sacred traditions as kenosis and humility. “We ascend by descending, “as the Rule of St. Benedict succinctly observes. There is no other way.

For those who opt out, preferring to live out their days in their egoic comfort zone (a condition known in the Inner tradition in as “sleep”), the potentiality offered at birth to become a soul is simply returned, stillborn. Nothing has germinated here of permanent substantiality; nothing has become viable beyond the womb of this life. Such existences, in Gurdjieff’s words, become “food for the moon.” At death their temporary selfhood dissolves back into its original physical components and takes its small part in the vast network of reciprocal feeding, by which the cosmos bootstraps itself. Nothing is finally wasted.

From the Work perspective, then, abortion is not something that befalls merely a fetus. It happens at all stages, and is in fact the tragic outcome of most human lives. Lulled into complacency by the illusion that we already “have” souls, we fail to engage the real task of spiritual germination and wind up dreaming our lives away.

Only when this inconvenient truth is finally, fully faced will the real question of what it means to be “pro-life” find its authentic balance. 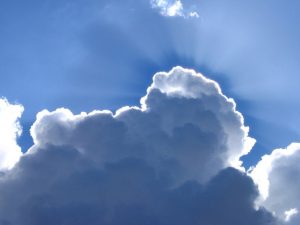