The clear, simple truth: Nothing can fall out of God.

Where would it go? 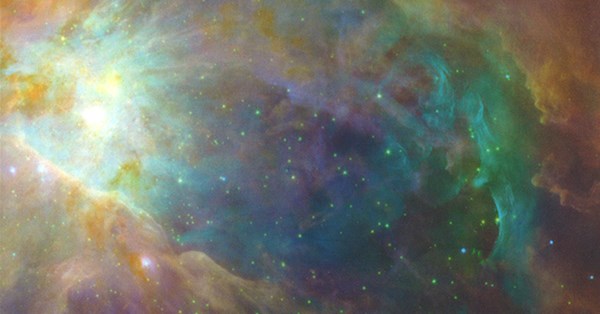 God is not “somebody” (not me)—“somewhere else” (not here.) God is the ALL, the now, the whole; the undivided, dynamic totality of form and formlessness. As Barbara Brown Taylor pictures it so vibrantly in The Luminous Web:

Where is God is this picture? God is all over the place. God is up there, down here, inside my skin and out. God is the web, the energy, the space, the light—not captured in them, as if any of those concepts were more real than what unites them—but revealed in that singular, vast net of relationship that animates everything that is. (p. 74)

We are pouring from fullness to fullness here. 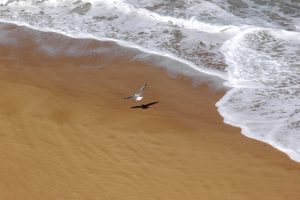 From the perspective of the cove, the tide rises and falls in great contrasting cycles. A wharf riding gently at sea level on the high tide may be perched fifteen feet above a mudflat when the tide has emptied out. The sea ebbs and flows; the cove appears as “full” or “empty.” But from the perspective of the ocean, the volume of water is always the same; like a great watery amoeba it simply extends and retracts its arms into the nooks and crannies of coastline from its own serenely undiminished magnitude.

When we think about life in terms of rising-and-falling, beginning-and-ending, we are betraying our finite perspective. “The individual drop that we are disappears in time,” writes Raimon Panikkar in Christophany (p. 130). “But the personal water that we are (the drop’s water) lives eternally—if, that is, we have succeeded in realizing the (divine) water that we are.” If, in other words, if we have succeeded in shifting our perspective from cove to ocean.

It’s not easy, for sure. Down here in earth-time, the fleetingness of duration weighs heavily on us. “The paths of glory lead but to the grave,” Thomas Grey famously lamented. So brief the duration of a human life; so quickly over and gone. And when that life is but embryonic, cut off before it is even born, the pathos seems doubly brutal. We feel it as an exception, a violation. We do not see—do not want to see—even the slightest continuity with the universal, impartial agency of those “Ways of Life” Teilhard speaks of—ingenuity, profusion, indifference (!!)—to which all lower orders in the chain of life are bound. Duration seems so precious to us when it comes to human beings; less so, perhaps when we try to extend it to virtual particles or stars exploding in-and-out of existence in distant galaxies—or for that matter, to the millions of un-germinated seeds for every fetus engendered; to the ants, viruses, butterflies, starfish washed up on a beach in a freak flood tide, abandoned pets, livestock en route to the slaughterhouse…. Where do our hearts draw the line?

“Only from the spirit, where it reaches its felt paroxysm, will the antinomy clear,” writes Teilhard—“and the world’s indifference to its elements will be transformed into an immense solicitude—in the sphere of the person.” But perhaps not quite in the way we are expecting. Personhood does not change the laws to which the entire created order is bound, but perhaps it gives us some perspective by rescuing consciousness from its captivity to duration.

So what about all those “souls” who don’t get a chance to live this life, spread their wings, even draw their first breath? Is something unbearably precious lost forever? As I ponder, from my own human perspective, the pathos of a life seemingly cut short in time, I find myself drawn back time and again to one of this haunting poem by Laura Gilpin (entitled “The Two-headed Calf”), which I first came across in Belden Lane’s spiritual classic, The Solace of Fierce Landscapes.

Tomorrow when the farm boys find this

freak of nature, they will wrap his body

in newspaper and carry him to the museum.

But tonight he is alive in the north

field with his mother. It is a perfect

summer evening: the moon rising over

the orchard, the wind in the grass. And

as he stares into the sky, there are

twice as many stars as usual. 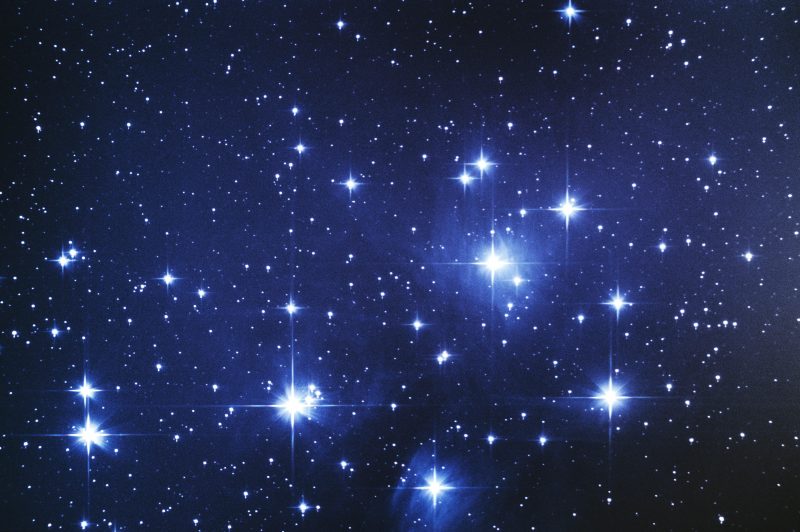 I offer this poem as a kind of dark solace in the face of that sickening, “punched-in-the gut” feeling that arises whenever we try to fathom a life that will never know the grace of duration in time. All life is one life, ultimately, and this one life is in the hands of God and is the hands of God. As humans, we properly feel grief and immense pathos when a potential life trajectory is suddenly cut off, either intentionally or by accident, and it is right that we should; that is the nature of our human sentiency. But to the extent that we can open our hearts and learn to feel all of life—in all its myriad yet particular forms— as the seamless sentiency of God, then perhaps we can loosen our grip on individual duration and let the unbroken wholeness of life flow according its own mysterious deeper rhythm. The antidote to hardness of heart (from which our culture certainly suffers) may not lie so much in exaggerating the rights of the unborn as in opening our hearts more deeply to the unity—and freefall—that is divine love. 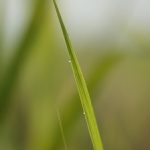 Nothing can fall out of God. Each and every created essence—whether plant, mineral, animal, human—participates in the symphony of divine self-disclosure in its own way and knows the fullness of divine mercy according to its own mode of perceptivity. Even a stone. Even a blade of grass. Most certainly a fetus. Most certainly at the hour of our death. Duration does not affect that holographic fullness, presumably even in a virtual particle. Even—sometimes especially—in brevity, the intensity of the whole is conveyed in a heightened form—twice as many stars as usual!

Granted, the gift of time gives us the window of opportunity to do some pretty amazing stuff—like developing a soul, for one! But the soul is for cosmic service. Cosmic FULLNESS is something else again. It is the free and gratuitous birthright bestowed by God on every quark and particle of the created order. And we get to participate in it freely, fully, here and now, simply because each one of us is a tiny shareholder in the divine aliveness.

Nor does even an “interrupted life” ever pass out of the knowingness of God. “Before I formed you in the womb, I knew you,” says Psalm 139— and if we turn that promise just slightly sideways, we can see in it a deeper assurance that may have slipped by us on the first pass. Each individualized life is a trajectory—a probability wave, quantum physicists would call it—of divine self-manifestation that already exists in the heart of God. The heart of God is the infinite abyss of all possibilities. Its time will come round again. 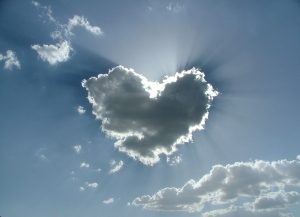