As we come down the home stretch in this extended Wisdom inquiry into the abortion issue, I’ve tried to draw together here some of the most important implications and “business arising” out this exploration. Most of my following “top five” have already been touched on in previous blogs, but a few are new (though obviously following from points already raised.) Here we go: 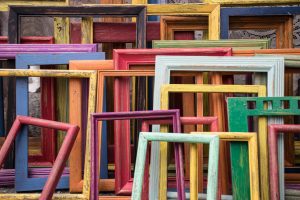 The whole conversation around the abortion issue needs to begin with a comprehensive reframing of the metaphysical assumptions on which it rests: away from a substance-theology-driven fixation on nailing down the precise moment when “life” begins (implicitly understood as meaning an individual human soul) and toward a wider appreciation of the entire life journey as a single, interwoven dynamism of “soul-making” in which each stage of the journey is equally vulnerable and precious. When does a daffodil become a daffodil? Is daffodil the bulb? The shoot? The bud? The flower? It is all of the above, yet none insofar as a stage is taken in isolation. In the traditional Wisdom maps—confirmed as well as in the more dynamic relational models emerging from the leading edges of biophysics and evolutionary theology—the term “pro-life” can no longer be usurped by any single phase of the journey, for the soul is the fruit of the entire life journey, not merely of the moment of conception.

This Wisdom understanding of “pro-life” assumes that the boundaries demarcating an individual life from the greater relational field that has supported its gestation/individuation —and will continue to do so for the entire course of its life— are always a bit indistinct, marked by considerable reciprocity at each step of the way. Attempting to establish identity by separating an individual element from the whole is an old, old metaphysical habit that no longer matches the shape of our dynamically interwoven universe. At every phase life makes its way juggling difficult balances and hard trade-offs. To be pro-life— not merely “pro-birth”—implies an acknowledgement of that challenging terrain and the willingness to bring forbearance and mercy to the entire unfolding. 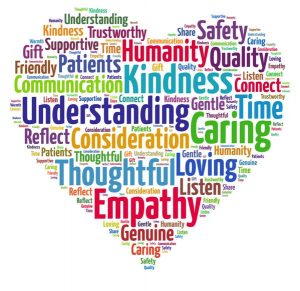 As an important initial step in that direction, we need to become much more forbearing and merciful in our use of language. Precision is necessary—“soul,” life, and “individual essence” are NOT synonyms, and when used as if they are, they result in creating what Arthur Lovejoy once defined as emotional pathos—language wielded for sentimental and/or manipulative effect. Christianity is already vulnerable enough to that sort of emotional manipulation; it has been standard devotional and even theological practice for centuries. We need to tread extremely gently here, and to be doubly alert to well-worn rut tracks of associative thinking,

Above all, it seems to me that the word “murder” has no place in any helpful discussion of the abortion issue. Technically, yes, abortion terminates an incipient human life. But when connotation—not merely denotation—is factored in, murder typically implies malevolent intent; it already presumes a crime. 1 (see footnote) To impose this set of associations on a decision-making process which virtually always unfolds in the realm of human anguish is inflammatory and cruel. Is it also murder to “put down” a pet? To withdraw life support from a loved one following a catastrophic stroke? Do these decisions—which also terminate a life—always presume malevolent intent?

At very most, we are speaking here of “fetal homicide.” My own preference would be to recognize that in those great liminal zones surrounding birth and death, where life is not yet (or no longer) fully viable on its own, we need a whole different way of languaging those painful but sometimes necessary decisions to end the life of another sentient being. I am not suggesting euphemism here, but rather an honest and compassionate clarity that would serve the goal of healing—not simply anger and blame. 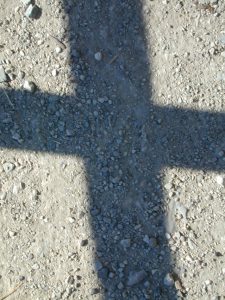 That being said, abortion does end the life of another sentient being, and such a decision is never easy or pain-free. It inflicts deep wounds on the human psyche (I believe this is true even in the case of putting down a pet), and these wounds are long in healing and reverberate on many planes; in that sense, abortion is a karmic act. Because of the harm it invariably engenders (to self, fetus, relationship), it is never simply a medical “procedure,” let alone a “normal” method of birth control. It should always be considered exceptional: a “least preferable” option to be invoked only after alternatives have been carefully weighed and rejected.

Since the clearly documented shadow side of abortion still tends to be under-acknowledged in pro-choice presentations, there seems to be an obvious need for a more balanced emphasis in sexual education, together with a concerted effort to make standard forms of contraception readily and blamelessly available: the only strategy to date that has yielded a conclusive and consistent success rate. And yes, here again, it’s a trade-off between high principles and sustainable results. From my admittedly pragmatic angle of vision, it seems that if the Catholic Church could ever see its way clear to constraining the rights of the “potentially conceived” in favor of those already conceived (i.e., contraception as the only realistic “preferable alternative” to abortion), I suspect that the vast bulk of its pro-life agenda would be instantly achieved. 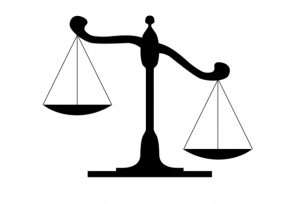 While abortion is never the preferred option, I believe it needs to remain a protected legal option. The Wisdom model provides additional validation for doing so in affirming the equal importance all stages of life and exposing the implicit Catholic/evangelical theological bias at work in the presumption that the rights of the unborn take precedence over the rights of the mother. In an increasingly pluralistic America, where many religions and no religion offer competing moral compasses, it is more important than ever to establish a legally protected space in which difficult personal decisions can be arrived at through personal conscience, not through the legal imposition of sectarian dogma. I return here again to my earlier proposal of a “two-tier” system stipulating that included among the fundamental ‘first tier” rights is:

the right for a woman to control her own body and to hold the decisive vote as to whether a new life will be formed within her body.

Beyond that baseline—at what I’ve called “second tier”—adherents of specific religious paths would have the full freedom to practice a higher level of moral observance according to the understandings of their particular faith tradition. It simply would not be universally binding. 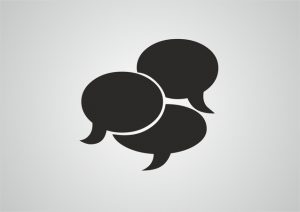 Beyond those immediate issues raised by the abortion issue itself, the even greater challenge has proved to lie in figuring out a way to hold this conversation at all! And I’m not just talking about the differences of opinion and occasionally painful give-and-take as challenging new ideas are collectively pondered; I’m asking why thoughtful pondering of the kind we’ve been sharing here is such a painful rarity in our cultural conversation nowadays. As I racked my brains to think of a journal, a publishing house, an academic or retreat setting that might sponsor such a discussion, I quickly realized there were none. “Too far afield” for traditional theological journals; “too political” for academic or contemplative specializations; “too provocative” for retreat or even Living School fare, where one wishes to avoid giving offense to those who might be challenged or made personally uncomfortable by the exchange—“Cynthia is misusing her post as a teacher to wander into such dangerous personal ground.”

It has seemed to me for a long time now that the most urgent long-range need facing our country today is for some cultural forum—beyond an internet blog series—where the important questions and issues impinging on our common humanity can actually be weighed and discussed. A Wisdom chautauqua, as it were. But what sort of forum would that be, and where would it take place?

Traditionally issues of ethics and morality have been discussed and enforced within specific faith traditions. But today there is no longer a single faith tradition undergirding our civic morality, and given the prevailing contemporary interpretation of the First Amendment, it is no longer easily acceptable to teach subject matter traditionally identified as belonging to the “religious” sector in a secular educational setting. The big questions that have traditionally guided human ethical progress—“Who am I?” “What am I here for?” “Who is my neighbor?” “Is there anything beyond self-interest?” “Is there a higher purpose or coherence to the universe?”—are perceived as spiritually booby-trapped (alas, often true!) and hence off-limits for the purposes of public education. Meanwhile, given the continuing hemorrhaging in most mainstream religious denominations, it is far from a foregone conclusion that younger generations of Americans will be exposed to these ideas even within a religious setting.

The vacuum is lethal—filled, by default, simply with the clichés and role-modeling available from the entertainment and marketing sectors. The highest and finest of what has traditionally made us human has effectively been closed out of our cultural transmission. 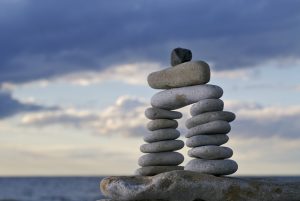 This becomes particularly pressing when we attempt to explore the concept of a developmental soul, for it clearly presumes a sacred context for the human condition, a meaning to life not realized in personal self-maximization but in cosmic obligation and the sense of participation in a larger coherent whole. It is here and only here, the great sacred traditions unanimously affirm, that the ultimate meaning and satisfaction of human life are to be found. It is here and only here, one might add, that the attitudes, vision, and practices that can carry our planet safely into the future are to be found. And it is only at this scale—against the wider backdrop of the meaning of all of life, considered as a unified trans-cosmic whole, will the meaning and gravity of fetal abortion finally come into a rightful perspective. If we are not able even to raise these questions—let alone, wrestle with them, grow into them— what hope to we have in steering our planet wisely through these turbulent times?

Like many citizens in our country today, I’ve come to hate gerrymandering—that political sleight of hand that hacks up functional geopolitical units in order to create political firewalls. But even more than political gerrymandering, I loathe cultural and spiritual gerrymandering, which chops up the unified terrain of the human heart into a thousandfold denominational and academic fiefdoms in such a way that the great river of our collective human wisdom can no longer flow freely through it. The tragedy, of course, is that it is only our collective human wisdom that will save us.

Any bright ideas as to how such a container might be created? 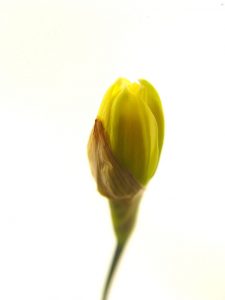 footnote: 1 Black’s Law Dictionary defines “murder” as the unlawful killing of a human being by another with malice aforethought, either expressed or implied. A “homicide” is defined as the act of a human being in taking away the life of another human being.