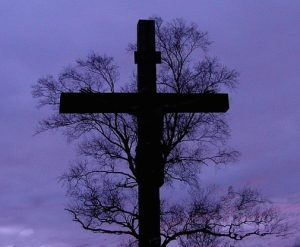 The biggest challenge in wrapping one’s head around this Wisdom notion of a developmental soul — at least for traditionally reared religious folks — is that it seems to fly in the face of that well-loved Biblical assurance that God is personally and intimately invested in the creation of each and every human being. “For you yourself created my inmost parts; you knit me together in my mother’s womb,” the psalm text assures. In the face of this apparently explicit assurance that each human soul originates in God and reflects God’s personal handiwork, the alternative version — that developing a soul is the principal business of this life and that not all human lives will get there — seems bleak and impersonal. What could possibly be the advantage of looking at things this way?

The advantage is that it might — just might — knock us out of a cul de sac of sloppy and sentimental thinking based on an antiquated metaphysics that is no longer supported by science. 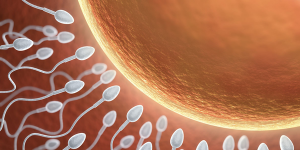 You may have already noticed how some of this sloppiness has slipped into some of comments generated in this blog series. There is a strong tendency to use the terms “life,” “soul,” and “human person” interchangeably, as if they are equivalent. They manifestly are not. “Life begins at conception,” some of you have passionately reiterated — but not so; according to contemporary scientific models; life is already well underway at the time of conception; it is a property already shared by sperm and egg since it belongs as a general condition to the biosphere. Nor is the soul created at conception, if the developmental roadmap is to be taken seriously; soul is the fruit of the journey, not the seed.

What is created in that “ignition” moment at conception — and yes, it is a pivotal moment — is the individual human life, the temporarily separated spark of divine consciousness that will have the option, with tenacity and luck, to return to the divine fullness having realized a very different kind of substantiality within the cosmos.

The Wisdom teaching is clear: below a certain threshold and death brings an end to this temporary sense of individuated selfhood. The “soul” is not destroyed, (since it has not yet come into being in the first place); the individual essence components are simply reabsorbed back into the biosphere. As Jesus himself expresses this ancient teaching in the Gospel of Mary Magdalene,

All of nature with its forms and creatures exist together and are interwoven with each other. They will be resolved back, however, to their own proper origin, for the compositions of matter return to the original roots of their nature…

Above this threshold — with the crystallization of what we have been calling “second body” or soul in the true esoteric sense of the term, this dissolution does not take place (not immediately, at any rate). The individuality thus formed as the fruit of “conscious labor and intentional suffering” can hold his or her personhood within a wider spiritual cosmos which is not affected by the dissolution of the physical (earth-plane) body. This attainment is always viewed as being for cosmic servanthood, not for personal glory.

TEILHARD AND THE PERSONAL

Interestingly, Teilhard de Chardin arrives at a remarkably similar assessment from his scientific perspective. There is indeed a dividing line, he feels, and it is integrally related to some threshold of consciousness crossed in the human species. As he writes with astonishing power toward the end of The Human Phenomenon (p. 194:)

Certainly the human being appears to disintegrate just like the animal. But here and there the phenomenon functions in reverse. Through death in the animal the radial [energy] is reabsorbed into the tangential. In the human, the radial escapes the tangential and is freed from it. There is an escape from entropy by a sudden reversal toward Omega. Death itself is hominized.” 1

Yes, the Wisdom tradition would agree. That is precisely what happens. But whereas Teilhard would at first appear to be according this “escape from the law of entropy” to all humans, the developmental model would assert that it in fact occurs to only some of them: those who, in the course of their lives have acquired/developed a soul — or, to put it in Teilhardian language, who have passed from mere individuals to becoming persons.

But is Teilhard in fact conferring this blessing on the entire human species? You have to admit, his “but here and there” is quite a teaser! 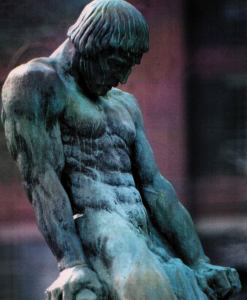 We know from elsewhere in The Human Phenomenon — and in fact, throughout his work — that Teilhard draws a very clear distinction between an individual and a person. For him the two terms are not synonymous, but more like progressive stages of a human journey. The INDIVIDUAL is simply an autonomous human unit operating in accordance with biological necessity. The PERSON has developed the gift of genuine interiority (in a way that dovetails closely with that Boros quote I shared with you in the last email.) This interiority, moreover, is not individualistic or isolationist but is simultaneously the awareness of belonging to a greater whole. It is grounded in a dawning sense of a deeper human collectivity, which is at the same time a new evolutionary emergence.

The journey from individual to person is the essence of what Teilhard means by “hominization.” If this key Teilhardian term is understood to designate not simply the evolutionary appearance of the species homo sapiens, but rather the interior journey within each member of this species as he or she moves toward becoming a person, then we have a model which is essentially in line with the great wisdom lineage, of which Teilhard is our most recent powerful spokesperson.

“AN IMMENSE SOLICITUDE—IN THE SPHERE OF THE PERSON….”

As a biologist, Teilhard knows only too well that the biosphere is characterized by an extravagant wastefulness. Living organisms come into being in astonishing profusion, only to vanish just as quickly. In a powerful philosophical reflection on “The Ways of Life,” tucked into an early chapter in The Human Phenomenon he designates the three core characteristic life as profusion, ingenuity, and indifference toward individuals:

So many times art, poetry, and even philosophy have depicted nature like a woman, blindfolded, trampling down a dust of crushed existences. In life’s profusion we find the first traces of this apparent hardheartedness. Like Tolstoy’s grasshoppers, life passes over a bridge of accumulated corpses…Life is more real than lives, as it has been said…

Perhaps this perspective might be of some dark consolation as we step up to the plate and ponder the apparent “heartlessness” of a model in which many individualized essences, do indeed “spontaneously abort,” failing to transform that initial individualized essence into a soul that will be cosmically viable beyond the womb of this life. This is, as Teilhard points out, simply the universal condition of the biosphere, and insofar as one remains firmly planted in that realm, its laws will continue to hold sway, no matter how hard we stamp our feet and emote about “personal” nature of each newly conceived human life. The individual is not yet the personal. That belongs to another sphere.

But, says Teilhard, the value we are obliquely intuiting here does in fact exist; we are simply looking for it in the wrong place; assigning it to the wrong level of consciousness:

Insofar as the general movement of life becomes more ordered, in spite of periodic resumptions of the offensive the conflict tends to resolve itself. Yet it is cruelly recognizable right to the end. Only from the spirit, where it reaches its felt paroxysm, will the antinomy clear; and the world’s indifference to its elements be transformed into an immense solicitude — in the sphere of the person. (p. 67)

“We are not there yet,” he cautions. And yet he does hold out for us here a pathway of hope, and a way of potentially resolving the fierce impasse around the personal so categorically invested in the newly conceived fetus. By Teilhard’s standards a fetus is a human individual, but it is not yet a person. And in tasting the difference between the two (and the developmental ground to be covered here which is the true meaning of being “pro-life”), we may finally be able to move forward.

1 This passage is filled with Teilhard-speak; my apologies. Tangential energy is for him the physical energy routinely measured by science. Radial energy corresponds to what most esoteric maps would call “psychic” energy: the finer energy of consciousness as it expresses itself in attention, prayer, will, or, for Teilhard, increasing self-articulation and complexification. Omega is his evolutionary endpoint, identical with Christ; “hominized” means transformed in the direction of becoming more fully human in its highest sense: coherent, conscious, compassionate.