An earlier version of this article first appeared at Contemplative Journal

Happy Feast of the Holy Trinity, Wisdom Community! Today is the day the Christian calendar dedicates to the Dance of Life, God as Lover, Beloved, and Love Overflowing—the divine dynamism unfolding creation as the disclosure of the Heart of God. As we contemplate this mystery, I’d like to share with you some thoughts inspired by a teacher our Wisdom lineage claims: the late Raimon Panikkar, easily one of the most significant Christian thinkers of the past century. 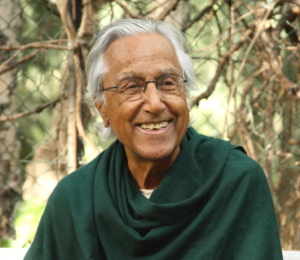 Born in 1918 to a Spanish, Roman Catholic mother and an Indian, Hindu father, interreligious dialogue was in Panikkar’s DNA. In 1946 he was ordained as a Roman Catholic priest, and in 1954 made his way to India to explore more deeply his Hindu roots. Years later, he would joke “I left Europe as a Christian; in India, I discovered I was a Hindu; and I returned as a Buddhist—without ever having ceased to be a Christian.” That gives you a sense of his expansive spirit.

Panikkar coined for us the word “christophany.” Like “theophany”—a manifestation of God (theos)—christophany literally means “a manifestation of Christ.” Panikkar uplifted christophany as an alternative to “christology,” the traditional term for our theology (thoughts, concepts, beliefs) about Jesus. Instead, he wanted to call us into the mystical experience of Jesus. Not “How do we think properly about Jesus?” but “How do experience reality like Jesus?” That’s the task of christophany.

Panikkar said that, for Christians, Jesus can be seen as “the symbol of the whole of reality.”[1] In other words, the mystery disclosed in Jesus—traditionally defined as the full and perfect union of the “human” and the “Divine”—that mystery is, in fact, the mystery at the heart of the entire cosmos, and of every being. “A non-reductive Christian vision,” Panikkar wrote, “should be able to assert that every being is a christophany, a manifestation of the christic adventure of the whole of reality on its way to the infinite mystery.”[2] Jesus shows us what we truly are.

And so Panikkar asked the question: If Jesus prayed to the Father, the Source, “May they all be one, as you and I are one” (John 17:21), and St. Paul admonished the earliest Christians to “let the same mind be in you that was in Christ Jesus” (Phil. 2:5), are Christians not explicitly called into the very consciousness of Jesus, and into the same Divine-human relationship that he experienced? Why then have we so often placed Jesus on a pedestal somewhere above our heads, installing a glass ceiling through which we can lovingly adore him, while preserving his experience as eternally separate from our own?

And what, exactly, was that experience? The Gospel accounts give us second-hand glimpses into Jesus’ understanding of God, and he’s recorded as having talked about his relationship to the Divine in a number of different ways. Taking a stroll through John’s Gospel, we find such varied expressions as: “The Father is greater than I” (John 14:28); “I am in the Father and the Father is in me” (John 14:11); and “I and the Father are one” (John 10:30). Often the glass ceiling is installed right at the last (if not the second) of these sayings, with its explicit declaration of Divine-human unity—only Jesus is allowed to say that (entirely negating the prayer “May they all be one, as you and I are one”). 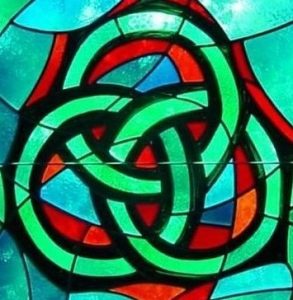 The other risk, however, is to turn these different expressions into a ladder—“The Father is greater than I” being the low rung (kindergarten spirituality) and “The Father and I are one” being the high rung, the “goal” (advanced, grown-up spirituality). What if, instead, these various expressions are not a ladder, but a circle? What if they’re the various facets of the Divine-human relationship that we cycle through, not just in the course of a lifetime, but in the course of a day? And what if each is necessary in cultivating different facets and qualities of our souls?

“God is greater than I” can certainly be important medicine for the ego, cultivating that all-important spiritual quality of humility. And there are times in our lives when all we can do is call on a God greater than ourselves, surrendering our will entirely. But with this relationship alone, we have a purely hierarchical encounter with the Divine, which can all too quickly devolve into legalistic and fear-based spirituality. We also need the intimacy of lover and Beloved, of “I am in God, and God is in me.” This opens a whole new playing field of dance and mutual delight.

These two alone, however, do not allow for the deepest experience of unity, the truth of oneness. And so, “I and God are one” is the final turn of the wheel, dissolving the individual into the ocean of unity. Until, from out of the stillness, the dance of lover and Beloved begins yet again. Of course, the risk here is that having glimpsed unity the ego will return and claim the encounter for itself—and there’s little that’s more dangerous than an inflated ego proclaiming “I am God.” And so, as long as the experience of individual selfhood persists (and why should it not?), we also need the medicine, “God is greater than I.”

All three of these facets of Divine-human relationship are needed in a balanced spirituality—the God who is greater; the God with whom we interabide; and the God who is our own deepest “I,” in whom every hint of separation is lost. Humility, intimacy, and union—these three, interwoven, form “the mind of Christ.” All three are essential to the fabric of the Divine-human relationship revealed in Jesus. Not a ladder, but a circle, a dance: the unfolding movement of becoming that is the “christic adventure of the universe.” 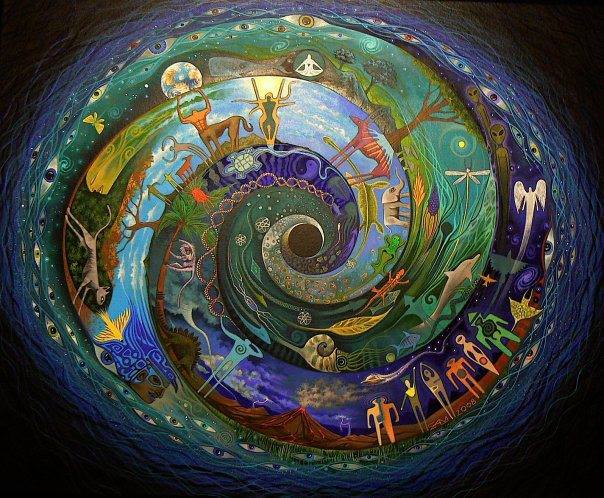 It was the experience of this dance, Panikkar held, that was ultimately framed as the doctrine of the Holy Trinity: a staggering leap beyond traditional monotheism that the Church has never really caught up with. Jesus’ own experience of God could not be confined to a rigid monotheism that preserved an eternal divide between creature and Creator. But neither could it be understood in terms of a simple monism or pantheism that dissolved all distinction and relationship. Instead, it was a nondual vision: “not one, not two; both one and two.” This, Panikkar, believed, was the intuition behind the Trinitarian mandala—understood not as abstract doctrine, but as mystical experience.

Panikkar maintained: “…the whole of reality could be called, in Christian language, Father, Christ, Holy Spirit—the Font of all reality, reality in its act of being (that is, its becoming, the existing reality which is “the whole Christ,” not yet fully realized), and the Spirit (the wind, the divine energy that maintains the perichoresis [circle dance] in movement).”[3] The Trinity, then, is not a description of a God “out there,” but the deep, triadic structure of reality itself: “God the Father,” the Unmanifest ground of all potentiality; “God the Son,” Divinity incarnate as cosmos (“the whole Christ” in its act of becoming and unfolding); “God the Spirit,” the principle of manifestation and return, of perichoretic motion. Unmanifest, Manifest, and (Un)Manifesting—the whole of Reality in its eternal dance: God the Holy Trinity.

Approached in this way, the Trinity is not a doctrine to be opposed to other doctrines—a way for Christianity to play one-upmanship with other religions. It’s instead an experience to be entered into. Panikkar challenges us to join in the fullness of this Trinitarian dance that is life itself: to cultivate humility, intimacy, and union, both with and as the Divine. He calls us to live consciously as christophany, a manifestation of the christic adventure of the whole of reality, on its way to the infinite mystery. May we with boldness take up the call.