Part 3 of a three-part blog series by Cynthia Bourgeault 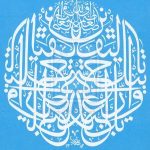 I cannot emphasize strongly enough that the word imaginal does not mean “imaginary.” That unfortunate but all too understandable confusion was created by Henry Corbin, the noted Islamic scholar, when he introduced the term Mundus Imaginalis to name that intermediate, invisible realm of causality that figures so prominently in mystical Islamic cosmology. But Corbin was drawing here on a highly technical and quintessentially Islamic notion of Imagination as itself one of those higher and more subtle energies, possessing being, will, objectivity, and creative function. To our modern Western ears, the word “imaginal” may indeed seem to suggest some private, interior, or subjective inner landscape, “make-believe” or fanciful by nature. But while it is typically associated with the world of dreams, visions, and prophecy—i.e., more subtle form—the imaginal is always understood within traditional metaphysics to be objectively real and in fact comprising “an ontological reality entirely superior to that of mere possibility.” (Gospel of Mary Magdalene, p. 153.) It designates a sphere that is not less real but more real than our so-called “objective reality” and whose generative energy can (and does) change the course of events in this world. Small though it may appear to be, it is mighty, as those who try to swim against it will readily attest.

Walter Wink, one of the few Western theologians as yet to deal appreciatively with the imaginal realm, describes how this “generative” causality played out in the events following the resurrection. His comments below offer a clear window into both of these key points: that imaginal reality is “objective” and that it carries real force:

It is a prejudice of modern thought that events happen only in the outer world. What Christians regard as the most significant event in human history happened, according to the gospels, in the psychic realm, and it altered external history irrevocably. Ascension was an “objective” event, if you will, but it took place in the imaginal realm, at the substratum of human existence where the most fundamental changes in consciousness take place. The ascension was a “fact” on the imaginal plane, not just an assertion of faith. It irreversibly altered the nature of the disciples’ consciousness. (quoted from The Meaning of Mary Magdalene, 166-7)

One need only to read the Book of Acts to sense the breadth and power of this change in the disciples’ consciousness and to grasp the implications of what Wink is saying here. Not all constructions are illusions, for sure! However and wherever these disciples came to it, they emerged from the post-resurrection events infused with a clear and high sense of purpose, resolve, empowerment, and above all, the unshakable confidence that their Lord was still present with them—which at the imaginal level is indisputedly true. With their oars planted firmly in that kingdom, they moved forward to change the world. This is exactly what Corbin was trying convey by the word “imagination,” understood in the traditional sense. Imaginal reality is a valid construction which, by changing consciousness in its inner ground, changes the nature of reality in the outer world. For this world as we know it is simply the outer form—Isaak Dinesen’s snake skin— within which runs that fiery, innermost aliveness. At least when things are working well, that is. 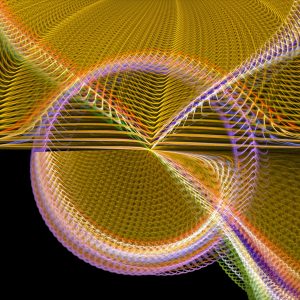 Because of this demonstrated capacity to affect outcome in this world, the imaginal realm has long been associated with the world of dreams, prophecy, and oracles. To attuned hearts, it does indeed seem to send “messages.” That is why it often is equated with the “subtle” level of consciousness in Asian-influenced typologies such as those promulgated by contemporary philosopher Ken Wilber. There is truth here, to be sure, but remember that these “levels of consciousness” maps are all essentially “upper left quadrant” metaphysics, to use Wilberspeak—or in other words, geared to the individual interior journey and individual transformation. Properly understood through its own Western filter, the imaginal realm is collective and evolutionary; its ultimate purpose is to guide, shape, nourish, and where necessary offer course-corrections to our entire planetary and interplanetary unfolding. As an objectively verifiable realm, interpenetrating our earth plane and operating at a twice-higher frequency of spiritual intensity and coherence (more on that to follow shortly), it is a life within a life, and its laws, interpenetrating our own, provide the inner template by which the outer unfolding can proceed rightly.

Therefore, it is also and primarily supremely the realm of cosmic assistance. It is the “place” from which saints, teachers, masters, and all manner of abler souls reach out across the apparent divide between the worlds to support or where necessary modify earthly outcomes in tandem with willing and attuned hearts here below. 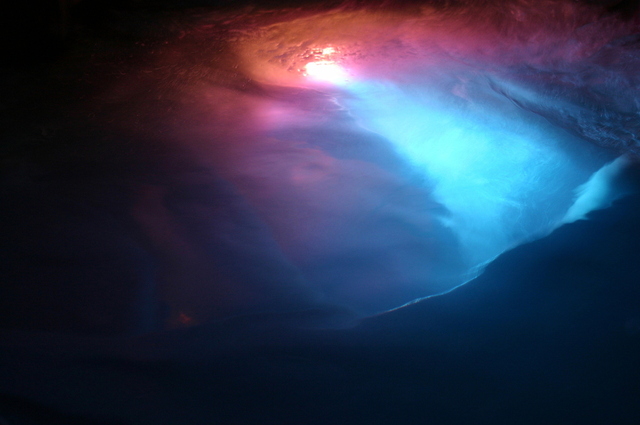