Each month, a Northeast Wisdom voice is offering a reflection on a chapter from Bruno Barnhart’s The Future of Wisdom.  This month, it’s my turn with Chapter 3, “Movement II: The Eastern Turn.”  I admittedly found Chapters 1 and 2 a bit of a slog (somewhat overly academic and technical in language), but not without enough incandescent gems scattered along the way to keep me turning the pages.  For me, Chapter 3, however, hit the ground running!

Here, Bruno brings the experience of nondual consciousness front and center, and (fascinatingly) ties it to baptismal identity (of all things!).  When I first read this book over a decade ago, this linking didn’t make much sense to me—it felt strange and forced, and left me scratching my head.  Reading it now, the same idea lit up for me beautifully.  “Little by little…” they say.  I’ll summarize and comment on some of Bruno’s main points from this chapter as we go. 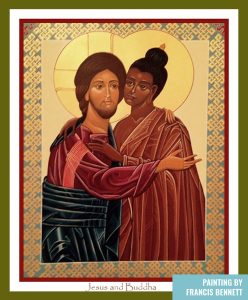 traditions”—Hinduism, Buddhism, and Taoism.  He points out that this encounter has significantly altered the way Christians think of “meditation”—less as “a process of reflection on revealed realities” or “a quiet gazing” and more and more as “a silent descent into the depths of the person” and “an experience of nonduality or pure consciousness.”  This reorients our understanding of contemplative practice away from “the key of relationality and intentionality to the key of identity or pure interiority.”  This shift is monumental.

This “key of identity” has been largely underdeveloped in the Christian West, where we’ve tended to focus on a fairly dualistic “relationship” with God, who is imagined as eternally separate and other.  To claim identity with God is just as blasphemous in most Christian quarters today as it was when Jesus claimed it 2,000 years ago in Judaism (and we know how that turned out).  The Christian solution, of course, was to allow Jesus, and Jesus alone, to speak so blasphemous a claim, and then to go right back to the status quo of a dualistic God.

Our 20th century encounter with the nondual traditions, however, has created an opening in Christianity the likes of which we haven’t seen before, allowing radical new ways of framing, imagining, and theologizing the Gospel.  This has gifted us with what Bruno calls “the recovery of a unitive interpretation,” which he finds particularly in the writings of St. Paul and St. John.  For Bruno, then, nonduality doesn’t represent an alien invasion into Christian soil, but rather the recovery of an underdeveloped and oft-forgotten thread (perhaps we should even say a linch-pin or tie-rod!) of Christian self-understanding. 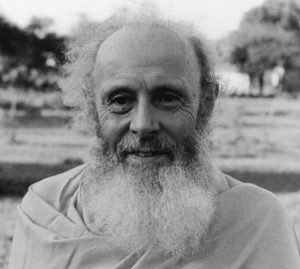 representative of two different (and positive) Christian approaches to nonduality, specifically in relation to Advaita’s teaching on pure identity.  Le Saux ultimately embraced Advaita without qualification, seeing it as one with the essence of the Gospel.  He wrote: “The discovery of Christ’s I AM is the ruin of any Christian theology, for all notions are burnt within the fire of experience,” and again, “I feel too much, more and more, the blazing fire of this I AM, in which all notions about Christ’s personality, ontology, history, etc., have disappeared.  And I find his real mystery shining in every awakening man, in every mythos.”  For Le Saux, all was burned away in the pure identity and oneness that everything shares with Christ’s essential I AM.

Fr. Bede was somewhat more reserved in his approach to Advaita, emphasizing instead “unity in distinction” over pure identity.  For Bede, preserving distinction, even in unity, “is what distinguishes the Christian experience of God from that of the Hindu.  The Hindu in his deepest experience of 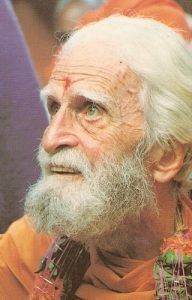 advaita knows God in an identity of being.  ‘I am Brahman.’  ‘Thou art that.’  The Christian experiences God in a communion of being…”  We see Bede “hedging his bets” and taking an approach that was more easily squared with Christian orthodoxy.

Rather than pick a side between these two positions, Bruno states, “I believe that the models of Christian nonduality proposed by Abhishiktananda and by Bede Griffiths are both valid.”  He sees each as representing one facet of the Christian experience, labeling them as “radical” and “interpersonal” nonduality, respectively.  For Bruno, radical nonduality points to our experience of baptismal identity (which we’ll explore further below), in which we share in Jesus’ experience of oneness with “the root or ground, the Source, the Father.”  Interpersonal nonduality we experience in the Christian koinonia, the unfolding community that is the Body of Christ.  One is an experience of oneness along the vertical axis; the other, along the horizontal (the “Cross of Christ” in which, Bruno says, “Trinity and creation become one”).  For Bruno, either vision is incomplete without the other.

But what was that about baptism?  Bruno claims that in this 2nd Movement “the first pivotal meeting point of Hindu Vedanta with Christianity is to be found in bringing together the realization of the nondual Self and baptismal initiation.”  For Bruno, baptism is a sacramental initiation into nondual selfhood—the egoic, separate self is drowned or buried, and we are raised into the one unitive Self of Christ.  Bruno admits that the full force of this symbolism (and its initiatory power) faded in the Church as adult baptism became secondary and infant baptism the norm.

He writes of the baptismal awakening: “Our new birth, the birth into our truest, deepest identity, is an awakening to 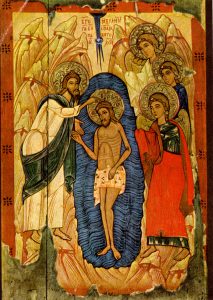 the divine nonduality, to our being in God, our birth and life in the Only-begotten of God.”  Notice what he so elegantly does here: the language of “Only-begotten”—which in so much of Western Christianity is used exclusively and dualistically (i.e., “Jesus is the Only-begotten and so you’re not!”)—becomes nondual and inclusive (i.e., “We all participate in the Only-begotten, because there’s only One!”).  In baptism, we enter into identity with Jesus, who shares in identity with the Source.  Baptism is the initiatory doorway into our deepest Self.

This, Bruno argues, undoes much of the general trajectory of Western spirituality, which has focused on a spirituality of ascent, of the ladder, of a great exitus-reditus.  In most of our spiritual roadmaps, he writes, “Divine union, if attained, was to be experienced as the fruit of a life of holiness, rather than as the initial gift of identity in Christ.”  Baptismal identity subverts this however, as “it is implicit in this baptismal identity with the divine-human Jesus that the fullness is present at the beginning.”  Fullness isn’t found at the top of a ladder, up and out of the world; it isn’t acquired or achieved or attained, but simply given, here and now: “The fullness is yourself, what you are in Christ and in God.  To know this in actuality is freedom.”

This is the crux of reclaiming Christian baptismal identity, understood in light of nonduality:

Now we discover, as did the first Christians, that God is within us, one with our very being, our self.  Not only do we have a personal relationship with God in and through Christ but a union—even an identity—with Christ and thereby with God.  Through baptism, we are originally one with God in Jesus Christ: here is the core of Christianity.

While this immediate, given fullness is present from the beginning (not earned or obtained), it nevertheless unfolds in and through time and human relationship: “We discover that the pattern of life is a movement from an original, seminal fullness to a mature fullness: from baptism to eucharist.”  And so again, Christian nonduality must always include both the horizontal and vertical axes: “In Jesus himself, in his church, and in each of his disciples, these two axes intersect.  At every moment Christian life is the meeting place of divine immediacy and of history.  Our being-with-God is at once relationship and identity, dual and nondual.”

I’m amazed at how easy, obvious, and natural Bruno makes this integration appear, when Bede and Abhishiktananda struggled for years to find a comfortable point of meeting between these two poles (Abhishiktananda’s journals show us a soul tortured by his attempt to reconcile Christianity and Advaita).  Surely it’s a sign of how far we’ve come, and of the value and validity of the work these great pioneers engaged in, that Bruno can sum it all up in what amounts to a “D’uh!”

But where again is this all taught in the New Testament?  I found Bruno’s location incredibly helpful.  While the unitive principle can be found in the writings of Paul or John, Bruno emphasizes that “the New Testament is anything but an abstract textbook on unitive reality or knowledge; it is 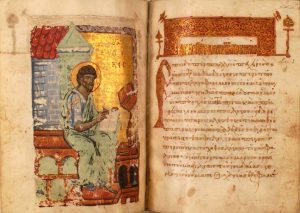 often, however, a mystagogy: an initiation into unitive experience.”  The stories and encounters we inhabit in Scripture are not a handbook, but an initiation into the Unitive, as we take the journey they symbolize into ourselves: “we must expect ultimately to know it less as an objective concept than as the very reality-density of our reading of these Scriptures.  It will be manifest in our own resonance with the word, in our own progressive union with the word, our personal unity realized in contact with the word: as our own assimilation to the One.”  Take that with you the next time you pick up your Bible!

Finally, I was incredibly moved by Bruno’s summation of the Christian life as a movement “from baptism to eucharist,” which he sees as the sacramental movement of Jesus’ own life.  In baptism, we discover our own divine identity, our original fullness; from that discovery, our life overflows as self-giving, as eucharist.  Again, these two movements correspond to the vertical and horizontal axes, to radical and interpersonal nonduality.  So often it seems that approaches to “radical nonduality” emphasize this discovery of “pure identity” as an end in itself–the entire goal of the journey.  Here, Bruno shows it to be only a beginning, out of which life overflows as “This is my Body, given for you…”  Amen to that! 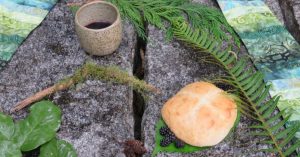 What a wild and beautifully integrative ride this “Movement II: The Eastern Turn” was.  Thank you, Fr. Bruno!  Now bring on Movement III!