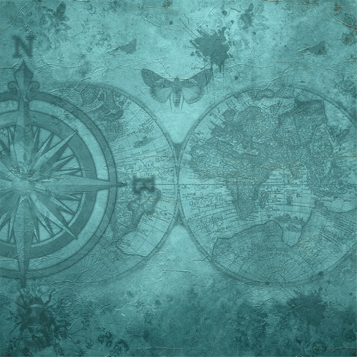 Not a mistake. Not a disaster. Not over. This summarizes my reflection on Bruno’s analysis of the Western Turn in the re-emergence of Christian Wisdom in our time. I begin by noting that for those of us who are not scholars or academics, or who are old enough to have forgotten most of what we learned in our Western Civilization courses, the term “modern” calls up notions not much longer ago than the last hundred years or so: the age of automobiles and airplanes; of instant and constant communication through radio and television, email and internet; of quarks and quanta and other things we don’t really understand. That observation is perhaps a commentary on what is often perceived as the audaciously arrogant character of the West. 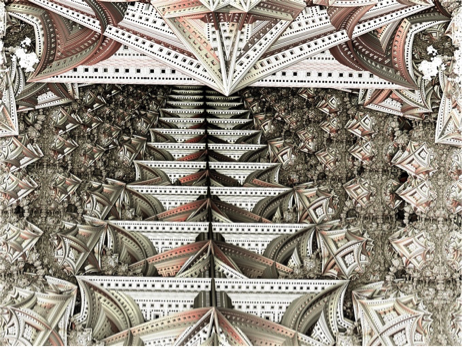 But Bruno situates the modern Western turn as beginning nearly a thousand years ago, and he sees within that millennium the radical unfolding of the Christ-event in the arc of history of Western civilization. More particularly, it is precisely in, rather than in spite of, the predominantly horizontal-axis trajectory of that history, that he finds the deepening descent of the incarnation—of God coming into this world in ever-wider immanence and universality.

He calls out what he refers to as the Western Axial period characterized by the “emergence of the individual person from the collective matrix of religion, society, and culture.” With this emergence came a new autonomy in the intellectual sphere—leading to a sense of personal freedom and creativity, a permission to engage in critical thought and free discussion, a questioning of tradition and institutions, and a realization of the power to bring about changes in the structures of society.Collectively these movements gave birth to what we now know as the secular world. 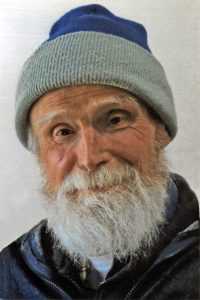 Before tracing the shape of Western history, Bruno pauses to discuss the distinction between the Eastern “self” and the Western “person.” The former being “realized through detachment from this world and from the ego, and ultimately by absorption of the individual into the beginning, the Absolute; one’s individual self lost…in a return to the One, to the uncarved block.” The latter, the Western person, he describes as, “relational, active, projected into the world and making a home here…creative, participating in a significant story, and a progressive history.” He notes that our Western spiritual traditions have “wavered between Eastern self and Western person, with little theological understanding of the territory.” For Bruno, “Jesus, in whom God is manifest as a human person, reveals the unity and continuity of the Eastern and Western.”

Having painted this background, Bruno puts forth the following cautionary and prescriptive statements to consider: “A Christian wisdom, to be adequate today, must open itself both eastward and westward: to the nondual self and its uncontained consciousness and to the emergent conscious, free and creative person in the world—as well as to the dynamism of history, understood as centered in the Christ-event.” He continues, saying, “These westward elements, I believe, are the fruits of the Christ-event. The church must open itself in the same two opposing directions.” 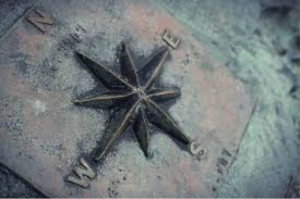 As I reflect on the entirety of this chapter on the Western Turn, what I see as its power and resonance is Bruno’s masterful exposition and juxtaposition of the thought of a wide-ranging group of theoretical historians, philosophers, sociologists, and theologians, through which he draws, develops, and expounds his own keen insights.

I readily admit that for me, with no formal training in these areas, it was sometimes frustratingly tedious to slog through to a glimmer of understanding of some of these difficult ideas, and that I frequently sat with dictionary and iPad Wikipedia at hand. But with Bruno as guide and companion, it was attainable and nourishing.

Complex themes emerge, themes which inform our Wisdom journey and are true to the incarnational lineage we claim:

Descent: In characterizing the “Vocation of the West,” Bruno identifies as its critical paradigm, the fact that “the genesis and development of the European (and now North American) West have unfolded under the influence of Christianity.” This cultural arising after the Christ-event as opposed to assimilation of the Christ-event into a pre-existing culture is a monumental sea-change and sets the directional development of the west along the horizontal axis of historicity and descending incarnation. He sees in this descending dynamic of incarnation a “humanizing process in the evolution of the Western sense of the person, of justice, of human rights, and human potential in this world as well as in the still more material flourishing of science and technology in the West.”

Personal Autonomy: “In the act of creation,” Bruno says, “God places the creature outside the divinity, in a distinctness which is identical with freedom. In the new creation which takes place…in the Christ-event, this distinctness is actualized in a new depth and fullness of autonomy.”

Participation: “To be reborn as a child of God is to be born as ‘God outside God,’ in a radical freedom—which is yet a participation in God.”

Freedom: The freedom of the autonomous person is not “choice freedom,” in the sense of being able to choose among already existing alternatives. Rather, it is the “creative freedom” of a freely-acting subject in noncompetitive and nondual participation in the Godhead open to the infinite. As Rahner frames it, “freedom is never only the free repetition of what is already there; it is no endless copying of the same models in a neutral space and time.”

For many of us on this Wisdom path and in this Future of Wisdom study group, Cynthia Bourgeault has been our teacher. In these themes of descent, personal autonomy, participation, and freedom explicated here by her own beloved teacher Bruno Barnhart, I see the genesis of some of her powerful teachings.

One of these, which has always resonated deeply within me, appears in her Wisdom Jesus book under the heading, “Down Here on the Edge”:

“So we find ourselves on this plane of existence, at or near the bottom of the great chain of being. What are we to make of our position?” She asks, “What are we doing ‘down’ here in a world that seems so dense and sluggish, so coarse and fragile and finite… is this constriction a punishment?…I believe not. I believe…that this constriction is a sacrament, and we have been offered a divine invitation to participate in it.”

I find Cynthia’s teaching here to be the perfect segue into Bruno’s concluding thoughts on the Western turn, where the Greek legend of Icarus also comes bubbling up in my mind. Here, like Icarus’ father Daedalus, Bruno warns of complacency, pride, and arrogance as he considers the Shadow and Destiny of the West. We, too, sometimes have flown too low and too high, where the sea’s dampness has clogged our wings and the sun’s heat has melted our wax. We, too, face the possibility of falling out of the sky.

With poignant and unvarnished prose he nails the dichotomy: “…the West occupies the unique position of being the one great civilization that has been united and formed by the Christ-event and that has mediated the unification of humanity. It is largely through the peoples and civilization of the West that the gifts of the incarnation have been distributed to the world. These gifts include not only Christian faith but…the human and social values, the rationality and freedom, the science and technology, that gradually humanize the world and bring it together as one world. In this light, the shadow of the West derives from the self-serving appropriation of that which had been given to the West for all humanity.”

Continuing, he names the stark reality that the “…message transmitted to the world—more in deeds than in words—has often been the anti-gospel of raw power and exploitation, of blind collective narcissism, and irresponsible self-indulgence.”

The imperative to those of us in this nascent but growing Wisdom community is equally stark. In the particularity of the horizontal time in which we find ourselves, we have been graced to stand on the cusp of the transition between Movements III and IV. Having lived in the closing days of the Western Turn, we have the opportunity to leave behind those things that have corrupted its promise, gather up those things that truly flow from the Christ-event, and go crashing into the Global Turn. Let us pray for the humility and wisdom to know which things fall into which category. 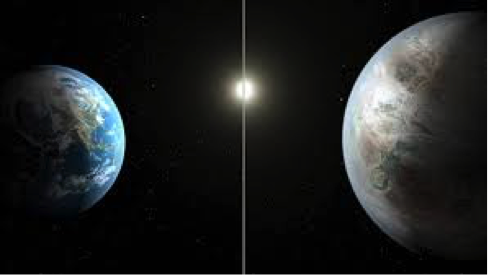 I close as I began: Bruno shows us that this Western turn is not a mistake; not a disaster; and not over—unless, that is, those of us who find ourselves the custodians of this particular chunk of the historical axis, fail to actualize in our time and for our world the potentiality of the goodness of the fruits of deepening descent, personal autonomy, participation, and freedom inherent in the Western turn.