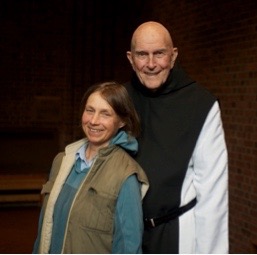 With extraordinary joy and gratitude I offer these words of welcome to the wonderful feast now laid before you: the complete video archive of our groundbreaking Thomas Keating interspiritual celebration, which took place at the Aspen Chapel last July 13 and 14 — and of which, I am proud to say, Northeast Wisdom was one of the principal sponsors. You may view the eight videos of the event through the link at the end of this blog post.

The purpose of the gathering was to honor Thomas Keating’s remarkable interspiritual legacy and to inquire more deeply together how to move forward in its light into the challenging and uncertain times now facing our planet. In both of these goals, the gathering far exceeded our expectations. In fact, it blew us all away. 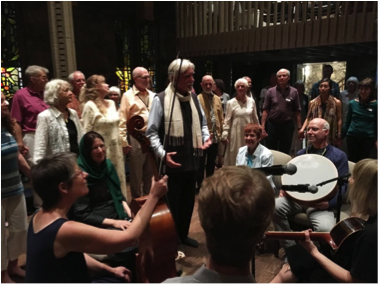 Fr. Thomas Keating–Trappist monk, principal architect of Centering Prayer, and interspiritual pioneer–died on October 25, 2018, leaving behind not only a living treasury of his own final teachings about the emergence into unity consciousness from a Christian perspective, but more significantly, the fruit of that emergence: his continued robust energetic presence among us as an ongoing teacher and guide. I became aware of that presence very powerfully toward the end of his life, and even more so during his funeral at St Joseph’s Abbey at Spencer, Massachusetts, where he presided over the ceremony with all the force of a Moses perched on his mountaintop. If I hadn’t known it before, I knew for certain then I knew then that Thomas Keating was not going away; he simply had to call into being a resonant container of listening hearts to receive his continuing presence and guidance. And I suspected that those hearts would be most powerfully concentrated in the spiritual initiative he always most treasured, his work with the other spiritual traditions. In many of those traditions the subtle energetic exchange between the worlds and powerful infusion of blessing from a realized master is far better understood than in Christianity. I suspected—correctly, it turned out—that the gathering would sense this intuitively and draw on it powerfully; make it manifest.

I was prepared for the outcome, but not for the force with which it came. The love, clarity, and beauty pervading the entire weekend will surely be palpable to you as well as you work your way through these videos.

I am still not yet at a point of having recovered enough from being knocked literally wordless by the event to give you a full chronological description. But at this point I can at least share with you my three biggest impressions, all of which caught me by surprise. Watch for them as you work your way through the videos! 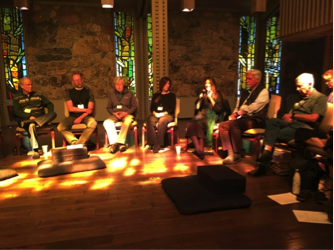 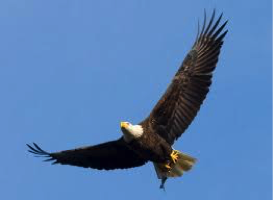 In the very last event of the weekend—alas, too private and intimate to be videoed—an eagle soared overhead as the small group gathered at Thomas’s gravesite for final prayers and prostrations. It was understood by all to be a sign—Melville’s Catskill eagle, perhaps??—

“…who can alike dive down into the blackest gorges and soar out of them again and become invisible in the sunny spaces. And even if he forever flies within the gorge, that gorge is in the mountains; so that even in his lowest swoop that mountain eagle is still higher than the other birds upon the plain, even though they soar.”

I like to think about it that way, anyway. Our Catskill Eagle has swooped. The work will continue. 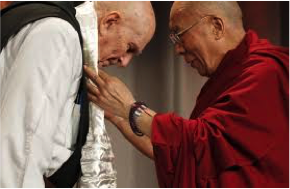 Father Thomas Keating
His InterSpiritual Legacy and a Vision for the Future
Aspen Chapel, July 13-14, 2019

The Complete Video Archive of this event is available on the Aspen Chapel Video Wall, here. There are eight videos of this conference on the site, with a schedule, list of presenters, staff, volunteers, resource people and donors.

Please feel free to watch and share these videos as much as you like, with no cost attached. Although if you wish to support programs like this at the Aspen Chapel, you may do so through the Video Wall link above.

This event was brought to you by: Aspen Chapel, Northeast Wisdom and the

Spiritual Paths Foundation. Northeast Wisdom was honored to participate, and proud to be a principal sponsor of this event.

The three event photos posted above in this blog courtesy of Matthew Wright.