This is Part IV of an eight-part Northeast Wisdom Home Page Blog series that began on Sunday January 12, 2020, with two posts weekly, Sundays and Wednesdays, during the season of Epiphany. You are invited to share your responses in the Comments section below; and check out the end of this post for Cynthia’s introductory message to this series! 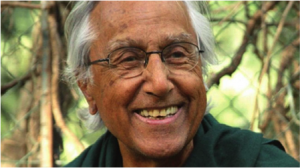 “Jesus’ experience of God was cosmotheandric, the infinite and the finite continuously interabiding one another, dynamically changing places through a process of continuing self-giving, or kenosis.”

The stunning vision of the Trinity that emerges from Jesus’ experience—the “Abba, Father” pole on the one hand, and the “I and the Father are One” pole on the other—comes into motion with the third of Jesus’ master sayings, “It is good that I leave.” This new vision reveals a beautiful movement of active infusion, an intercirculation of realms, which Panikkar sees as World—God—Human in abundant, dynamic relationship.

Panikkar affirms theologically what science calls a single unified field, and what we are learning, as people of the 21st century, “that energy, not substance, is the coin of the realm.” Cynthia penetrates further…

As I began to pay more attention to the subtext in Christophany, what I began to see appearing before my eyes was something even more radical. Was I really understanding correctly that Panikkar seemed to be implying that Jesus was not a monotheist?

I got to ask Panikkar this question directly in a private interview a few months before his death. His answer turned my world upside down—not so much what he said, but how he said it.

Well, it sure seemed to me that this is where Panikkar’s argument was heading. Block by understated block, he was quietly building the case that what made Jesus so threatening to the Jewish authorities was not his politics, his mysticism, or even his charisma, but that aforementioned “intense experience of divine filiation.” This unauthorized prophet was standing too close, violating that unbridgeable divide between Creator and creature which Father Abraham and Father Moses had fixed in place as firmly as the firmament itself. Who would ever call the great, transcendent Yahweh “Abba,” “Papa!!!!” Or accept the moniker “Son of God:” a blasphemy so galling that they played it back to him on his crown of thorns.

It was so blasphemous, in fact, that even St. Paul found himself wanting to wriggle out of it, inventing the grand theological dodge that Jesus is the only natural son of God; the rest of us are “adopted” sons. But with his own brilliant theological and interspiritual acuity, Panikkar overturned that proposition as logically flawed, culturally bound, and not at all what Jesus was saying in the first place. Jesus is the son of God because we are all sons (and daughters) of God, because that is how a cosmotheandric universe works, because God is not a first cause, not an explanation, but rather meaning itself, throbbing through the entire dynamism, suffusing the attuned heart like the air we breathe, like the atoms still reverberating in our bodies from the big bang.

“Is that really what you meant? Am I understanding you rightly?” I peered across the vast walnut desk at the tiny, 93-year-old man, sitting like a wizened tulku in the study at his home in Tavertet, Spain. It was March 8, 2010, less than six months before his death, and he was already actively transitioning toward the next realm; two months earlier he had cancelled all engagements. How our own interview remained on his calendar, I to this day do not understand; I chalk it up to the deft touch of a mutual friend in Barcelona who had arranged our meeting and served as our impromptu interpreter when our conversation occasionally lapsed into Panikkar’s native Catalonian. We sat there for about an hour, our conversation mostly carried in the mode of contemplative prayer, punctuated by a few brief exchanges which barely rippled the radiance of the depths. 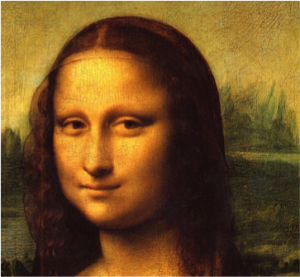 “That’s really what you’re saying?” I finally summoned up my nerve to ask —“that Jesus was not a monotheist?”

He weighed my words silently. The silence lasted a long, long time. Then slowly, still silently, he nodded. A mysterious smile flickered across his face, not unlike the Mona Lisa.

Look for Cynthia’s next post in this series, “I Am Not a Space that God Does Not Occupy: Part V A Brief History of Consciousness,” Sunday January 26, 2020 here on the Northeast Wisdom Home Page Blog. You may click on these links to go to “Part I: The Light Within,” “Part II: Panenthesim,” and Part III: Panikkar.

As the new decade gets underway, it feels like an appropriate moment to share one of my earlier essays, which is still to my mind one of the best things I’ve ever written. It was originally published in the 2018 anthology, how I found GOD in everyone and everywhere.

I look forward to you sharing your reflections in the Comments section.

May this “year of perfect vision” indeed shed some new light.”

Cynthia adds, “how I found GOD in everyone and everywhere is an anthology of spiritual memoirs, edited by Claremont School of Theology faculty members Andrew M. Davis and Philip Clayton and published by Monkfish, our intrepid publishing partner here in Northeast Wisdomland! Compiled in honor of Marcus Borg, this anthology is broadly structured around the theme of Panentheism and features the usual suspects among Christian nondual teachers, including my colleagues Richard Rohr, Matthew Fox, and Ilia Delio. It’s well worth a read in its entirety.”