This is Part VI of an eight-part Northeast Wisdom Home Page Blog series that began on Sunday January 12, 2020, with posts every Sunday and Wednesday during the season of Epiphany. Please share your reflections in Comments!

In Part V Cynthia outlines the history of consciousness in a trajectory as relevant to world culture as to individuals. With an example from her own life of her ever-evolving relationship with the true nature and power of scripture she says:

“…then I looked upon it as the unchanging revelation of the one true God. Now I look at it as an extraordinary, sacred archive of the evolution of human consciousness.”

Opening further while relating her public profession of the Holy Bible as “container of all things necessary to salvation,” she claims the same of a stone, “in this holy, God-infused universe of ours when we truly open our hearts to it.”

Cynthia then uses scripture to deftly track consciousness from magical to mythic through rational to integral. “This is where Jesus takes up the story,” she says. “As far as the West is concerned, he is indisputably the first to model a fully attained nondual consciousness.” 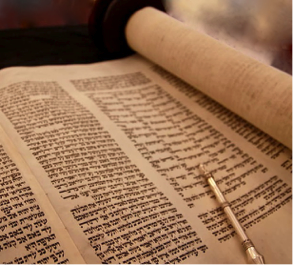 Israel came into existence on the arrowhead of conscious evolution, a process that is holy and irreversible, and its greatest thinkers (Jesus being one of them) have always been ahead of the curve, breaking through the conceptual logjams du jour, carrying consciousness to the next level. In this respect I profoundly honor the Old Testament and could not even begin to make sense of my own Christian journey without it. And I honor the New Testament as well, and the great traditions of patristic, Neoplatonic, and scholastic thought that have framed our Western worldview for more than two millennia.

But it’s no longer the era we live in. The era in which God could be thought of as “pure spirit,” transcendent to matter, which “He” created but does not personally indwell, was turned upside down in 1905 (along with 2500 years of metaphysical Prospero’s castles built upon it), by the Einsteinian discovery that energy, not substance, is the true cosmic constant. And that “Heaven above” where “our Father art,” where indeed art that? Surely not “above” this visible realm, suspended beyond those perfectly crystalline planetary orbits that medieval astronomy used to portray. In a universe fourteen billion years old and vast beyond our most staggering reckonings, it is unimaginable to think that anything is “outside” the created realm. “Where is God in this picture?” writes Barbara Brown Taylor in her 2000 spiritual classic The Luminous Web, detailing the “radical shift” in her consciousness brought about by her exposure to quantum physics. Her answer:

God is all over the place. God is up there, down here, inside my skin and out. God is the web, the energy, the space, the light—not captured in them, as if any of those concepts was more real than what unites them—but revealed in that singular, vast net of relationships that animates everything that is. (p. 74) 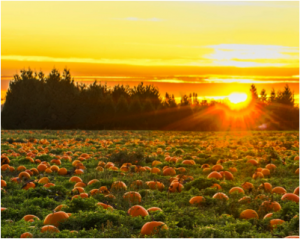 And in this dynamic, teeming, interabiding universe—pulsing, throbbing, kenotically, exchanging—the finger-in-the-dike of panentheism (and even the old school monotheism it is intended to protect) is simply, as my hermit teacher Rafe would shake his head and say, “last year’s language.” Scripture does indeed contain all things necessary to salvation, but only if we keep writing it. And to keep writing it means—as all the prophets from Abraham on have consistently proclaimed—to be willing to leave all known reference points behind in order to ride that arrowhead of evolution relentlessly toward the next unfolding. That’s the common thread running through the entire scriptural narrative, and the reason it contains all things necessary to salvation.

Look for Cynthia’s next post in this series, “I Am Not a Space that God Does Not Occupy: Part VII: Seeing” Sunday February 2, 2020 here on the Northeast Wisdom Home Page Blog. You may click on these links to visit “Part I: The Light Within,” “Part II: Panenthesim,” ” Part III: Panikkar,” “Part IV: Jesus Was Not a Monotheist(!?)” and “Part V: A Brief History of Consciousness.”

“May this “year of perfect vision” indeed shed some new light.

As the new decade gets underway, it feels like an appropriate moment to share one of my earlier essays, which is still to my mind one of the best things I’ve ever written. It was originally published in the 2018 anthology, how I found GOD in everyone and everywhere… Enjoy! And Happy New Year!!!

“how I found GOD in everyone and everywhere is an anthology of spiritual memoirs, edited by Claremont School of Theology faculty members Andrew M. Davis and Philip Clayton and published by Monkfish, our intrepid publishing partner here in Northeast Wisdomland! Compiled in honor of Marcus Borg, this anthology is broadly structured around the theme of Panentheism and features the usual suspects among Christian nondual teachers, including my colleagues Richard Rohr, Matthew Fox, and Ilia Delio. It’s well worth a read in its entirety.”

We look forward to the conversation continuing in Comments!