The initial commentaries on the “Web” exercise speak to the relationship between a personal “atmosphere” and the “web” that comes into being through group work together, and remains, undispersed, when the group is apart. As a potential exchange between the group atmosphere and the planetary atmosphere grows, Cynthia invites us here to consider how the monastic vows support, with “due humility and awe,” the group work possible at this level.

Welcome to Cynthia’s latest post in her Pandemic Homework series, the fifth of her Commentaries on the “Web” exercise, from Joseph Azize’s new book on the work of G. I. Gurdjieff. See the links to all the posts in the series at the end of this post, where you can also learn more about the book. We encourage you to share your comments below. Now, to Cynthia: 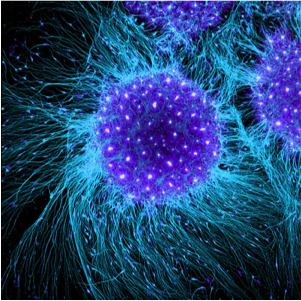 You might picture Gurdjieff’s “web” as a two-directional amplifier. Directed inwardly, it enables individual group members to draw continuing replenishment from the collective strength of the whole. Directed outwardly, it boosts the magnitude of the group’s common aim to a point where “you can have a reciprocal action on a whole city.” Through the amplifying effect of its web, the group becomes a real player in the planetary atmosphere.

This is an awesome invitation, of course. Were our hearts not burning to hear it? But it is also “awesome” in the traditional sense of the word, meaning needing to be approached with due humility and awe. For it carries a solemn responsibility and comes with all-too-real risks of running off the rails. Particularly for us “newbies” who have not been fully prepared to work at this level, and surrounded as we are by a culture that has largely forgotten this level even exists, the dangers are all too real of getting shanghaied by lesser agendas. Powerful work can indeed be done here—and I think is in fact crying out to be done here—but some fairly rigorous protocols need to be observed in order to ensure that our work remains sober, lucid, and safe.

As I mentioned in the last Web commentary, Global Warming Revisited, most of the rubrics are already embedded in those classic monastic vows of chastity, poverty, and obedience, once you learn to hear these not as ascetic renunciations but as practical safeguards for all esoteric work.

CHASTITY, in this case, means: Keep your atmosphere within its atmosphere.

In the “Atmosphere” exercise you practiced on an individual basis keeping your atmosphere within a certain finite limit of a meter to a meter-and-a-half: not letting it escape beyond that limit, not letting it get distended by thought or emotional waves. You practiced sitting within it, allowing its waves to quiet, and learning to maintain conscious stewardship of it as you brought it with you into your daily rounds.

The same is true, on a larger scale, of your group atmosphere. It needs to stay coherent and clear, able to stretch across whatever distance it circumscribes, without being unduly ruffled by waves of passion or grandiosity. It wants to be a still pond in which the full moon is reflected. All urgency or self-importance will immediately kill this reflective capacity—and alas, those impulses can ignite like brushfire in an atmosphere gathered around a common aim. Considerable restraint is needed here—chastity—to keep from being taken over by what Gurdjieff rightly calls “a misuse of the sex center”—i.e., intoxication, over-excitement, demagoguery, and all too often, violence.

POVERTY means: Give up all attachment to outcome. Even all curiosity about outcome. 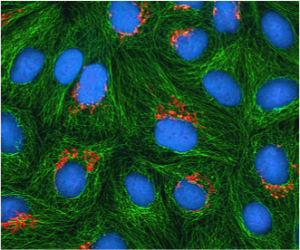 It’s a natural human inclination to want to hold our aim a little too tightly and then wait eagerly for the results. We light a candle and visualize a specific outcome: the healing of our planet; the disappearance of the corona virus; a restoration of the broken links of our human community. But it never works this linearly and in fact can’t work this linearly, for imaginal causality is not linear but synchronous. It produces its effects nonlocally, instantaneously, in places you’d never expect or with partners you don’t even know you’re playing with. Perhaps the atmosphere of your group melds with a compatible atmosphere of—say—some Sufi dervishes in Central Asia you don’t even know are out there. And in a manger in Bethlehem, a Messiah is quietly born. It’s like that: way more indirect, way more playful. You simply carry your little pebble of conscious striving to the edge of the cliff and toss it into the ocean. The rest is in the hands of God.

And yes, there are certain initiated elders who do in fact have the authority to bend intention to a desired end. Fortunately, this power lies beyond most of us—for good reason—and one does well to tread with utmost humility here. Creative imagination fettered to a still untamed ego will always result in some variation of magic—at best, merely overwrought and foolish, at worst, deadly dangerous.

In fact, that’s literally true. Obedience comes from the Latin ob-audire, which means “listen to the depths,” or “listen from the depths.” Ninety percent of the work you will be doing inside your group web is listening: listening to one another, listening to the subtle directives that emerge out of the depths as you gain more proficiency in attuning to them, listening to the needs that the rapidly changing conditions in the outer world are laying before you.

The operative model here is actually best captured in that relatively new physics buzzword, a self-specifying system, of which the cell is our baseline example. The cell demonstrates diversity of function within an overall unity, maintained by an instantaneous capacity for self-regulation governed by its DNA and RNA. Inside the cell there is always a dance going on, a continuous process of listening, of making micro-adjustments. Through that dance the cell remains in dynamic equilibrium, i.e, alive.

The wonderful implication here—fully glimpsed though not fully articulated by Gurdjieff—is that the group web is in fact a self-specifying system. It has “emergent properties”—capabilities not present in its individual components but vested collectively in the whole—that is again that mysterious “fineness” we’ve spoken about several times before. Individual members sacrifice a degree of personal autonomy in order to partake of the far greater capacities of the whole. Through listening—that continuous dance of adjusting, deferring—those capacities become available to each member, insofar as he or she remains in coherence with the whole. The web remains alive.

In the end, one either surrenders to this higher level of wholeness or one does not. What doesn’t work is to sit on the fence. 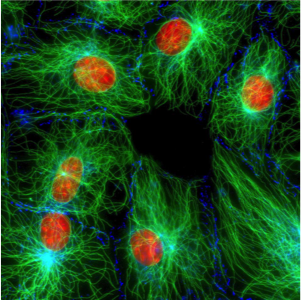 Modern buzzword or not, the idea of a self-specifying system has been around for a long, time. St. Paul was already onto it in the first century with his celebrated teaching “We are all members of the one body of Christ.” And so it comes as no surprise, perhaps, that these ancient vows should again demonstrate their timeless timeliness as we now scramble to self-organize at a new evolutionary level, in order to meet the evolutionary challenge that has just been thrown down on our human plate.

The Pandemic Homework posts include a series of “Commentaries on Elements of the Exercises,” which refer to the six (originally four) Gurdjieff exercises that are the first item on Cynthia’s to-do list. We do these exercises she says, “…in direct cognizance of the needs of our present global crisis—we receive something for ourselves, we offer something back.” 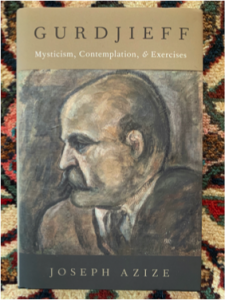 Coming next, Cynthia’s final Commentary on the “Web,” followed by her collection of essays on the sixth and final exercise, “Four Ideals.”