In response to the growing awareness around the globe that we are in the midst of a time of profound planetary readjustment, Cynthia began to teach in what we are calling the Pandemic Homework Series. She says: This is a permanent and collective reset of our collective human conscience and will resolve itself only as a few more of us become willing and able to step up to the plate to live a different reality. On Pentecost, Cynthia invited us to the “Web” saying, “I wonder if our casually joined atmospheres could indeed “warm the earth” on this day of cosmic arising.” May it be so, as we move into our days with the tender ardor of this Pentecost’s fire burning in our hearts.

You will find links to the whole of the series and to the book from which the exercises are drawn, as well as an opportunity to share your comments and questions, at the end of this post. Coming soon is Cynthia’s windows on the “Four Ideals” exercises, and her Pentecostal message.

We welcome you now to the last of the “Web” exercise commentaries. 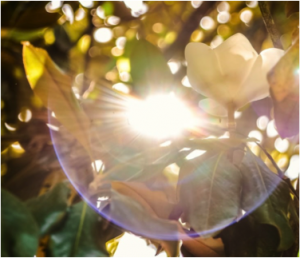 One final point to keep in mind before we tackle the Four Ideals Exercise. The “Web” extends not merely horizontally, but vertically as well. It also serves as a conduit for exchange between the realms.

The world’s sacred traditions unanimously teach that there are other realms beyond our own—several higher, a few lower—each one furnishing a different set of conditions for the manifestation of divine creativity. Our own Christian notion of heaven and hell is an attenuated version of what has more broadly unfolded on the great cosmological roadmaps as “the Great Chain of Being.” These maps depict an elaborate procession of worlds within worlds, stretching from the unfathomable abyss of the Divine Unmanifest through progressively more variegated densities—angelic, causal, imaginal, material—until it finally meets its endpoint in total density, in what ancient cosmologists called “outer darkness” and contemporary cosmologists call a black hole.

To this elaborate roadmap Gurdjieff adds an all-important new twist. In his “Ray of Creation”—which is his equivalent for the Great Chain of Being—the energy does not simply stream out from the divine center in a continuous cosmic redshift. Something is returned as well. Each realm has a contribution to make to the well-being of its neighbors, so that along the entire ray, energy is not only lost but also gained. Entropy does not have the final word. Instead, the whole manifest universe becomes a single, gigantic self-specifying system, maintaining its dynamic equilibrium through the continuous exchange among its parts. Gurdjieff gives this process the jaw-busting name Trogoautoegocrat—“I keep myself alive by eating”—but you can also just call it reciprocal feeding.

This is of course the crucial piece of information that dropped off our post-enlightenment roadmaps both sacred and secular. Its disappearance largely accounts for the blind arrogance that led the human species into ecological catastrophe, unable to pull ourselves out. We’re working with a map that’s far too small, that leaves us still unable to fathom our solemn accountability within the vast scheme of things. As Gurdjieff forcefully reiterates, it is only within the full breadth of this great cosmological exchange that human beings can ever come to discover their true purpose and dignity. 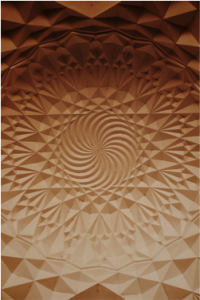 The bottom line here is that we do indeed receive help “from above” —and we are expected to give help, not only to our own realm but to higher realms as well. The miracle is that we can actually do this.

The realm just “above” ours, widely known as the “imaginal” has long been seen as the nexus for this exchange between the realms. It has traditionally been understood as the realm of prophecy, dreams, visions, and subtle inner guidance. The closest Christian rendition of this idea lies in the Communion of Saints, with its underlying conviction that these attained beings are somehow still “out there” and willing to give help. This is no magical illusion. It is a vestigial remembrance of the true state of things, a remembrance which thankfully refuses to die in the human heart.

Gurdjieff’s own version of this teaching is found in his notion of a conscious circle of humanity. Bridging the so-called “abyss” of death, there extends a chain of conscious human beings—some still in bodily form, some on the other side, but united by the common denominator of their conscious work. They are the imaginal continuation of the human web, and their chain extends all the way across the imaginal realm to the threshold of realms still higher, from which the greatest of the cosmic servants descend. Along this entire chain of hearts—truly, organically, a great chain of beings—the uploading and downloading goes on intensely. Here on the human side we indeed receive wisdom, help, guidance, as well as sudden surprising infusions of clarity and force. And we offer back the fruits of our conscious work in the form of forbearance, gentleness, joy, peace, generosity, compassion—those perennial “fruits of the spirit,” through which not only our own planetary atmosphere but the entire ray of creation is warmed. It is our consummate human alchemy. 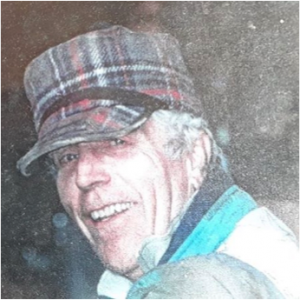 My own teacher, Rafe, was mesmerized by this vision of a conscious circle of humanity. He yearned more than anything to be a part of it, and he saw his own final life task as preparing me to take my place in that chain as well and hold up my end on this side once he had physically left the planet. I am quite certain he made it across and that his conscious service goes on in higher realms. As for myself, I have often felt in these twenty-four years since his death like the cabin boy left to steer the schooner, but I have done the best I could to stay the course and to stay true to what he taught me.

I do know the vital importance of keeping this line of inter-realmic exchange open, particularly at this crucial juncture in our planetary history. There is simply not enough spaciousness, breadth, hope, love, empowerment, or real juice left in the visions of either our secular or traditionally religious roadmaps. We cannot think our way out of this mess, and we can no longer even imagine our way out since establishment religion has long ago sold its mystical birthright for a mess of pseudo-psychological pottage. Only in that deeper listening will the way be found again.

Passion and compassion are still there to rekindle us. Our planet is infinitely precious and lovingly tended by those “higher being bodies” in worlds above. We humans are a crucial link in the great Trogoautoegocrat, and we will find our footing once again. But this will come to pass only as there are those who have learned to listen deeply into that great cosmic web, and are able both to receive and offer back the food that comes to us from above.

The Pandemic Homework posts include a series of “Commentaries on Elements of the Exercises,” which refer to the six (originally four) Gurdjieff exercises that are the first item on Cynthia’s to-do list.

Coming soon, Cynthia’s collection of essays on the sixth and final exercise, “Four Ideals,” following her “Pandemic at Pentecost,” next on the Northeast Wisdom home page blog.