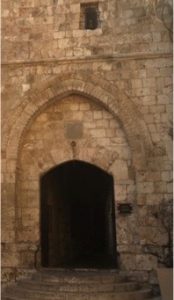 We recommend beginning your reading about the Four Ideals with Cynthia’s post “Preliminary Remarks: The ‘Four Ideals’ Exercise, Part VI, A” found just before this one on the home page. In it she introduces elements of the exercise, and offers guidance for us to find our own way into the actual practice of them. It is not necessary for you to be familiar with the Pandemic Homework, this series of blog posts and the Gurdjieff exercises, in order to receive the taste and fragrance of them through these commentaries. There is much to ponder here and you will find more practical information at the bottom of this post.

Yesterday, at a retreat happening in North Carolina and online, Cynthia spoke about the Imaginal World and how these exercises help us to grow and stabilize our ‘beings’ in order to gather and hold the grounded presence required to experience, and then offer to this world, a glimpse of connection with a new way of being. Beautiful work, that is challenging and so needed for our world. The Four Ideals is the last exercise in a set of six, and the most complex. Check out the entire series (links, and an inner task from the retreat, at the end of this post) and please, share your comments with us. May the fruits of our collective “conscious labor and intentional suffering” teach us to be active participants in the divine exchange and sow small seeds of healing love for the planet and all beings. In Cynthia’s words:

The Four Ideals exercise consists of two parts linked together by a short, crucial bridge. Each of these three segments poses its own challenges, but the first section is literally “the biggest stretch.”

In this section you will be doing the familiar limb rotation—though in a slightly unfamiliar order. But now, in addition to the direct sensing of the limb itself, you will also be attempting to establish a contact between that limb and one of “the four ideals,” as Gurdjieff calls them—four sacred individuals who stand at the headwaters of their respective religious lineages and have served this planet with the highest degree of purity and devotion. These are Muhammed (right arm), Buddha (right leg), Christ (left arm), and Lama (left leg.) 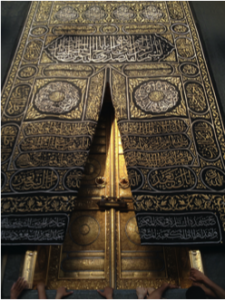 To be more accurate, you will be trying to establish the contact between your limb and the prayer-rich atmosphere hovering just above the place where each prophet lived: for Muhammed, above Mecca and Medina; for Buddha, above India; for Christ, above Jerusalem; for Lama, above Tibet. In the Adie version of the exercise, which here as usual forms the basis for Joseph Azize’s commentary in Gurdjieff : Mysticism, Contemplation & Exercises, this atmosphere is depicted as a “foyer of substances” where the cumulative energy of the prayers, aspiration, and devotion of the faithful are concentrated. The invitation here is to establish a connection—a “thread”—between each of these “foyers” and the corresponding body part, and through that thread begin to “assimilate these substances and accumulate them in yourself” (p. 231)—presumably for the building up of your own higher being-bodies.

If you feel your head starting to spin here, it’s understandable. There is enough audaciousness, challenge, and plain old “Huh?” packed into just those two sentences to keep me going on these commentaries if I wanted to until well into the fall. But if we take it in small bites and limit ourselves only to the most important points, I hope you will be able to stay onboard with this exercise long enough to at least get a glimpse of where it’s heading.

Starting at the top….

First of all, these “four ideals” are not ideals in the sense that we now typically understand this word. They are not values, virtues, or noble ideas you want to emulate in your life. They 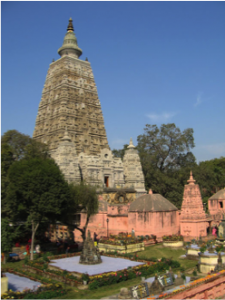 are actual embodied individuals, who physically walked on this planet and carried us all on their backs. In the Bennett version of this exercise, they are known as “The Four Prophets,” but to my (Christian) theologically trained ears, “prophets” sets the bar a little too low. Prophets come from below; sacred individuals come from above. Whether you call them avatars, “Messengers from Above,” or “the Highest and Most Saintly Common Cosmic Sacred Individuals” (Beelzebub’s Tales, p. 317, in reference to the Very Saintly Ashiata Shiemash), the point is that these “Four Ideals” are human beings of the highest order of spiritual magnitude. They emanate from realms far higher than our own along the Ray of Creation, and bear the luminous substantiality of those realms even as they walk about in human flesh.

So I had to chuckle when Azize listed as one of the “secondary theoretical elements” on his list: “The ‘ideal’ himself actually exists” (p. 233). Of course he exists! First-order beings are immortal within the cosmos. They never go away. They make themselves eternally, graciously available to our beleaguered planet. And that is in fact, in my estimation, precisely the reason this exercise actually works. But let me hold my further comments on this point until somewhat later in this series.

“Where prayer has proven valid…”

Remember, however, that you are not trying to directly connect with the ideal himself, but rather to “represent” to yourself the “reservoir”—“foyer”—“atmosphere” of energy generated around the place where that prophet had his chief sphere of operations. While this apparent 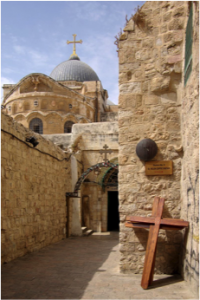 reluctance to aim higher may or may not finally prove to be a failure of mystical nerve (that’s an issue I want to circle back to a bit later), there are nonetheless two excellent practical reasons for placing our attention here. First of all, the experience of a highly-energized atmosphere around a holy place is something that I daresay most of us have actually tasted. Whether it’s an ancient church or monastery, the tomb of a saint, The Upper Room in Jerusalem, the sacred river Ganges, or the Kaaba in Mecca, where millions of Muslim faithful make Hajj, you know that something gathers in these places, and this “something” remains available there in an unusually concentrated dose. It hangs in the air as thick as incense in those places “where prayer has been proven valid,” as T. S. Eliot put it, and through it you find your own prayer mysteriously intensified.

You will probably recognize exactly what Azize is talking about in his first two bullet points on this exercise: “Higher substances” form certain “reservoirs” above the earth…[formed] from emanations and vibrations that arise when people pray to the “Ideal” who lived on the spot of earth immediately below” (pg. 233). And at least this gives us a concrete starting point as the other, more “out there” premises on which this exercise is based still go swirling around in our heads.

The other thing that’s useful about this focus is that it is so geographically expansive. As you allow right arm, right leg, left arm, left leg to connect with Mecca, India, Jerusalem, and Tibet, you are essentially inviting your body, as it comes into sensation, to become co-extensive, symbolically with the entire world—“the four corners of the round earth,” in that marvelous image from the poet Christopher Smart. And in our broken and aching world, that is a powerful self-extension, itself a mysterious form of embrace in a world where embracing has suddenly become too scary to even imagine. As you do the familiar body rotation, but now sensing each of your limbs as somehow connected to a geographical place on the earth and, through the atmosphere just above it, to its corresponding Ideal in worlds beyond, you may well feel yourself expanded both horizontally and vertically, becoming momentarily co-extensive not only with the whole world, but with the whole Ray of Creation. Do not think you have done nothing here. It is a sensation from which you never emerge unchanged. 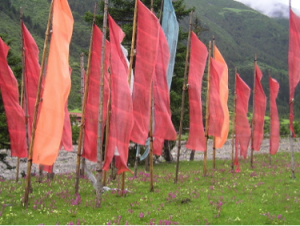 This is the second of seven commentaries on the Four Ideals exercise, the first posted here at Preliminary Remarks: The “Four Ideals” Exercise, Part A, all of which are part of the Pandemic Homework series that Cynthia initiated in March 2020. Look for the third post on the Four Ideals later this week on the home page blog.

Cynthia refers in the commentary above to the five other exercises in the series; you will find the first post for each exercise here: Clear Impressions; Lord Have Mercy; Make Strong! Not Easy Thing; Atmosphere; and the Web practice. Happy travels!

Joseph Azize’s book: Gurdjieff: Mysticism, Contemplation & Exercises is available now through his website at Under the Sun for a 30% discount from Oxford University Press. 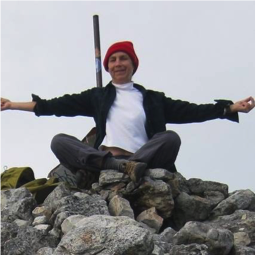 All of the Gurdjieff exercises recommended in Cynthia’s Pandemic Homework are in the Azize book, with extensive supporting research and commentary. It is a great resource, and highly recommended.

This week, Cynthia is introducing these exercises in person to a small group gathered in North Carolina at Valle Crucis, while over one hundred are participating in the six-day retreat online.

In the first couple of days, Cynthia led the gathering in the Atmosphere exercise and on the second morning gave the group an inner task for the day:

Responsible stewardship of your own atmosphere allows you your first taste of the Imaginal World, filling you with quiet life; it is the beginning of second body. This is strong, it is no small stuff.

Do this for the world; it is helpful to everything around us. We are always emanating; let us emanate quiet life.