Sharing from my notes on Tuesday morning during the Imaginal Wisdom School at Valle Crucis in North Carolina, Cynthia offered an inner task for the day:

In a place outdoors and completely alone, take off your mask and draw ten precious conscious breaths of air. Taking in that clear fresh air, standing in our fractured biosphere where we have over sanitized and over protected, engage through your breath—homeopathically—the immune system of our collective body and earth, and on the outbreath offer your own precious gift of breath back to the world.

This is the third post on the “Four Ideals”—the last of six exercises Cynthia offered as “Pandemic Homework” to strengthen and stabilize our being in service to these times—and part a series of posts which began in March 2020. We suggest you begin the “Four Ideals” with the first and second of these Part VI posts, which you will find directly below this blog here on the home page. More information and links to both the entire Pandemic Homework series and to the book of exercises may be found at the bottom of this post. And please, post your comments below!

The next important thing to consider as we approach the “Four Ideals” exercise is what it means to “represent something to yourself,” as you will shortly be asked to do, sequentially, in this exercise: for Mecca, India, Jerusalem, and Tibet. What, specifically, does this entail?

In my first pass through this topic—which you will find in my post “Atmosphere:” Commentaries on Elements of the Exercises, Part IV—I mention that representing something to yourself is not quite the same as visualizing it. In practical terms, however, it does take a bit of time to get the 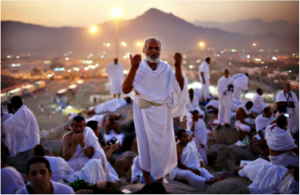 hang of the difference between them. Visualization is more mental, imagistic, sharp-edged, and—inasmuch as it remains oriented toward the surface of things—superficial. Representing dives below the surface, is less concerned with the appearance and more with the overall energetic impression, and is in fact carried more by sensation than by cognition. A student in the Bennett line of the Work helpfully clarifies: “The images (Kaaba in Mecca, etc.) are seen in one’s eye at first, but during contact no mental picture is present… We don’t contact the mental image but the reservoir of energy.”

You may find it helpful to begin by establishing a strong sensation in the limb itself before introducing any image, or even the place name. As you do introduce your image, do so in the spirit of Thomas Keating’s celebrated mantra:

Ever-so-gently, like a feather placed on a ball of cotton.

Straining or forcing toward a desired effect is not the best way to concentrate. Remember that the real trick is to concentrate your attention not at the objective pole but at the subjective one—i.e., at the core of yourself. Then it can flow out effortlessly and brush the object lightly without getting stuck there, as we practiced in “Clear Impressions:” Commentaries on Elements of the Exercises, Part I.

So instead of frantically trying to conjure up mental images of Mecca or the Taj Mahal, instead, get settled and stable inside yourself, establish sensation in the appointed arm or leg, and when you’re ready, gently bring the intended location to mind. Invite it to come “online.” You will be surprised how the pieces start to fill in of their own accord. Mecca, Jerusalem, India, Tibet: each come gently to you, even if you have never physically been there or studied a tourist brochure; even if you don’t know exactly who Lama is or how Mohammed got to Mecca in the first place. Remember, this is an energy exchange, not an information exchange. Something deeper than your mind is at work here. 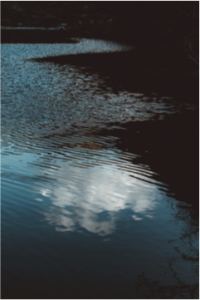 Those of you who have spent time praying with icons may have well some inkling of what this “something deeper” might be—or at least, of the direction in which it lies. The subtle dance that goes on in this practice as you fall into entrainment with an icon is a fairly good analogue to the entrainment that actually undergirds the process of “representing.” At first, you think you’re the one gazing at the icon. But as you allow yourself to be drawn in through its eyes, you begin to get the distinct feeling that the icon is also gazing back at you! Then as the entrainment grows still deeper, both “you” and “icon” gradually disappear, and you step through the portal it has now become, directly into the cave of your heart.

The key that really unlocked this exercise for me, however, came totally out of left field about twenty years ago, with no direct connection to the exercise at all. It was less than a year after Rafe’s death, toward the end of a late fall teaching gig at the Vancouver School of Theology. Still raw in my grief and clinging for dear life to the soul-bond I still sensed between us, I was doing my best to keep his image continually before my mind, fearing that to lose concentration would be to lose the connection. One afternoon as I was walking along the shoreline lost in my usual doleful efforting, a sudden catspaw came hurtling across the water, and a voice distinctly Rafe’s whispered in my inner ear, “Shhhhhh!!! You do not have to come all the way to me because I am also coming toward you…”

Talk about having your head instantly rearranged. 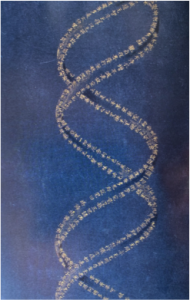 Fundamentally, it’s so simple, so very, very simple. Why, after all, should we imagine that it is only from our side that the work is being done, that the water we are endeavoring to draw from those reservoirs is impersonal and mechanical, obedient only to the Newtonian laws that govern the physics of this earth realm? No, we are talking here about a meeting ground, where the highest aspirations of human hearts throughout the ages have met and been graciously received by these higher cosmic servants on the other side who are also coming toward us because they love us and are invested in our ultimate flourishing.

Mecca does not appear because we conjure it up through our own powers of concentration; it arrives because the megalocosmos is imbued with intelligence, compassion, and a deep responsivity to our sincere desire for connection. It is the tenderness that evokes it, not the skillfulness.

Even if you don’t have a clue how to take this first step into “representing Mecca,” take it anyway. Trust. Somehow Mecca will appear. 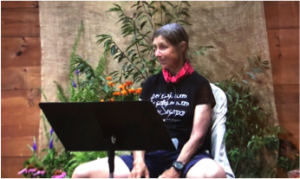 All of these posts are part of a series Cynthia initiated in March 2020, which begins here: Pandemic Homework.

Look for the fourth post on the “Four Ideals” exercise early next week on the home page blog. Enjoy!

Joseph Azize’s book: Gurdjieff: Mysticism, Contemplation & Exercises is available now through his website at Under the Sun for a 30% discount from Oxford University Press. All of the Gurdjieff exercises recommended in Cynthia’s Pandemic Homework are in the Azize book, with extensive supporting research and commentary. It is a great resource, and highly recommended.

This week, Cynthia is introducing these exercises in person to a small group gathered in person in North Carolina at Valle Crucis, while over one hundred are participating in the six-day retreat online.