The introduction to this series, entitled An Invitation to Begin the Healing Work, was posted November 10, 2020, and is an invitation to dive in together with the work of Jean Gebser, seen first through the eyes of Jeremy Johnson in his book Seeing Through the World: Jean Gebser and Integral Consciousness. Lesson II will follow closely on the heels of Lesson I, so stay tuned! 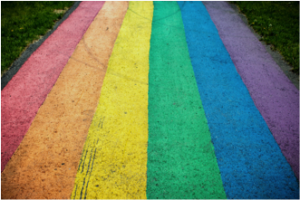 If you’ve cut your teeth on the Ken Wilber roadmaps, the Gebser terrain will at first look reassuringly familiar. The familiar levels of consciousness are all right there, even designated by their familiar names: the archaic, magic, mythic, mental, and integral. Nor is this surprising, since Wilber explicitly acknowledges Gebser as the primary source of his model.

Perhaps the significance of this nuance escapes you (it certainly escaped me initially). But on this nuance, actually, all else turns.

Stages EVOLVE. They are like steps on a ladder, building sequentially one upon the other in a journey that leads onward and upward.

Structures UNFOLD. They are like sections of a jigsaw puzzle or rooms in an art museum, gradually filling in to reveal the big picture (which already implicitly exists).

The inverse way of stating this is that the earlier stage represents a more immature expression of what is to follow.

It is not so in the world of unfolding. As you wander through an art museum, each room retains its essential character and wholeness; it weaves its own magic and adds its own distinctive fragrance to the mix. There are the medieval iconographers, the ornate baroque sculptures, surrealists, impressionists, cubists, each one of them retaining their own identity—“unconfused, immutable, undivided” (in the words of the Council of Chalcedon, describing the two natures of Christ). While these artistic eras did emerge at specific points in historical time, they do not replace one another or cancel out each other’s unique identity. Rather, they complement and deepen one another, like interwoven threads in an unfolding tapestry. And at certain times a certain room will speak to you more than the others. The cubists may be further along on the evolutionary timeline, but today it is the medieval icons that are calling to you. 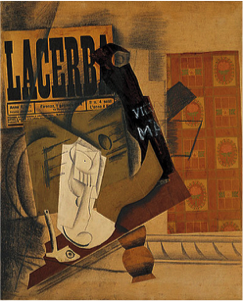 Even at best it’s not easy to grasp the difference between developing and unfolding. The difficulty is further compounded, however, by the pronounced psychological bent of the models we’re more used to (Wilber’s, and following in his footsteps, Thomas Keating), which draw an explicit correlation between structures of consciousness and stages of childhood development. Thus, the “magic” structure corresponds to the consciousness of a toddler, “mythic” to a child, and “mental” to an emerging young adult. Viewed through this lens, the implication becomes well-nigh inescapable that these earlier stages are also “lower”—i.e., immature, more primitive—expressions of full adult consciousness. They are developmental phases to be passed through— “transcended and included,” perhaps— but certainly not lingered in. As Jeremy Johnson comments, Wilber’s roadmap, brilliant though it may be:

…still retains a perspectival linearity that reduces the previous structures (the magic and mythic especially) to a state of mere infantilism…[His] developmental solution necessitates a strictly linear view of consciousness emergence, saving the transpersonal for the higher stages while still reducing the so-called “lower” stages to a childlike fantasy rather than a true and now lost mode of participation.” (pg. 79)

“As it stands,” Johnson adds, “this perspectival synthesis is incompatible with Gebser’s thinking.”

And you can imagine where things might be headed when this undetected linear bias starts to get projected out on whole groups of people deemed to be at a “lower” evolutionary level.

To enter the world of Gebser, the first and most important shift required is to recognize that we are indeed talking about structures of consciousness, not stages. Forget “onward and upward.” Each of these five structures is indeed an authentic mode of participation in the world,” and if they are not, perhaps, fully equal partners, they are at least fully entitled partners. Each is as qualitatively real as the other, and each adds its particular strengths and giftednesses to the whole. They are not so much steps on a ladder as planets in orbit around the sun, which is their central point of reference, the seat of their original and continuously in-breaking arising. Gebser calls this sun “The Ever-Present Origin.” I will have much more to say about it in subsequent posts.

The muting or repression of any of these structures leads to an impoverishment of the whole; this is true both individually and across the broad sweep of cultural history. While these structures may emerge into manifestation at certain points along a historical timeline, they are not created by that timeline nor determined by events preceding them in the sequence. Their point of reference is the Origin, which is outside of linear time altogether and intersects with the linear timeline by a completely different set of ordering principles. They are, one might say, timeless fractals of the whole, each bearing the living water of that original fontal outpouring in their own unique pail. They are ever-present and ever-available “at the depths,” even those that have not yet emerged into full conscious articulation on the linear timeline. 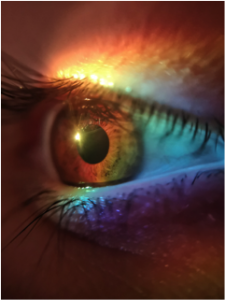 The “final” structure, then— the true Integral in Gebser’s worldmap—may in fact be not so much a new structure itself as a capacity to hold all the other structures simultaneously, in what Teilhard de Chardin once famously called “a paroxysm of harmonized complexity.” It is not so much a new window on the world as the capacity to see from a deeper dimension which transcends both linear and dialectical thinking and can deeply, feelingfully encompass both jagged particularity and the unitive oneness flowing through it, holding all things in relationship to their source.

This new dimension will be the subject of my next posting. But for the moment, take a deep breath. Can you feel a little more spaciousness opening up in the picture, a little more forgiveness?

We appreciate your reflections, please share in Comments, below. Thank you!