All structures of consciousness have at their center of gravity, a core value or “moral mainspring” around which all else is ordered. Often unstated and even unrecognized, it nonetheless establishes the yardstick by which value is measured and priorities are assigned within that structure.

In the mental structure of consciousness the skew is definitely toward The Individual.

This orientation should come as no surprise; it is essentially built right into the hardwiring of this structure of perception itself. Perspectival consciousness comes into being part and parcel with the establishment of a perceiver, the artist who stands outside of his or her canvas and orchestrates the entire artifice from a perch slightly beyond it. It bursts upon the world stage joined at the hip with the capacity for self-reflective consciousness, the ability to stand outside of oneself and look back upon oneself and upon the world as if in third person. This slightly removed viewing platform is the ego, the crowning achievement of the mental structure of consciousness, and Western Civilization has ridden to glory on its back.

By “ego” I am not referring here to what religious folks are all too quick to demonize as “sinful self-will.” I am using the term in its phenomenological sense, to denote a fundamental structure of perception and the sense of selfhood emerging from that structure. For Jung (the first to really develop this usage), consciousness was unthinkable without an egoic structure to mediate it; in Jungian psychology “ego” does not equate to “sinful self-will” but to the fundamental vehicle of conscious agency. It is in this broader and more forgiving way that Gebser, too, approaches the meteoric rise of egoic selfhood within the mental structure of consciousness. Only when the ego becomes “hypertrophied”—overgrown and barricaded (as opposed to merely boundaried) is there cause for concern.

We all know the strengths and weaknesses of the beast: on the upside, tremendous powers of abstraction, synthesis, and mastery. On the downside, objectification, alienation from the whole, and that chronic, background anxiety caused by having removed oneself from the world in order to perceive it. I have maintained that there is a chronic existential distrust as well, resting on those two shadow features of alienation from the whole (I don’t believe that we can directly experience belongingness in this structure of consciousness; it overpowers the operating system) and that pervasive sense of trickery built right into the perspectival artifice (“What if it’s all just a ruse?”). Small wonder that the “hermeneutic of suspicion” and post-modern angst should reach their zenith in present times, as we slide toward what Gebser calls the “deficient” phase of the mental structure of consciousness, the twilight of its cultural hegemony. 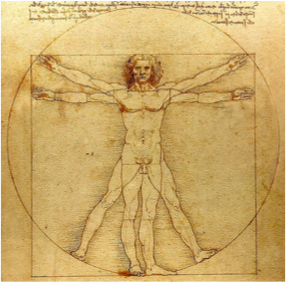 But the individual self remains its crowning achievement, and as obedient children of this structure, we still walk mostly in its light. When this powerful new unfolding of the Ever-Present Origin first swept onto the stage of Western history with the dawn of the Renaissance (and note that “renaissance” is by no means a value-neutral term!) we saw—and celebrated—the sweeping away of the “superstition” and “feudalism” of the medieval Catholic Church before a rising tide of free-thinking, self-empowered human beings. Galileo, Leonardo da Vinci, Copernicus, Martin Luther: what’s not to love? The individual had asserted himself (still “himself” at that point, but the axe was already to the root). As we rolled on into the Enlightenment, more and more of the ancient collective institutions that had once defined the building blocks of ordered society in the mythic structure of consciousness—caste, gender, slavery—fell by the wayside before the compelling image of the emergent individual, fully endowed with “life, liberty, and the pursuit of happiness.” In the two centuries since the founding of our American democracy these “inalienable rights” have been gradually (often grudgingly) more widely extended—to white free men, then to slaves, then to women, then to people of “non-traditional” (by the old rules) gender orientations, and now to people of color. None of these breakthroughs comes without considerable social upheaval, but the overall direction has been steady, based on our prevailing perspectival consensus that the individual is the fundamental building block of a well-ordered society, and that individual rights are synonymous with human rights and are to be protected at all costs. That is the “moral mainspring,” the fundamental priority as viewed through the perspectival structure of consciousness.

Not saying it’s not true….but…if we are serious about traveling down the path that Gebser opens before us…

It would seem to me that perspectival humility begins by acknowledging this leaning as an inbuilt bias of perspectival consciousness, not an eternal and unassailable truth, let alone the 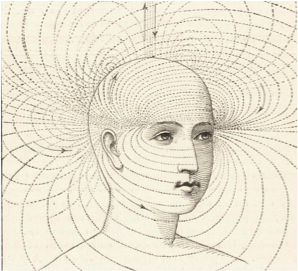 measure of our human “evolutionary progress.” We need to relax our stranglehold on the values themselves, at least long enough to begin to look directly at the filter we’ve been looking through.

And I’ll bet that not many of you are willing to go there just yet. But only by taking that risk, I wager, will we begin to make room for the inbreaking aperspectival structure, where the resolution we’ve all been yearning for actually lies in wait for us.