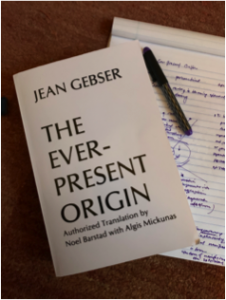 Gebser names his book The Ever Present Origin, and Origin is indeed the center point around which everything else in his in his magisterial teaching revolves. But his vision of Origin is unique, to say the least, and highly elusive to our habitual perspectival modes of thinking. It comes closer to my own notion of “chiastic epicenter” as I unpack it in Eye of the Heart rather than to its usual mental/rational placement as the beginning point on a horizontal timeline (or even as what lies just “behind” that beginning point).

The first and most important thing to keep in mind about Origin-according-to-Jean-Gebser is that it does not mean “in the beginning.” In Gebser’s native German the word for origin is Ursprung, which literally means “sprung forth.” The concept is verb-based, not noun-based; it designates not a primordial state, but a primordial action. It is not “cosmic inflation” (the current scientific buzzword for the universal steady state apart from local irruptions into physical manifestation), the zero point field, or “ground luminosity.” These are all terms with which it would otherwise have strong resonance, but the feeling tone is off. As Raimon Panikkar puts it in Christophany:

I am one with the Source insofar as I, too, act like a source, by making all I have received flow again (pg.116).

Source is as source does.

Heads up, however: It is not even “The Big Bang,” because it did not happen just once, in a single cataclysmic cosmic event. The essence of Gebser’s notion of Origin is not even that it has sprung forth but that it springs forth—into time, over and over again and now at an accelerating pace announcing the dawn of a new, fourth, age in human civilization. Origin is not to be found at the headwaters of “the river of time” but at every point along its course. Again and again it irrupts into time, breaks into that illusion of flowing linearity with its direct immediacy and newness. It flows to us not from the past, but from “the future” (i.e., that which is not yet manifest in time), jostling everything out of its linear entropy into a new intensification of the present moment. 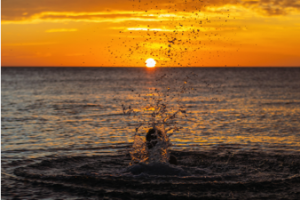 It is terribly important to get this fundamental orientation right: otherwise you will be rowing backwards. You cannot find Origin by emulating earlier spiritual cultures (the mistake made by Traditionalism). Nor can you find it by flinging your heart wide open to “the future” understood as the next stop on the temporal subway line (the mistake made by Teilhard in his goofier moments and by many of the neo-Teilhardians following in his footsteps). If it is to be found anywhere, it is to be found here and now, standing right in the crosshairs of “the intersection of the timeless with time.”

It is true that this universally emerging fifth structure of consciousness (which Gebser names the Integral) bears the stigmata of Origin in a particularly intense way— perhaps more so than any of the previous structures. But this is not because it is “higher” on an evolutionary hierarchy of consciousness, but because it is deeper and sturdier in its capaciousness. A new dimension has awakened in the field of conscious perceptivity: no longer the illusion of depth created by that perspectival sleight-of-hand, but an authentic “fourth dimension” of perspectivity that allows one to see “in, through, and around” all the surfaces of this world, one’s true “perspectival horizon point” now located squarely in the bullseye of what Gebser calls originary presence. Finally one moves off of the canvas, out of flatland, into a truly global capacity to “hold all things in unity” without muddying their colors or their distinctive voices. It is not so much a new structure of consciousness, as a new candlepower of consciousness, a light through which—as in the beloved Logion 77 in the Gospel of Thomas—all can now finally be seen:

I am the light shining in all things.
I am the sum of everything,
For from me everything has come and toward me everything unfolds.
Split a piece of wood and there I am.
Pick up a stone and you will find me there. 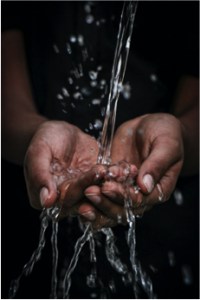 The attained Integral structure of consciousness is a recapitulation and intensification of all other stuctures, which allows Origin to be approached—touched and even embraced—“without turning into a grease spot,” as Thomas Keating once famously said.

I am introducing Thomas Keating’s name deliberately here because toward the end of his long life—and particularly in his extraordinary final poetic sequence, The Secret Embrace— this contemporary Christian mystic was hot on the trail of Origin and gives us probably the best and most Gebserian-resonant evocation of it in words as simple and universal as Gebser’s are technical and complex. In one of his final essays Thomas speaks directly about what living out of that Originary epicenter actually feels like:

“The presence of God should become a kind of fourth dimension to all of life. Our three-dimensional world is not the real world because the most important dimension is missing: namely, that from which everything that exists is emerging and returning in each microcosmic moment of time.”
~quoted in When Spirit Leaps: Navigating the Process of Spiritual Awakening, a recent commentary from a Buddhist perspective by Bonnie L. Greenwell.

Keating refers to this junction point between infinite transcendence and creative immanence as “the Secret Embrace.” To live here is to live in the direct seeing into (a.k.a., “seeing through”) the dance between formlessness and form out of which everything pours forth into existence, tumbling downstream into form. If this is not a dead ringer for Gebser’s “Origin,” it’s about as close as I think we Christian mystics can get, even down to the correct Gebserian placement of the term “fourth dimension.” It is being able to “ware” consciously the dance of time and timelessness right at the heart-of-the arising itself, the ever present springing forth of the new into the old. The capacity of consciousness that can allow you to do that is also the capacity that can hold the complementary perspectives of each of the structures not on a flattened linear map, but in the pure spherical wonder of the divine delight in Becoming.

It’s just here that my emphasis in the last email on the “Western” underpinnings of Gebserian thought will hold us in good stead. The goal here is not to dissolve the Ursprung in a final realization of the illusionary nature of all form and time, but rather to stand in it with all the strength of one’s being and integrated ego strength (the true fruit of the mental structure of consciousness), so that one can shape and give “voice” to the mysterious yearning of the divine heart to take form, which would otherwise overwhelm with its sheer life force any finite womb in which it yearned to gestate. Its supreme Western symbol is the Theotokos, the radiant fullness of divinity taking form and shelter in the sturdy presence of a tempered and capacious human vessel. This is Integral consciousness from a Western perspective, and I believe it is where Gebser’s own deepest instincts are infallibly leading him. 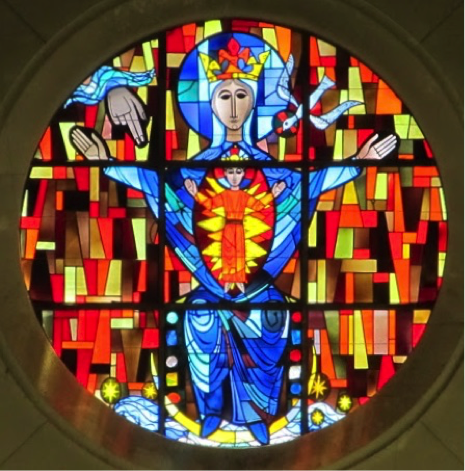 This is the ninth posting in the Exploring Jean Gebser series by Cynthia Bourgeault. You will find the previous posts here on this website: