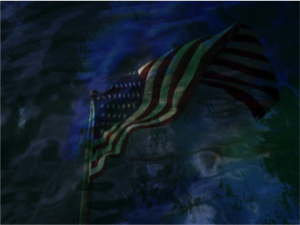 The Baton Has Been Passed. Can We Now Run With It?

No, dear friends, I didn’t send you off on a wild goose chase to immerse yourself in 450 pages of some of the most dense and intellectually challenging prose ever crafted on this planet. That was not my intention when I launched this deep dive into The Ever Present Origin late last fall. My concern was—and remains—entirely practical: to help us find our way to a broader vision that might allow us to see more clearly where our nation—and more broadly, evolutionary consciousness itself—seems to have gotten hung up, and to try to set things back on course.

Gebser’s brilliant unpacking of the five structures of consciousness, together with his helpful delineation of how each structure moves from “efficient” to “deficient” expressions, help us to see more objectively where we’re pinned and to chart a course of practical action in some perhaps unexpected directions. The following post is a first effort in that direction, offered in deep gratitude for the profound work that those of you in the Wisdom community—joined by praying, caring, sincere people all over the planet—have contributed to pulling things back from the brink of madness. We now have a little running room, thanks be to God, and we need to use it well.

From a Gebserian analysis, it seems clear to me that the Donald Trump phenomenon represents an upwelling (I’d almost be inclined to say a “projectile vomiting”) of the deficient magic and mythical structures of consciousness. Because these have been so badly repressed in the prevailing mental structure of consciousness which calls the cultural shots (itself well into the final throes of its deficient stage, locked in compulsive measuring, labeling, and splitting patterns), it is virtually inevitable that these repressed structures, which are needed for overall balance and the structural strength to actually handle the impending arrival of the Integral structure of consciousness, will instead express themselves in malignant ways. 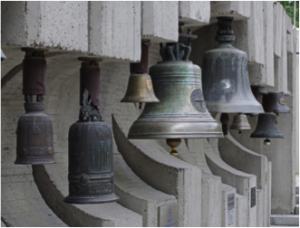 Gebser makes clear that the cliché “transcend and include” is a mistake. The “earlier” structures do not simply roll over and fold into the onward and upward movement of consciousness. They must each speak with their own voices, in a bell rack sturdy enough to let them all resound.

You see it in the pictures, catch it in the sound clips: the animal-magnetism that Trump still exerts in his sheer testosteronized bravado and his battle cries “Make America Great again! “No more bullshit!” Pure magical vital energy: black magic, for sure, but the shiva energy flowing through it is intoxicating when you’ve lived too long in fifty shades of grey. Look at the bare-chested Jake Angeli (a.k.a. “Quanon shaman”) carrying the flag on a spear at the head of the Capitol assault charge. Look at Qanon itself: a desperate, epic attempt to reconnect with mythical/Armageddon consciousness, a mythology large enough to die for. This is a violent upsurge of magical-mythical run amok, seeking any outlet for its pent-up fury, like the flood-cresting Mississippi overflowing its banks.

Seventy years ago when Gebser wrote Ever Present Origin, he was staring at exactly the same phenomenon in the ashes of Hitler and the Third Reich. One wonders, sadly, has so little changed? I think something has changed, and the extent and stability of this change is starting to unfold. Thanks be to God, we did not collectively go over the waterfall. Some third force has begun to accumulate in our collective national psyche. And that, I think, is the real fruit that has been slowing accruing in one particular stream during these seventy years: the growing stabilizing force and tempering presence of the contemplative awakening.

It is clear to me, however—again from a Gebserian point of view— that we have still not really addressed the source of the problem. The evolutionary current bearing the full unveiling of the next structure of consciousness has gotten hung up because we are not yet addressing the real cause of the impasse, which in my opinion is our failure to till the ground for this new unfolding by stabilizing and integrating these earlier structures. Not only privately, as “interior work,” but culturally, as legitimate and cherished expressions of the road we have collectively travelled, the ground we have collectively tilled.

In a way, the present integral evolutionary movement (whether in straight-up Gebserian or Wilber version) has inadvertently made the situation worse by exacerbating the disjunction between the structures of consciousness. Many of the folks I know who perhaps a little too glibly announce themselves as “Integral thinkers” are primarily concerned with this coming New: either as a pathway of personal self-realization (I talked about this a couple of posts ago), or in dazzling meta-visions of a new utopian era, decades if not centuries beyond what planet is as yet prepared to bear. Whatever the language, the vibration emerging from this quarter is still rousingly “Drop off the booster rocket, and let’s put the new ship in orbit.”

Sorry. We get there with the booster rocket still intact, or we don’t get there at all.

So I want to begin here from a different starting point. While the inner work of us Wisdom and contemplative/evolutionary folks may be to tend our own conscious emergence, I believe that 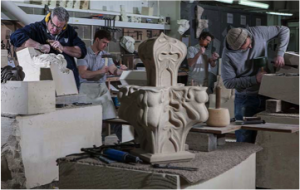 the cultural work we must undertake together is to help repair and heal the traditional structures we’ve inhabited so that they can become healthy vessels of the repressed mythical and magical (and for that matter, mental!) structures. My wager is that when this imbalance is corrected, the full emergence of the Integral (so clearly already waiting in the wings) will be its own unstoppable force. We don’t need to race on up to the front of the train in order to reach the station first; we have to make sure that the passengers in all the train cars are well tended and still hooked up as the station in fact rushes to meet the train.

Practically, that might look like a step backwards: back to things we thought we’d outgrown. Patriotism. A personal God. Prayer. Mystery. A second look at the Roman Catholic Church. I am prepared for the hot coals about to rain down upon my head. But my aim idea here is not a nostalgic recreation of bygone times, but a more intense inquiry into their enduring value, following Gebser’s phenomenological approach. What is a healthy expression of the magical in our own era? What is a healthy expression of the mythical? The mental? I believe if we can begin to think in these terms, and to listen to the values being expressed in each of these structures rather than reacting blindly to the presenting agendas, we may be able to find our way to contemporary, healthy and integrated expressions of these structures, harmonized in the light of the already dawning Integral. And that will be our own mature contribution as a contemplative movement now come of age: the contribution of an authentic third force that just might bust up the logjam and set the river of conscious evolution free and flowing once again. 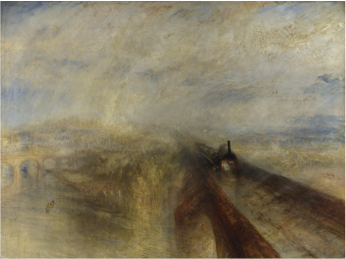 This is the tenth posting in the Exploring Jean Gebser series by Cynthia Bourgeault. You will find the previous posts here:

An Invitation to Begin the Healing Work;
Stages Versus Structures;
Unperspectival, Perspectival, Aperspectival;
The View from The Periscope;
The Perspectival Mainspring;
The Deficient Mental Structure; and
“You Can’t Go Home Again…” The Mythic and Magic Structures;
What Integral is Not; and
Integral as Theotokos: A Western Take on Origin.