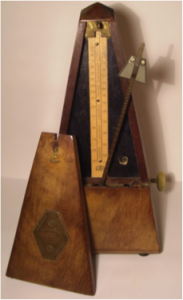 Whatever you may take Gebser’s Integral structure of consciousness to be, its most striking characteristic is that it entails a radically different approach to time. Time presents in a strikingly different way in Integral. Gebser rightly describes it as a “fourth dimension,” and the capacity to grasp what he is laying before us here is frustratingly commensurate with our own attained capacity to begin to think, perceive, and connect the dots according to the conventions of this new language of temporicity.

For most well-educated Westerners, this will be the toughest nut to crack in the journey to the heart of Ever Present Origin. We are used to thinking of time as a duration, metronomically flowing from the past to the future. Even though we know theoretically that Einstein totally up-ended that illusion in his theory of Relativity, in the practical, commonsense world we mostly inhabit time still seems to flow steadily and to present itself as an objective backdrop against which we play out our lives, order our datebooks, and construct the narrative of ourselves. It conveys a reassuring sense of continuity, and its functional indispensability in maintaining the fabric of a well-ordered society is so obvious that it’s all too easy to look the other way and make Einstein the exception rather than the rule.

Time-as-duration is the foundational convention of perspectival consciousness; it’s the invisible electric fence that holds all things within its limits.

To escape from this habituated mode of thinking into a new and wider field of consciousness is frustratingly difficult, because ultimately it’s not a matter of will, sincerity, or merit; it’s a new developmental capacity that unfolds within an individual (and a new cultural age) according to its own inscrutable “time” table. An infant will walk when she’s ready, and as most parents eventually learn, you can’t push the river. Trying to describe four-dimensional time to those of us (most all of us) who have not yet developmentally accessed it is like trying to describe three-dimensionality to the plane-dwellers of Flatland. We don’t yet quite have the capacity to grasp it.

That’s why I admit to cringing and shying away whenever I hear the term “Integral” being bandied about. I know I am about to encounter a terrain replete with pretentious-sounding neologisms and hyped scenarios of a glorious future. Gebser himself succumbs a bit to this temptation, allowing us to tarry too long in the illusion that a new vocabulary alone (“synareisis,”, “diaphaneity,” “waring,” etc.) is going to reveal the truth of the experience. I can almost hear e.e. cummings clucking his tongue at these “great words, writing overmuch [that] stand helpless before the spirit at bay.” The poets get it. They always get it. Nothing is fully realized (“concretized” in Gebser’s term) until it can be expressed simply, in words already in everyday cultural use. Fortunately poets are well represented in The Ever Present Origin, and it is through Rilke and T.S. Eliot that one really begins to taste the extraordinary possibility Gebser is laying before us. 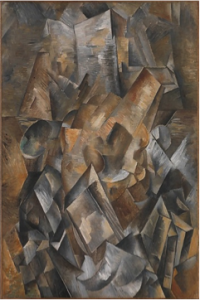 In the newly emerging Integral structure (again, arriving on its own developmental schedule), time will function in a different way: no longer as a duration, but as an intensification, revealing a whole new depth and dimensionality to what was previously perceived merely as a flat surface. In this additional depth and coherence, Origin can finally present itself as what it truly has been all along—immediate, originary presence—not because “God finally decides to “show up,” but because our vehicle of perception has matured enough to “bear the beams of love” without being fried alive. T.S. Eliot speaks of this movingly when he writes in his Four Quartets:

“Old men ought to be explorers. Here and there does not matter.
We must be still and still moving into another intensity
For a further union, a deeper communion…”

In my own Eye of the Heart, I describe as one of the chief characteristics of imaginal perception that time no longer functions as a duration but as a volume. Cut free from the perspectival metronome, it expands and contracts to fill the “amount” of space needed to accomplish its intentions. The heart-fidelity of a lifetime can be compressed into a single glance exchanged across a banquet table, as I try to illustrate using the iconic movie Babette’s Feast. That film is really a deep dive direct into the living heart of Integral temporicity, and its portrayal of the intense, all-suffusing presence of love consummated in a nanosecond of durational time gives you some sense of what this “originary presence” is really all about once it gets out of the head. I have not yet attempted a systematic correlation between Imaginal causality and the Integral Structure of consciousness—I wrote Eye of the Heart well before my deep dive into Gebser—but the resonances are definitely intriguing.

For me the most useful starting point for beginning to get a sense of this new mode of temporicty comes in a single brief comment (EPO, p. 285) where Gebser lists several presentational formats of time: “as clock time, natural time, cosmic or sidereal time, biological duration, rhythm, meter; as mutation, duration, relativity; as vital dynamics, psychic energy [‘soul’ and ‘the unconscious’], and as mental dividing.”

I invite you to stay with that list for a while; it’s a fabulous starting point for learning to concretize time in a different way. See if you can sense your way into each of these presenting modes. What does sideral time feel like when you allow it to penetrate your being with its sheer massiveness, like a mountain range pressing down on you? How does “natural time” come alive in you when you throw away your watch and set your rhythms according to the movements of sun and stars? How are rhythm and meter expressions of time, and how are they different from each other? As you begin to “represent” these possibilities to yourself (as Gurdjieff would call it—i.e., experience them in yourself through sensation rather than visualization—you begin to get 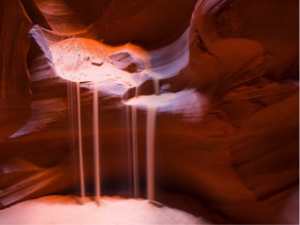 some sense for the range and suppleness of time. The emerging new structure of consciousness becomes something already strangely familiar: no longer a star on the distant horizon, but a quickening aliveness stirring in the womb of your consciousness, whose essence you already intuitively know.

I would add to that list one more temporic: pulse. It’s like meter in a way, but held deeper in your body, in soundless sensation. There you become one with the fundamental dynamism itself, “the root of the root” of the arising. It’s the way deaf people learn to become fabulous drummers.

I would have to say that this is perhaps the lesson I carry the most deeply in my being from my madcap odyssey with my cruising buddy, Johnny the Greek, a couple of seasons ago. I was a Western perspectivaI poster child; he lived mostly in the magic structure. I heard meter, he heard pulse. He taught me how to slow-dance to a jig by attuning to the deeper pulse instead of just bouncing up and down to the top rhythm. At sea, when the wind was screaming and all hell was breaking loose in a 60-knot gale, he simply tuned out the bouncing surface rhythm and hunkered down in the deep, steady pulse of the sea. He sailed on through the storms, unflappable, simply attending to what needed to be attended to in its proper temporcity, his sea-anchor planted in the root spaciousness. It’s a lesson I will cherish all my life; I believe the Sufi whirling dervishes have discovered the same truth. It is not even the “still point in the turning world.” It is the wellspring of the turning.

This is the twelfth posting in the Exploring Jean Gebser series by Cynthia Bourgeault. You will find the previous posts here:

An Invitation to Begin the Healing Work;
Stages Versus Structures;
Unperspectival, Perspectival, Aperspectival;
The View from The Periscope;
The Perspectival Mainspring;
The Deficient Mental Structure;
“You Can’t Go Home Again…” The Mythic and Magic Structures;
What Integral is Not;
Integral as Theotokos: A Western Take on Origin;
The Baton Has Been Passed: Now Can We Run With It?; and
The Horse, The Carriage, and the Driver: A Gurdjieffian Slant on a Gebserian Conundrum.