There are two other things you should know about Gebser’s “aperspectival” time: it is non-exclusionary, and it is purposive. 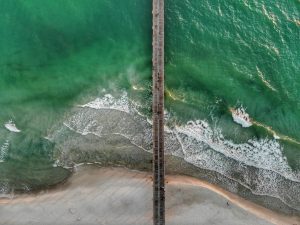 Linear or perspectival time, the time we’re used to, is exclusionary. Its linear, unidirectional flow provides sequencing and causality. Things that happen earlier cause things that happen later, not the other way around. To choose to do one thing often means choosing NOT to do something else. If you decide to become a monk, you can’t marry the girl of your dreams. If you’re an artist painting a full-on portrait of somebody’s face, you can’t simultaneously show their back. As the medieval author of The Cloud of Unknowing laments, “God never gives us two moments at once.”

It is not so in aperspectival time. Here everything that is qualitatively in a moment can and does display simultaneously, as time “irrupts” into the present from a greater coherence beyond it, where seeming opposites or dissonances are harmonized in a more capacious whole. This is the “intensification” that Gebser speaks of. All our possible “courses over history” which in perspectival time can only be lived partially and sequentially, are instantly available in any moment of direct encounter with the “originary” whole. They simply shape-shift from quantitative to qualitative and present themselves as a “timeless” direct encounter with the purposive epicenter from which our lives arise and around which they in fact orbit like planets around a sun.

While his notion admittedly boggles the mind, the heart seems to get it. This is exactly what General Lowenhielm was talking about in his extraordinary love-toast to his beloved across the banquet table that furnishes the moving climax in the movie Babette’s Feast:

Man in his weakness and shortsightedness believes that he must make choices in life. He trembles at the risk he takes. We do know fear. But no, our choice is of no importance. There comes a time when our eyes are opened, and we come to realize that that mercy is infinite. We need only await it with confidence and receive it with gratitude. Mercy imposes no conditions.

And lo! Everything we have chosen has been granted to us. And everything rejected has also been granted. Yes, we get back even what we rejected. For mercy and truth are met together. Justice and peace have embraced.

Pondering this speech in my own book Mystical Hope back in 2000 I wrote: 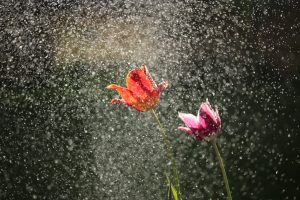 d the fallout from these choosings, our things done and paths never actualized—are quietly held in an exquisite fullness that simply poises in itself, then pours itself out in a single glance of the heart. If we could glimpse that even for an instant, then perhaps we would be able to sense the immensity of love that seeks to meet us at the crossroads of the Now, when we yield ourselves into it. (pgs. 61-62 and pgs.65-66)

That passage was written more than twenty years before I ever bumped into Gebser’s notion of Originary Presence. But it’s still been my primary experiential access route to what I construe Gebser to be hinting at in his description of Origin: not as the linear starting point but as the causal epicenter from which time irrupts into the stale procession of linearity and bedazzles it with wholeness and a felt-sense coherence. We usually interpret these brief inrushes of that other intensity as merely mystical or “peak” experiences, but the long arc of evolution suggests that they can and will become a steady state of being once our consciousness, moral compass, and nervous system have all matured to a degree that we can stand living steadily at that degree of direct causal intensity. That is Integral Emergence in a nutshell.

Meanwhile, in this new aperspectival configuration, time has a more fluid, shapeshifting quality, serving more frequently as the vehicle of “presentiation” (bringing all things into the present moment) than as the docent of linearity. Time flows both forwards and backwards out of that causal epicenter as we learn that events theoretically in the “future” (i.e., not yet downloaded onto the horizontal timeline) can and do physically impact events in the “past.” My teacher Rafe always told me that he worked every day to liberate his parents, both long dead, from the cumulative anguish of their lives. Higher consciousness alters the flow of time— by exposing the illusion of “flow!” Meanwhile, it slips around behind the “front” of that artist’s portrait and displays the back side as well. This is what Gebser means by the “concretization” of time and why he makes so much of some of Picasso’s expressionist paintings which display mutually exclusive perspectives at the same time. Perspective be damned! If the front and back sides of something do in fact simultaneously exist, then they can be simultaneously portrayed. Period. The “time” it would have taken to walk around to the back side and paint it from its “proper” perspective is instead recaptured in the simultaneity itself. Time is now functioning not as perspectival distancing but as aperspectival convergence.

Another way of saying this would be that time is no longer passive but active, no longer a backdrop but an additive force. In that sense, it would be fair to call it purposive—which is actually what our brilliantly precocious author of The Cloud of Unknowing does in his fourth chapter when he describes time as a function of will, each moment 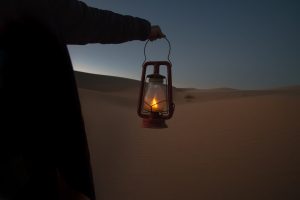 arising as an “urge” or “spark” of the divine will. While normally these urges arise sequentially, the author teaches—”because God does not wish to reverse the ordered course of his creation”—they can configure in other ways as well: most strikingly as a stirring or intensification of desire—“and it is wonderful to count the number of stirrings that may appear within one hour in a soul that is disposed to this work,” he marvels.

Aperspectival time thus demonstrates interiority, consciousness, and spontaneity, those three characteristics which, according to Teilhard de Chardin (Human Phenomenon p. 25) announce the definitive presence of conscious intelligence at work. It is no longer inert, mechanical; it is active, purposive, creative, unpredictable. For all of these reasons. It would not be innacurate to say—again in Teilhardian terms— that it belongs to the realm of the personal. And while the importance of this final suggestion may be lost on those of you unfamiliar with Teilhardian thought, it may just hold the missing piece to why this long-awaited Integral Emergence has been so frustratingly slow in arriving.

Please share your reflections in “Comments” below! We love to hear what stirs you.

This is the thirteenth posting in the Exploring Jean Gebser series by Cynthia Bourgeault. You will find the previous posts here:

An Invitation to Begin the Healing Work;

The View from The Periscope;

“You Can’t Go Home Again…” The Mythic and Magic Structures;

What Integral is Not;

Integral as Theotokos: A Western Take on Origin;

The Baton Has Been Passed: Now Can We Run With It?;

The Horse, The Carriage, and the Driver: A Gurdjieffian Slant on a Gebserian Conundrum;

and The Faces of Time.

Check out the Forum for related posts written by members of the Wisdom community:

The Heart’s Longing by Benjamin Thomas;

Stay connected, there are more posts in this series to come!