Here is a wonderful new blog post from Dr. Rudy Hwa — an emeritus professor of Physics at the University of Oregon as well one of my one of my senior Wisdom Students, both chronologically (we’ve been traveling this path together for nearly two decades now) and in his recognized eldership in both the scientific and Wisdom communities. This delightful blog seamlessly weaves together his scientific rigor with his passion for music. It’s a delight and a privilege to share it with you here. 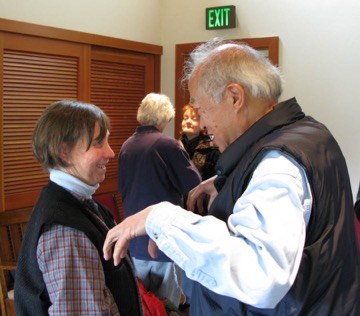 At a symposium held many years ago on a day between the performances of the third and fourth operas of Wagner’s Ring Cycle, the musical director of the Ring said in answer to a question about Wagner: “Music without Wagner is like physics without Einstein.” That statement struck such a chord in me that I have been exploring its implications ever-since. As a physicist I know Einstein’s work more than I do about the works of Wagner and Teilhard. But my love for music, especially for Wagner’s operas, and my journey in spirituality put me at a place where I can enjoy a panoramic view of all three. My words to describe that view, however, will be inadequate, like any description of something beautiful or profound. 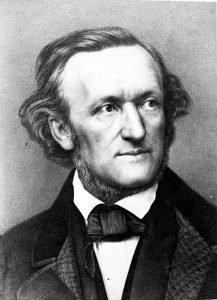 Richard Wagner was not just a musical genius but also a unique dramatist. He described the realm beyond worldly experiences through his musical dramas in ways that have never been done by anyone before nor afterwards. He wrote the poetic libretto of his operas himself. His Ring of the Nibelung, which consists of four operas that add up to more than 16 hours, is conceptually connected to his last opera Parsifal in the context of redemption. The Ring is about the greed for power and the cleansing of that corruptive human inclination by love through self-sacrifice, but the redemptive process is not completed until the fool Parsifal gains wisdom through compassion in the next opera. Parsifal is a mystical journey of deep spirituality described in ethereal sublime music. The transformation that occurs in the five-opera sequence Ring/Parsifal is an outward manifestation of the change in Wagner’s own inner life, at the later stage of which he turned favorably to the Christian belief in redemption through suffering and love. Actually, he was more influenced by Buddhism than by the traditional Christianity ruled by a hierarchical church. He saw the failure of 19th-century Christianity in restraining industrial Europe from its greed for power. Wagner used art to rescue religion by creating a musical cathedral on the theme of suffering and compassion in the spirit of the Gospels. He willed that Parsifal not be performed outside of Bayreuth because he did not want this opera that he regarded as sacred to become a theatric amusement. Thirty years after his death Wagner’s family finally authorized its performance elsewhere, and more than 50 opera houses in Europe put it on in the first eight months of 1914 before WWI temporarily ended its universal appeal. 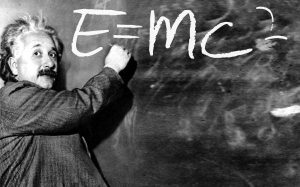 Einstein is probably best known for his energy-mass equation, E=mc2, the significance of which is transformative in physics. At the root of that equation is the theory of relativity, whose role in revealing the nature of the universe has cosmic and religious implications. In simple terms Einstein unified time and space. Energy and momentum are similarly unified in such a way that mass may turn into both energy and momentum. More difficult to imagine is that large massive stars can warp spacetime. Without Einstein’s fundamental contribution to our understanding of nature, cosmologists would not have been able to determine from modern observations the properties of the universe at its beginning when even the notion of space and time is not well defined.

Concerning spacetime it is interesting to note that in Act I of Parsifal, the young fool who does not even know his own name finds himself in the forest of the knights of the Grail without feeling that he has trekked a long distance. The wise old man, Gurnemanz, explains to him: “You see, my son, time here becomes space.” It is amazing that Wagner thought of the unification of time-space 30 years before Einstein, though for a different reason. He wanted to lead his followers on a redemptive journey to a realm beyond ordinary consciousness in ordinary spacetime. One has to be like Parsifal in not knowing anything to enter the domain that is timeless and of no specific space. It is not self-degradation here to become a fool. In wisdom tradition that means one empties the mind in order to be open to transcendent consciousness. Wagner dared to compose music that represents timelessness on a stage that offers nearly no motion for long periods (in theater time), yet holds the audience spellbound and transported to a realm where suffering is not just feeling of pain, but a part of the kenotic process of redemption. 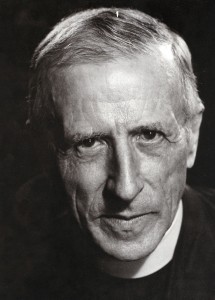 Whereas both Wagner and Einstein were broadly recognized in their lifetimes for their achievements, Teilhard de Chardin, SJ, was forbidden by his Jesuit superiors to publish his anti-establishment writings. He was a paleontologist and theologian, and saw the necessity to synthesize Christian faith with evolution because he did not believe in the literal interpretation of the Genesis story of creation. That did not go well with the Roman Church and many philosophers and most scientists on both sides of the schism. In his view spiritual and physical evolutions are not in conflict but follow the same movement in consonance with each other, so he unified incarnation and cosmic/biological evolution in his Christogenesis through four phases, which Cynthia Bourgeault calls the 4Cs: cosmogenesis, complexifcation-consciousness, convergence and Christ-Omega. To a reductionist Teilhard’s work may sound as repugnant as what the music of Ring-Parsifal does to a non-Wagnerian. But for one who is on a spiritual quest, the Teilhardian synthesis provides a refreshing alternative to the traditional dogmatic theology; more significantly, it offers a pathway to the mystical field of unitive awareness of the Oneness beyond space and time. That is transformational. It has been suggested that Teilhard is the fourth major thinkers of the western Christian tradition, after St. Paul, Augustine and Aquinas.

Teilhard did not build a bridge between science and religion that leaves the schism as deep as it ever has been. Like the unification of space and time, he amalgamated the physical and spiritual realities such that a seeker from either side cannot find a clear line separating the empirical and the transcendent. But one has to want to seek in order to find what he offers. Teilhard said it better:

You are not a human being in search of spiritual experience.

You are a spiritual being immersed in human experience.

The amazing feeling I get in reading Teilhard’s writing is that he was so immersed in the wholeness that he could move effortlessly from spacetime to non-spacetime to describe that intimate union at the gut level where the mind is truly in the heart. In his treatise The Human Phenomenon the word God cannot be found anywhere until the epilogue. Yet the universality of the love he envisioned is clear in his statement: “A love that embraces the entire universe is not only something psychologically possible; it is also the only complete and final way in which we can love.”

That’s great, but how do you do that? This question reveals my awareness of my being at a particular point in spacetime attempting to do something. Loving in finite spacetime will always be contingent. To transcend that one has to love not as an act of doing, but as a state of being. Doing is carried out by the mind; being resides in the heart. In all wisdom traditions the practice is to let go of thinking through contemplation. That is to become like Parsifal, the innocent fool, who responds to suffering. In a loose analogy that compromises the rigor of physics thinking, it is like mass in matter converting to kinetic energy that transmutes into love energy.

With Wagner’s music I can be passionate; with Einstein’s physics I can be dispassionate and explain what I know. But with Teilhard’s theology I can do neither. It requires both thinking and believing, which are hard to do simultaneously, much like particle-wave duality. Indeed, the Teilhardian synthesis is just like quantum physics that unifies seemingly incompatible classical properties. I admire his passion and ability to use love energy to integrate his profound thoughts and experiences into one coherent description of the Wholeness.

Wagner, Einstein and Teilhard: all three of them were visionaries, using different languages to express different yet similar transformative experiences. Feeling, thinking and believing are what mathematicians would call orthogonal functions, which all of us have in varying degrees. The world has been enriched gloriously by what the three giants have shown us on how these three functions can harmoniously be combined to beautify the Whole.