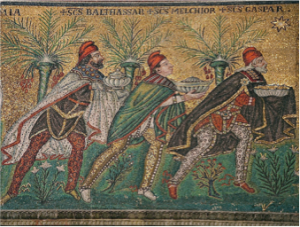 As we enter this Feast of Epiphany, celebrating the arrival of Holy Wisdom at the stable, I invite you all to join me over the next twenty-four hours in keeping Wisdom vigil for our American nation as we enter the eye-of-the-needle of what will surely be one of the sorest tests ever pressed against our democracy and against the resiliency and common sense of our people. Whatever your politics, there is a deep need for Wisdom to arrive again, bearing her gifts of steadfastness, lucidity, and forbearance.

1. If you feel prepared both inwardly and outwardly, by all means offer tonglen. Sitting still and fully present in your body, consciously breathe in a piece of the toxicity—the psychosis, the fear, the pathology; then breathe out sobriety. No more than ten minutes at a time, then transition into Centering Prayer. This is intentional suffering at it most literal and direct, and it does work powerfully if you can remain rock-steady inside and simply breathe.

2. In addition to or instead to the breath prayer, stay close to this cherished teaching in Philippians 4:8: 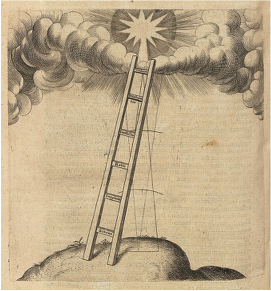 Sometimes I wish we could all just declare a temporary moratorium on the term “Integral!!!” What Gebser intended when he chose that name for his emerging fifth structure of consciousness is challenging enough to wrap one’s mind around in the first place. But when his already elusive notion gets repackaged and progressively distorted in a series of popular contemporary misinterpretations, all grandly proclaiming themselves to be “integral,” then we have little choice but to begin by draining the swamp.

So okay, folks… here’s what Gebser’s Integral is NOT:

It’s not about political or social inclusiveness. It does not equate to “tolerance,” “broadmindedness,” or affirmative action. This is all still synthesis, solidly ensconced within the perspectival modus operandi.

It is not about “soul work,” self-awareness as we typically understand it, or “integrating the shadow.”

It is not “non-duality,” “a higher state of consciousness,” “self-realization,” or “enlightenment.” In that sense, it has nothing to do with spirituality whatsoever.

It is not the top tier of the evolutionary pyramid (what part of “perspectival” do you still not understand?). 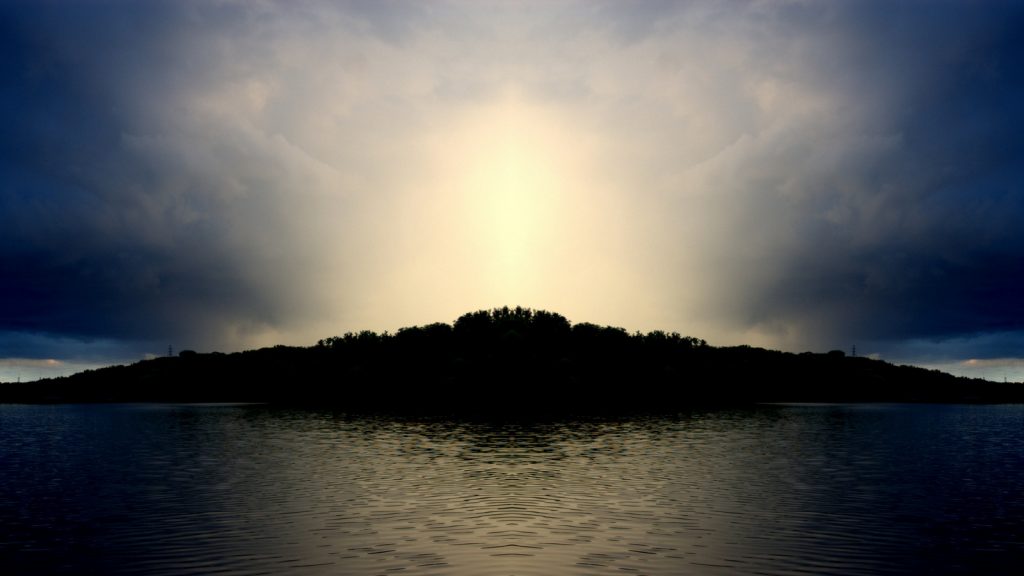 On Monday December 21, 2020 Cynthia Bourgeault sat down with Marcella Kraybill-Greggo on zoom to have a conversation about the work of Jean Gebser. This conversation came into being through the desire to share with the larger Wisdom Community how the Gebser teaching has come “toward us from the future” for such a time as this.

This 2020 year has held THREE new teachings for our Wisdom Community…each a seeming surprise and each coming with a particular heft and leavening call.

First the Azize practices arrived in Spring (right after the COVID 19 shut down).

Second, Cynthia’s Eye of the Heart Imaginal teaching arrived in book form and in a Wisdom school in summer.

And now this fall the Jean Gebser teaching has arrived.

Cynthia shares with us how all three teachings have “come to us from the future” and that as Wisdom Seekers our hearts have been prepared for each of these teachings. 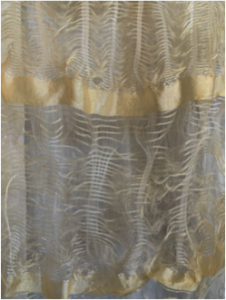 The Jesus Prayer has been part of my practice for a number of years now, and recently it has taken a deeper dive into the body with the introduction of Gurdjieff’s Lord have Mercy exercise. The practice moves into sensing “an echo” of the words “Lord have Mercy” in each of the limbs, coursing through the body and building in both sensation and feeling. Yesterday when the meditation ended, I gently opened my eyes and experienced the Lord have Mercy echoing, not only from within, but from every corner of the room, each object, from the barn outside the window, the field, the sheep, to the sky itself. It was a glimpse into the Lord have Mercy speaking through the weave of all life, all matter, animate and inanimate.

I have a few Advent prayers, and this exercise is one. I am fortunate to have a little group that practices it together weekly, augmenting my own personal practice of it. It invites me to listen to how Lord have Mercy sings through the body, and now, allows a glimpse of how it resounds through the whole of creation. It is a door to a beautiful Whole ... 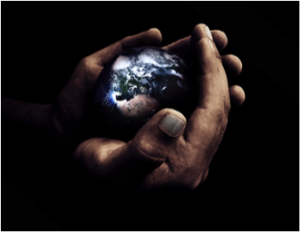 I know that a number of you, in growing awareness of the of the blind spots and shadow elements in the mental structure of consciousness, have been casting a fond glance toward indigenous cultures, which seem to offer counterbalancing strengths in precisely the areas where the mental structure is weakest: a deeper connection to the natural world, a more organic sense of belonging, and a greater awareness of the evocative power of ritual and the numinous. Your intuition is fundamentally correct, for part of the tragic hubris of the mental structure is its disdain for structures “less evolved” than its own and its conviction that it has “transcended and included” all previous developmental stages, bearing uniquely on its own shoulders “the axis and the arrow of evolution.”

Still, one must proceed cautiously with this mythic turn. It has been tried twice already during the past century, and both times it has arrived at a dead end.

The first attempt got underway between the two world wars and gave birth to the movement known as Traditionalism. Under the guiding inspiration of the brilliant French metaphysician Rene Guenon (1886-1951), it immediately attracted some of the brighter minds of the early ... 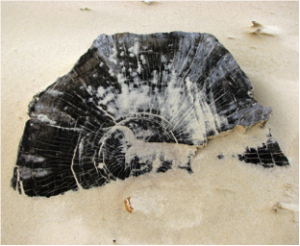 Structures of consciousness have their own life cycles. When a new structure bursts definitively onto the stage of history, it is typically at its most vital and creative, filled with powerful constellating energy and psychic force. It will quickly establish itself as the new culturally dominant structure. When the structure enters its deficient mode (typically toward the end of its era of cultural hegemony), it tends to become stale and increasingly rigid, fixated around its own worse habits.

In Gebser’s analysis, the turbulent social upheavals that erupted full force in the early twentieth century and have continued more or less unbroken right into our own times can be attributed in large part to the phase of the cycle now playing out: the mental structure of consciousness in its deficient mode. The good news is that this turmoil is in fact a birth canal, and the contractions we are collectively anguishing through are indeed the birth pangs of the rising aperspectival structure making its presence powerfully known. The bad news is that labor is bloody hell.

When the mental structure becomes deficient, it displays two signature—seemingly contrary—tendencies: it totalizes, then it splinters.

We started to explore Gebser’s understanding ...

All structures of consciousness have at their center of gravity, a core value or “moral mainspring” around which all else is ordered. Often unstated and even unrecognized, it nonetheless establishes the yardstick by which value is measured and priorities are assigned within that structure.

In the mental structure of consciousness the skew is definitely toward The Individual.

This orientation should come as no surprise; it is essentially built right into the hardwiring of this structure of perception itself. Perspectival consciousness comes into being part and parcel with the establishment of a perceiver, the artist who stands outside of his or her canvas and orchestrates the entire artifice from a perch slightly beyond it. It bursts upon the world stage joined at the hip with the capacity for self-reflective consciousness, the ability to stand outside of oneself and look back upon oneself and upon the world as if in third person. This slightly removed viewing platform is the ego, the crowning achievement of the mental structure of consciousness, and Western Civilization has ridden to glory on its back.

By “ego” I am not referring here to what religious folks are all too quick to demonize as “sinful self-will ... 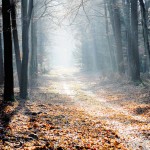 Dear Friends of Northeast Wisdom / and the new! Wisdom Waypoints,

We want to express our heart-felt thanks to each of you who has contributed to our annual fundraising campaign. Your support means the world to us, and we appreciate whatever amount you have been able to give.

We got off to an earlier start with our annual fundraising campaign this year, and it is going well. If you haven’t had a chance yet to make your gift, please consider doing it now. Every contribution, in any amount, further serves the Wisdom Community.

We invite you to donate here

If you missed the messages below from Cynthia, Marcella and Matthew, take a look now. We are grateful for your generosity, and honor our partnership in Wisdom together.

As we step into the season of Advent we wish you all deep peace in the stillness and the quiet promise of what is gestating within.

The 2020 Annual Fundraising Campaign: Your Generosity, Making a Difference

Once again it’s that time of the year when I have the privilege of inviting you to renew your ... 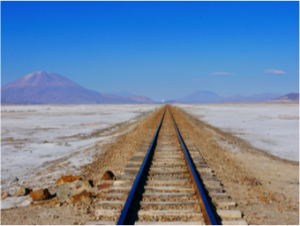 Gebser’s brilliant unpacking of the structures of consciousness in terms of PERSPECTIVE (as it is understood in the art world rather than in philosophy) gives us a powerful new visual tool with which to begin to see where we’re pinned. In art, perspective is a technique for creating the illusion of depth and space on a two-dimensional plane. It works by establishing an arbitrary “vanishing point” on the horizon, then arranging all the elements on the canvas on a hypothetical line leading back to it. Instantly the size of the objects relative to one another on the canvas comes into correct proportion, and a sense of realism is established.

As I ponder this striking visual metaphor, I am struck by how this same basic configuration seems to apply to that other organizing convention of the mental structure of consciousness, TIME. In perspectival time the “vanishing point” would be that arbitrary “consummatum est” (whether you construe that to be your own death, the Armageddon, the Omega Point, or simply the end of some process you’re currently involved in). The line leading back to it is linear time, and what in a painting takes shape as “background” and “foreground” finds ... 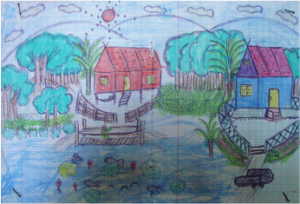 Jean Gebser’s cultural home base was the world of art. He was a personal friend of Pablo Picasso’s, and examples culled from art history dot the landscape of his The Ever-Present Origin, illustrating almost every significant point he makes. It’s not surprising that his master interpretive lens, perspective, should itself derive from the domain of art.

Yes, perspective. Just like you learned in elementary school art. When you first began drawing pictures, probably as a preschooler, Mommy and Daddy and your big sister were always bigger, no matter where they appeared in your picture, because that’s what they were! Then someone taught you about foreground and background, and you learned how to make things at the back of the picture smaller to show that they were farther away. You learned to turn your house at a slight angle on the page so that you could show two sides of it at once. You may or may not have consciously realized that you were learning how to proportion the various bits and pieces in relation to a hypothetical point on the horizon. But your drawings got more orderly, and they began to convey a sense of depth.