Following the training, my confidence level had risen significantly and I was enthusiastic about continuing the practices. On my way home on the plane, some ideas about how to approach this subject in my congregation began to take shape. I was able to jot down a few notes before I fell asleep.

I belong to a small Episcopal congregation in Northern Colorado with some very big ideas and a huge collective heart. It’s a diverse congregation in many ways including in theology. A few are familiar with the writings of Cynthia Bourgeault and Richard Rohr and a few are interested in Centering Prayer. I knew I needed to start from scratch.

Our Priest was on a leave of absence so I spoke to our and Deacon several others about doing an Adult Formation study for four weeks focused on the Wisdom Tradition, it’s history and it’s practices. I felt that a good time slot was Sunday mornings after church for an hour and a half. This time period tends to attract more people, maybe because they’re already there. Our priest returned and I put together an outline by the end of July.. It was finally put on the schedule for Advent, a very appropriate time, I thought, and it was reduced to three weeks.

Of course, I needed to revise my outline and our Priest, Felicia, wanted something in writing that she could follow as she wasn’t able to be present all three weeks. What a challenge. As we have learned from Cynthia’s books and many others, there is a mountain of material on the subject of the Wisdom Tradition throughout Christianity. How was I going to present some of the core ideas and where and when they bubbled up in a nice concise package, keeping the experiential piece forefront? I was committed to presenting the practices with a focus on three-centered awareness and putting the mind in the heart, or “putting on the mind of Christ”.

By now I was losing much of my original enthusiasm. I decided to ask Bill Redfield to be my Spiritual Director/Mentor. That was the wisest thing I could have done because Bill continued to be very encouraging as well as pointing out ways I could best facilitate this presentation that I hadn’t thought about. Notably, he suggested I begin with a practice.

I pulled out my copies of “The Wisdom Jesus”, “The Wisdom Way of Knowing” and “Mystical Hope” along with the notes from the Leadership Training, two online courses on Gurdjieff and a favorite book, “Love Poems from God” and began to thumb through all those to find favorite passages. This plethora of ideas, theology and allegory and the mystics who espoused them defied any logical order. So, I borrowed some sense of order from Cynthia’s books, not wanting to get the cart before the horse and overwhelm people. 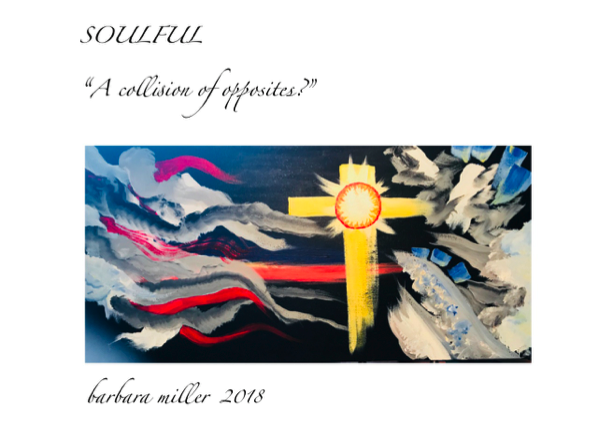 I included questions to encourage participation and handouts for people to take home. Using three categories of practices, heart (Centering Prayer, Guided meditation, etc.), mind (Lectio Divina, poetry, reading) and body (body prayer, walking meditation, chant, ecstatic dance), I attempted to ascertain what, if anything, needed to be known to do the practices. Just maybe, the practices themselves teach from the inside out.

Gradually, I became less concerned about information and more focused on what people were hearing and what I was sensing. This began to form itself as I realized people’s eyes were beginning to glaze over midway through the first session. Reading poetry woke them up. As a result, my notes, which were rearranged on the fly, are a shambles. I wouldn’t recommend them anyway as so much depends on the audience.

The final week was mostly Q & A and practices, mainly chant and ecstatic dance after which I popped the most important question. How many would like to continue with a weekly practice circle. Five people definitely wanted to continue. We chose a day and time and confirmed the availability of the space. We have been meeting since January with an occasional week missed due to snow, illness or my travel commitments. We have anywhere from two to six present. I teach them, they teach me.

One notable inspiration; at the first circle meeting; we did Lectio’ on “The Lord’s Prayer” as it is in scripture. We decided to continue using often used pieces from scripture to bring them alive again and see if anything new arises from them. Believe me, this is much more challenging than it seems at first glance. Going deeper when we ‘think’ we already ‘know’ is like pushing a rock uphill at first. Finally, if we’re lucky, there’s an opening and something beautiful arises.

I can’t believe I haven’t once mentioned Kenosis. Kenosis, however has been and remains the focal point of every practice, especially Centering Prayer which is our anchor practice. CP is usually followed by a body practice of some sort, (I’m looking forward to using the invocation taught to us by Lois Barton at a recent retreat in Tucson, AZ) then a short break.

Following the break we do Lectio Divina. Each practice includes time for processing. Our sessions are two hours and the time seems to fly, no one wants it to end it seems.

Overall, this has been an extraordinary experience. I’ve learned so much from the participants and from the process itself. Above all, if not for the Leadership Training, I’m fairly sure none of this would have happened. Much gratitude to Bill, Laura and Kerstin, and all our class members; Jesse, Carol, Karen, Karla and Carol. Every one of you added wonderful spice to this particular mystical pie. My prayers are with all of you. 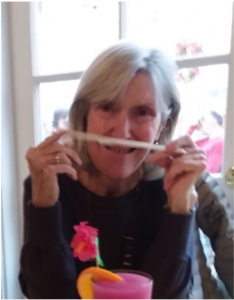 I think of myself these days as an inter-spiritual person. I’m Episcopalian and Sufi. I love Hindu practices and kirtan. And, I find useful wisdom in Buddhism and the Tao. Following my husband’s death in 2009, I focused my lifelong love of all things spiritual on studying the Christian Mystics, attending retreats and becoming a Spiritual Director. I’m now in the process of becoming a Benedictine Oblate in a local monastery. I met Cynthia Bourgeault in 2012 and immediately began reading and studying her books. She, along with Richard Rohr and James Finely, is my primary source and inspiration for how I view, practice and share the Wisdom Tradition. My being resonates with her emphasis on kenosis and surrender, and my experience attests to its fruitfulness.

What do I love? I love my family and friends, I love my faith community, especially the youth. I love being in the outdoors, I love enjoying our furry brothers and sisters. I love the Silence, the All.