Thanks to a prompt from Cynthia, I have been looking again at Gurdjieff’s notion of the horse, carriage, driver and Master. In fact, it appears that this metaphor is much older. The Hindu tradition—Katha Upanishads states:

Know the âtman as the lord of the chariot, the body as only the chariot, know also intelligence as the driver; know the minds (sic) as the reins.
(Katha Upanishad verses 1.3.3).

Mr. Ouspensky recorded Gurdjieff’s account of this idea in In Search of The Miraculous:

Work on oneself must begin with the driver. The driver is the mind. In order to be able to hear the master’s voice, the driver, first of all, must not be asleep, that is, he must wake up. Then it may prove that the master speaks a language that the driver does not understand. The driver must learn this language. When he has learned it, he will understand the master. But concurrently with this he must learn to drive the horse, to harness it to the carriage, to feed it and 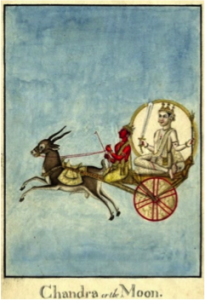 groom it, and to keep the carriage in order—because what would be the use of his understanding the master if he is not in a position to do anything? The master tells him to go yonder. But he is unable to move, because the horse has not been fed, it is not harnessed, and he does not know where the reins are. The horse is our emotions. The carriage is the body. The mind must learn to control the emotions. The emotions always pull the body after them. This is the order in which work on oneself must proceed. But observe again that work on the ‘bodies,’ that is, on the driver, the horse, and the carriage, is one thing. And work on the ‘connections’–that is, on the ‘driver’s understanding,’ which unites him to the master; on the ‘reins,’ which connect him with the horse; and on the ‘shafts’ and the ‘harness,’ which connect the horse with the carriage—is quite another thing…(pg. 41)

In the Hindu tradition, the creature is an antelope and the god being conveyed is The Moon. Another commentary from G. I. Gurdjieff in Views from The Real World states:

Inside us we have a horse; it obeys orders from outside. And our mind is too weak to do anything inside. Even if the mind gives the order to stop, nothing will stop inside.

We educate nothing but our mind. We know how to behave with such and such. “Goodbye.” “How do you do?” But it is only the driver who knows this. Sitting on his box he has read about it. But the horse has no education whatever. It has not even been taught the alphabet, it knows no languages, it never went to school. The horse was also capable of being taught, but we forgot all about it. . . . And so it grew up a neglected orphan. It only knows two words: right and left.

What I said about inner change refers only to the need of change in the horse. If the horse changes, we can change even externally. If the horse does not change, everything will remain the same, no matter how long we study.

It is easy to decide to change sitting quietly in your room. But as soon as you meet someone, the horse kicks. Inside us we have a horse.

The horse must change.

If anyone thinks that self-study will help and he will be able to change, he is greatly mistaken. Even if he reads all the books, studies for a hundred years, masters all knowledge, all mysteries—nothing will come of it.

Because all this knowledge will belong to the driver. And he, even if he knows, cannot drag the cart without the horse—it is too heavy. 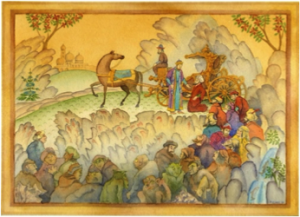 First of all, you must realize that you are not you. Be sure of that, believe me. You are the horse, and if you wish to start working, the horse must be taught a language in which you can talk to it, tell it what you know and prove to it the necessity of say, changing its disposition. If you succeed in this, then, with your help, the horse too will begin to learn. (pgs. 96-97)

As if this wasn’t enough, Gurdjieff warns us in Beelzebub’s Tales to his Grandson that:

A man as a whole, with all his distinct and separately functioning localizations, that is to say, his independently formed and educated “personalities,” is almost exactly comparable to that vehicle for transporting a passenger which consists of a carriage, a horse, and a coachman. It must be remarked, to begin with, that the difference between a real man and a pseudo man, that is, between a man who has his own “I” and one who has not, is indicated in this analogy by the passenger sitting in the carriage. In the first case, that of the real man, the passenger is the owner of the carriage; and in the second case, he is merely the first chance passer-by who, like the fare in a “hackney carriage,” (a taxi) is continually changing.

I take it that there is a direct connection, although the traditions or presentations are different, that the Master is none other than the Risen Christ, the Christ described in St. Teresa of Avila’s prayer:

My dear teacher Elizabeth Bennett, God Bless her, was once asked the question, “What was the principal message of Gurdjieff?” She had spent time with him in Paris after the war and, after reflecting, she said:

“Our aim is to serve God, but first of all, we need to do a little work.” 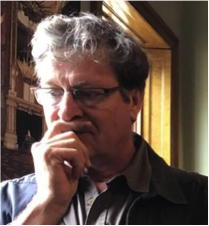 Jonathan and Hajah Tetley worked for ten years with Elizabeth Bennett, J.G.Bennetts widow, attending her group in Devonshire Place, London, at the flat of Mary Pearce. Both Mary and Elizabeth used to visit Claymont, and, Jonathan says, “I’m sure Deborah Rose can tell you some stories! I can recommend ‘Idiots in Paris,’ Elizabeth’s account of her visits to Gurdjieff’s apartment in Paris and she and Mary both epitomised for me a generation that had come through the war and had seen a role for practical spirituality to counter the horrors which had arisen and almost engulfed them.”

“After Elizabeth’s death in 1992, we spent as much time as possible with Pierre and Vivien Elliot, who, after Pierre’s time as Director of Studies at Claymont, set up a study centre in France, down in Provence. Rivaugier was almost another Eden, with vineyards, mulberry trees, figs, olives and nightingales singing at night, along with the constant singing of les cigales, the Provencale cicadas. Students from all over Europe and the Americas used to come down and spend periods there. Pierre had struck up a friendship with the Father of a local monastery, the French Orthodox bishop Monseigneur Vigile, and there would be visits for services and homilies. We had set up a group in the UK and used to fly out to Germany to assist a group there also.

“After a period of abstaining from all church life, I started taking my then very young son to Sunday School in church and followed the liturgy without much engagement. However, one Easter, I was struck, suddenly and unexpectedly, by a perception of how we participate in The Body of Christ, a profoundly moving experience. I had fallen out of touch with the Work, but became convinced that this would be needed as well as my new found Faith and rejoined Anne Hildyard’s group—a group that met yesterday.

“I am persuaded that, even though we are in the midst of great difficulties and seemingly intractable problems, that the quiet, steady work that we can do on ourselves and together in group make a real difference. If I may quote J.G.B:

If a few people, or even many, are drawn towards Gurdjieff’s teaching, how can their work, isolated from any great organization, whether secular or religious, be expected to produce any results? I think the answer to this is very simple. It is always the work of a few people that has changed the world. Ideas are powerful, not organizations. Nothing can be done by outward force—everything can be done by inner strength.

There are in the world the elements of this inner strength. They reside in the conscience buried in every human heart. But they are mixed with negative and destructive forces —the consequences of the properties of the organ Kundabuffer— like a sauce which has turned. Everyone who is a cook and has had experience of making sauces knows how this happens. A sauce is an emulsion of watery and fatty components. Suppose that I am making such a sauce for sixty or seventy people with pounds of precious butter and dozens of eggs. It gets overheated and in a moment it has turned. This is a terrifying moment for an inexperienced cook. He loses his head and beats the sauce violently only to make things worse. A good cook pours a little cold water at one edge of the bowl and stirs quietly until in one little corner the sauce turns back again. The emulsion spreads through the whole mass until the sauce is right again. The first time a cook sees this done, it looks almost miraculous.

It is the same with the world. Everywhere people are stirring violently to make oil and water mix. This cannot happen. The part of wisdom is to establish here and there centers in which right relationships can exist by the power of a common understanding of what is ultimately important. From such centers there can spread throughout the world—perhaps far more quickly than we might imagine possible— the seeds of a new world.” 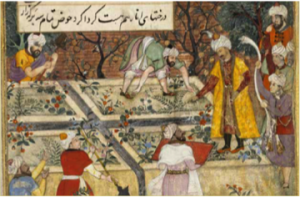