Offering to The Earth 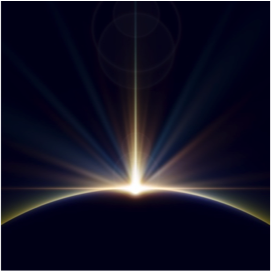 In this post Bill Espinosa shares from the Wisdom Practice Circle in Virginia where they chose to read together a piece of Llewelyn Vaughan-Lee’s current writing and act upon his suggestion that we can all make a particular offering of healing to the Earth.

A note, in the spirit of connection: in 2011, Cynthia Bourgeault wrote a forward to Llewellyn Vaughan-Lee’s beautiful little book, Prayer of the Heart in Christian and Sufi Mysticism. She concludes it with a quote that she oft repeats in her own books, from Llewellyn’s earlier work The Bond with the Beloved.

The following paragraph…was what first ignited my connection with Sufism and my reconnection with a nearly abandoned inner conviction that prayer was utterly real and utterly needed, not just for personal healing and “self-realization” but for the very life of our planet:

“As we silently work upon ourselves, the energy of our devotion becomes a point of light within the world. At the present time a map is being unfolded made of the lights of the lovers of God. The purpose of this map is to change the inner energy structure of the planet. In previous ages this energy structure was held by sacred places, stone circles, temples, and cathedrals. In the next stage of our collective evolution it is the hearts of individuals that will hold the cosmic note of the planet. This note can be recognized as a song of joy being born within the hearts of seekers. It is a quality of joy that is being infused into the world. It is the heartbeat of the world and needs to be heard in our cities and towns.” (Llewellyn Vaughan-Lee, Bond with the Beloved, pg. 26)

Love, prayer, and our human relationship with the Earth continue to be at the heart of Llewellyn’s teaching. And the “song of joy being born within the hearts of seekers” continues to resonate in the Wisdom community.

Llewellyn Vaughan-Lee is a British born, California based Sufi trained in the Naqshbandi order. He was guided in his youth and afterwards by Irena Tweedie, the author of two spiritual classics: Daughter of Fire and Spirit of Fire; which chronicle her own training at the feet of an Indian Sufi master. 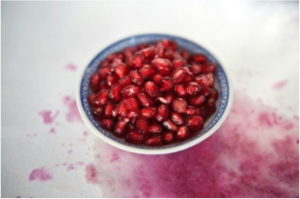 Llewellyn is a prolific writer; in recent decades he has focused on the damaged Earth and our own deafness to a higher calling at a turning point in human and terrestrial evolution. Part prophet, part Welsh prose-poet, his writings are heart-rending and compelling. Many can be found in the collection Darkening of the Light. In our local Wisdom group we read another piece that recently appeared in a Parabola blog: When the Source Ran Free: A Story for the Present Time. He calls it “a song” from “a place where the angels are present, where light is born, where the future is written.” Midway through it, after surveying a shattered planet and a lost and occluded humanity, Llewellyn writes of what we can do:

“Wait till you feel your own story like a dream, like a possibility, and then give it to the Earth as an offering. Give your own story to the Earth as an offering, full of meaning, full of possibilities, and full of the song of the soul, that ancient song, so ancient it was born before the beginning and yet also knows the meaning of time. The Earth has been so much cut up that it needs again to know wholeness, to be given wholeness as a gift. What you can offer is your own story, which is your own wholeness, the essence of your becoming, to give that as a seed to the heart of the world.”

We then made it our exercise to each offer our story, as whole as possible, as a gift to the cut-up Earth.

Here are two such stories. One of stunning simplicity comes from Devi Peterson who was formerly Swami Satchidananda’s nurse:

The other story is a wordier excursion of the kind which the author of this blog can’t seem to avoid.

Apparently, he said yes to living for a while in a dank closet after swimming in the swirling foam of an endless sea and dancing all night in the spirals of the sky. Timelessly.

Apparently, he agreed to all this even though he had painful memories from the last few times around. 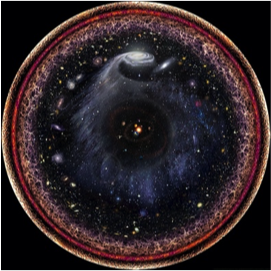 Apparently, he consented to dropping from a timeless womb of Unity into pools of intoxicating outer love that were laced with grasping tendrils and traces of odorless cyanide.

Apparently, he was fine with the knowledge that the land where he would first root and abundantly flower wasn’t really his and that he would have to find a new root-hold in dusty soil and an alien climate. He would have to try to thrive, unwelcome, as a kind of invasive species.

Apparently, he chose long periods of loneliness and separation.

Apparently, he knew that all this needed to be done even though he often forgot why. But along the way he did remember and to keep his spirits up he wrote himself a song and buried it in a novel. He became the mystic Rashid O’Shea, an Irish-Pakistani, former global UN influencer, who was now a self-exiled grocer living in Maui near Lahaina. One night, Rashid looked out from the veranda over the bay, and he heard his friend Spotted Fluke, the Humpback Whale, speak from the depths:

There is one like you Rashid who lives in the northern ice, he says it differently, he speaks of the Parent of us all, he says: She is a woman, gentle, and She speaks to us in the murmuring of creeks, softly as a tuft of cloud whispering to each of us, “Be not afraid of the Universe.” That and no more, a simple refrain. Yet even among those few who have heard it, how wrong so many have taken it. A broken promise they say, all around us are our bodies, messen­gers of pain. All around us are ruined towers and the coffins of well-intentioned prayers.

We weep for their bitterness, Rashid. We weep for their despair. It was not our Parent who dimmed the lights. It was not our Parent who closed the door on the inner sky, who averts her gaze from the spiral stars, who is deaf to the rhythmic song and is numb to the taste of the Fruit. Each of you are an army, a platoon of seen and unseen helpers surrounds you, ready at your command, angels peering through your windows, spirits at your side, voices rising in a silent cheer. Yet you do not see it: alone, aban­doned, battered, so many of you claim to be. Pointless lonely lives, you think, doomed to dissolve in dust. But the flow of a warm, sweet current carries you, it glitters with jewels and gold, and only one drop in your Inner Chamber will cause a hundred universes to unfold. Yet so many of you do not feel it, you cannot taste the honey nor smell the fragrance of the rose. You have locked the door with resentment and bolted it with fear.

~Excerpt from the 2013 novel Warming! by William Espinosa

Bear with us, dear Earth.
All the Worlds are nestled in the Now.

With the inspiration of Bill and the Virginia practice group, we encourage all of you in the Wisdom community to dive deeply in, to find your own origin story and then bring it to the Breaking Ground blog. As Bill says, “a tasty, many layered, warming soup will almost certainly emerge.”