Reading in The Piedmont: Musings on John and Mary Magdalene 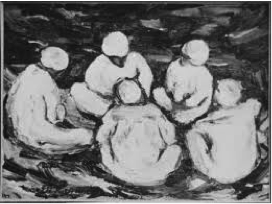 There is a richness we are discovering in the intimacy of small group readings. Some time ago a few of us in Virginia chose to supplement our weekly Centering Prayer cum Cynthia Wisdom Work with a concentrated study of a book. The first was Valentin Tomberg’s Meditations on the Tarot. For those who are familiar with it, it will come as no surprise that reading it took a while. The volume is rich but equally important–perhaps what we valued most–we came to know each other through our responses to the material. By the end we understood the outlines of each other’s past search and a few glimmers of a future path. The group then chose readings that had been deeply meaningful to one or more members in evolving away from the strictures of fundamentalist upbringings. From there we moved on to Robert Sardello’s book, The Gospel of St. John as a Foundation of Spiritual Psychology. The book is tiny and close to half of it is extended excerpts from the text of the Gospel, but it’s packed with exercises and less than obvious meaning. Who, for example, would see the passage on the crown of thorns (John 19:1-5) as an exhortation not to reject the world but to be present to life?

Clearly we were dealing with a hidden treasure with unfolding meanings, demanding line by line repetitive attention. One morning not long ago I was reading and rereading John 20:1-17 on the resurrection (see text below) and I was struck by all the references to running and wraps. On reflection, it occurred to me that there might be a code of sorts embedded in it. Here’s a guess: 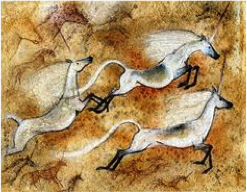 John sees one wrap through the opening, Peter “goes in” and sees both the wrap and the face covering. Mary first “knew” –in the dark–that Jesus’s body was not there. She may or may not have seen these two piled wrappings. But we do know that when she came back she saw (was it where the wraps were?) two “angels”–spiritual energies that are “messengers” (the original meaning of the Greek word angelos) from God–and then she sees the resurrected (in transition) Jesus. She calls him rabboni, teacher, but he is not a teacher in the normal sense. A wisdom teacher does not impart information; he or she imparts a transformed state of being to a student through participation in a higher consciousness. 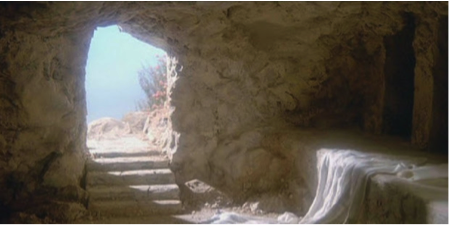 So, Peter–who is not as light as John or Mary–focuses on physical evidence. He represents the exoteric (outer) manifestation of the Christ experience, what was to become the church. John is sufficiently light that he can understand and chronicle a range of spiritual states–lighter and heavier–even if he doesn’t fully participate in all of them. He becomes the chronicler. Mary is the one who receives first and fully the inner “teaching” of the resurrection, the ­­esoteric element.

But astoundingly, as the chronicler surely knew, we never hear from Mary again!

I think the passage is telling us about the relationship and roles of the three and also their relationship to Jesus. I think it is also telling us that there is a deeper transformational transmission through Mary that surely didn’t end with her. Perhaps it needed to be hidden but in any event we hear nothing of it in the mainstream accounts. Where did it go? Hints of the same mystery are in the fragments of the Gospel of Mary. Peter asks, “’Did he really speak with a woman without our knowing about it?” 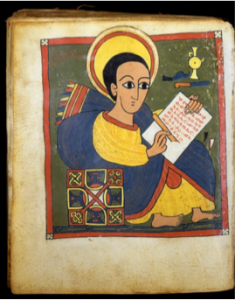 The first day of the week cometh Mary Magdalene early, when it was yet dark, and unto the sepulchre, and seeth the stone taken away from the sepulchre.

Then she runneth, and cometh to Simon Peter, and to the other disciple, whom Jesus loved, and saith unto them, They have taken away the Lord out of the sepulcher, and we know not where they have laid him.

Peter therefore went forth, and that other disciple, and came to the sepulchre.

So they ran both together; and the other disciple did outrun Peter, and came first to the sepulchre.

And he stooping down, and looking in, saw the linen clothes lying; yet he went not in.

Then cometh Simon Peter following him, and went into the sepulcher, and seeth the linen clothes lie,

And the napkin that was about his head, not lying with the linen clothes, but wrapped together in a place by itself.

Then went in also the other disciple, which came first to the sepulchre, and he saw, and believed.

For as yet they knew not the scripture, that he must rise again from the dead.

Then the disciples went away again unto their own home.

And seeth two angels in white sitting, the one at the head, the other at the feet, where the body of Jesus had lain.

And when she had thus said, she turned herself back, and saw Jesus standing, and knew not that it was Jesus.

Jesus saith unto her, Woman, why weepest thou? Whom seekest thou? She, supposing him to be the gardener, saith unto him, Sir, If thou hath borne him hence, tell me where thou hast laid him, and I will take him away.

Jesus saith unto her, Mary. She turned herself, and saith unto him, Rabboni, which is to say, Master.

Jesus saith unto her, Touch me not, for I am not yet ascended to my Father; but go to my brethren, and say unto them, I ascend unto my Father, and your Father; and to my God, and your God. 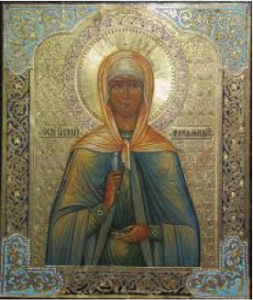 Our editor, Laura Ruth, brought to my attention a quote from Cynthia in “In Pursuit of Wholeness” (see reference below). It speaks in clear terms about the three levels–exoteric, mesoteric and esoteric–and about the importance of community.

“The real inner map that’s classically used–the tri-part division–is the exoteric, the mesoteric, and the esoteric. The exoteric is the threshold, the door, where you invite people in through the liturgy, tradition, and sacramental worship. The mesoteric level is about practice. It’s where you begin to really develop an understanding of the inner and more-sophisticated heart transformation that lies behind the external practice. And then there is the esoteric level, which really happens when the exoteric portals are taken deep into a heart that’s been awakened through mesoteric practice.

“Community, which is really the important point, is the threshold for the oneness in the collective body of Christ. It will almost inevitably be saturated and infected with lower agendas–clinging ego esteem, affection programs, power, control–until the mesoteric level has kicked in to help people see what they’re doing because of unidentified emotional and spiritual needs. The mesoteric takes the questions deeper, and it begins to till the soil for a whole different level of understanding, in which you see that these three things are organically intertwined. They can’t be separated.”

~from “In Pursuit of Wholeness,” originally an interview in Soujouner’s, and available here on the Contemplative Society website. 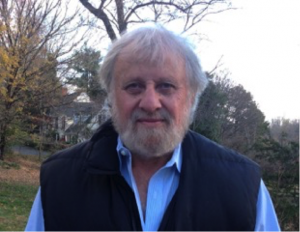 Related to this post, Bill’s last name literally means the “thorny one” in Spanish. Family tradition has it that the surname was given to converted but still suspect Jews, i.e. those who “placed the crown of thorns on our Lord.” Spiritual teachers have on more than one occasion told him not to use his spiritual interests to avoid the world.