The Difference that Mary Makes

Palm Sunday morning’s sun found us parading through patches of New Hampshire snow, waving cedar branches as we sang our Hosannas for Jesus’ entry into Jerusalem. Our procession ended in the chapel where a lively blaze filled the great stone fireplace. We laid our branches around the central sandpit and stood around them to share a contemplative Eucharist. Then we sat in a circle in silence.

One by one, as each felt moved, we marked the day’s turn from celebration to solemnity by taking up the branch we had waved, walking deliberately to the fireplace and placing in the fire.

By this gesture we marked our assent to begin the journey through the eye of the needle.

The sound from the first branch startled us. First came muffled explosions as the greenery’s moisture burst into steam. Then came a great whoosh as the cedar’s oils vaporized and ignited. Something numinous in the sound deepened the gravity of the gesture we were making. The next branch followed, and the next. The sound filled the space and seemed to reverberate within.

We looked at one another across the circle. Something had begun among us.

As a teenager, I had a thing for Holy Week. The melancholy flavor of the Episcopal liturgies with its accents of guilt and pity suited my emotional self-absorption.

I was in love with the story of Jesus’ stoic suffering: his dignity in the face of contempt, his compassion for his tormentors — and, above all, his cry of dereliction, “My God, my God, why have you forsaken me?” I imagined that I could relate. I couldn’t take my eyes off the spectacle.

Later in life as a priest the reproduction of that spectacle in the minds and hearts of others became my profession. I did my best to choreograph the outward particulars — the words, music, and gestures appointed for the observance of each day’s solemnity — so that some meaningful inward experience might be kindled among those in the congregation.

After thirty years of this work, the idea of spending Holy Week on quiet retreat with a small group in a rural setting appealed to me.

What if I could commemorate these holy days, not as the stage director of public services, but as one among a circle of devout hearts sharing a deep intention?

With this sense of promise I entered the Wisdom-inspired Holy Week retreat at Hallelujah Farm last April, and the days proved rich for me. I fed on our time together in The Chapel of the First Apostle: the silence; the deep-prayed psalms; the harmony and dissonance of improvised chant; the eloquence of lovingly placed flowers; the gathered witness of icons and their flickering candles. 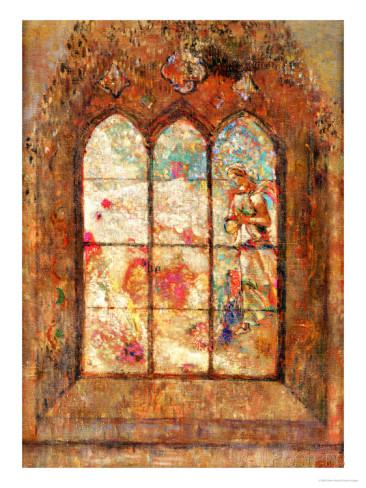 What I could not have anticipated, however, was the difference that it made to keep Mary Magdalene, beloved disciple and First Apostle, in the foreground of our remembrance, restoring her rightful place in the remembrance of Jesus’ passion, death and resurrection.

Cynthia Bourgeault’s Holy Week liturgies and her writings on the importance of Mary’s relationship with Jesus had inspired us to see Jesus’ betrayal, death and resurrection as enclosed, informed and upheld by Mary’s presence, understanding and care.

On the evening before Palm Sunday we began our retreat with a reenactment of the anointing at Bethany. In Cynthia’s liturgical depiction, Mary Magdalene anoints Jesus’ feet as a gesture of profound love and an initiation for his journey through death to life.

As we also touched one another’s feet with fragrant oil, we sensed in our bodies that we would not be mere onlookers to the passion.

At Mary’s hands, we were anointed for our own journey through the eye of the needle.

The observance of Holy Week has its origins in pilgrimage. Ancient visitors to Jerusalem would walk from site to site commemorating the drama of Jesus’ last days. In our proper liturgies we walk with those pilgrims in his footsteps, our eyes on him.

In Mary Magdalene’s presence, as I experienced it on this retreat, I am more than a spiritual tourist beholding a spectacle, more even than a witness to Jesus’ passion and resurrection. In solidarity with her I am among the disciples — not as one that betrays and abandons him (again and again) in my life, but as one that sees him for who he is and chooses to accompany him by heart’s-union on the path of transformation.

In Mary’s presence, my understanding of that path is also changed. In the traditional liturgies of the parish we commemorate the arrest, torture, abandonment and execution of a Son of God wholly unlike ourselves — a human being uniquely innocent, fully divine, set apart to do for us what we cannot do for ourselves, and at an incalculable cost. The passage through the eye of the needle — through death into life — is a journey that only he could make, and that he made on our behalf.

How different is Mary’s invitation:

“Let us atone, and become fully human, so that the Teacher can take root in us.”   ~Gospel of Mary Magdalene (Leloup)

Hearing these words in the midst of our retreat, I imagined atonement — that is, becoming at-one — not as a matter of blood sacrifice (as I had been taught), but as something more along the lines of our mutual anointing.

Just as in human love two become one through gestures of devotion, so

I and God become at-one through the giving and receiving of love, now and endlessly. In this way, I become “fully human” so that the Teacher can “take root” in me, I in him and he in me, he the vine and I the branch.

In place of the melancholy, guilt and shame I had known in the past, this Holy Week carried a fragrance of gentleness and beauty. Even the deep grief that accompanied Jesus’ crucifixion and entombment — as in our liturgy the three Mary’s wrapped a simple cross in linen and placed it on the altar — had a sweetness to it.

What was this sweetness? It was the sweetness we feel as a pang when we remember one we have loved who has died —the sense of deep connection and union, at-one-ment, that abides and even strengthens with the separation of death.

When our week was over, and we shared a festive Easter brunch together, the question arose: couldn’t these liturgies be offered more widely, say, in parishes? I thought, no.

It’s not just that the liturgies require stable collective awareness, high commitment to participation, conscious and detailed preparation, while the parish must welcome and include, not only the devout regulars, but those who are only “seasonally” Christian, or those who have wandered in off the street, with little or no acquaintance with the divine mysteries or with spiritual formation through practice.

All of that would be difficult enough, but there is a deeper problem.

The parish system was created out of the Constantinian bargain. As Christianity became the state religion of the Roman empire, the faith was administered by clerical magistrates in geographical subdivisions, i.e., parishes. The church could no longer be a separated community of initiates.

In order for parish churches to accommodate and include citizens who had no particular interest in radical transformation — of passing through the eye of the needle — the passion of Jesus became objectified, a spiritual curiosity to behold, and atonement became a ritual enacted by priests.

The atonement of loving union and accompaniment through death cannot fit in this mold; in fact; it is subversive of it. No wonder that the first genocide of Western civilization carried out by the Roman church against the Cathars.

I would be delighted to be proved wrong about this. Perhaps we will soon see gifted liturgists bring Mary Magdalene in full red regalia and with scented oils into the parish Holy Week. Perhaps it will become commonplace for Easter Vigils to end with ecstatic dancing, singing and a feast of sparkling wine and chocolate cake, as ours did. If so, it will be Mary’s triumph. 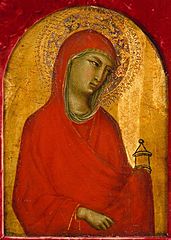 “Do not remain in sorrow and doubt, for his Grace will guide and comfort you. Instead let us praise his greatness, for he has prepared us for this. He is calling upon us to become fully human.”
~Gospel of Mary Magdalene (Leloup) 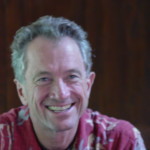 Steven Bonsey works at the juncture of contemplative practice and social justice. For more than ten years he has been part of the Boston Circle, where Helen Daly introduced Wisdom practice into a conversation about money and spirit. The direct result has been the creation of a new organization, Wisdom & Money, which Steven serves as a founding co-director, thanks to a generous grant from the Narthex Fund. See more at wisdomandmoney.org. Steven formerly served as co-founder of the Leadership Development Initiative and as Canon Pastor at the (Episcopal) Cathedral Church of St. Paul, Boston.