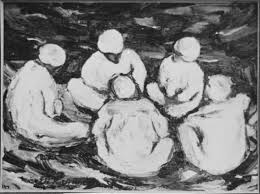 This is the third in a series of four posts that are introducing our upcoming “Wisdom Group Leadership Training” event to be held at Hallelujah Farm late in November and led by Lois Barton, Deborah Welsh, and me. This event is currently full and has a waiting list. If there is continuing interest, however, we would look forward to the opportunity of repeating the training in 2018. If you are even remotely interested, don’t hesitate to let me know at Bill Redfield. Further information about this retreat can be found on the Events page here at Northeast Wisdom.

In the first post of this series, Wisdom Group Leadership Training Part I, I enumerated some of the reasons why, along with Wisdom practice experience, group leadership skills are necessary in guiding participants through the transformational process. I also indicated some of the territory we’ll be covering in the training. In the second post, Wisdom Leadership Training Part II: Preferred State? Or Enduring Stages?, I recognized and acknowledged how and why Wisdom Practice Groups are often characterized as eschewing conversation of any kind. I challenged this portrayal and touched on the reasons why group interaction is so vital in the process of integration. In this post, I want to continue in this vein and focus specifically on the value and use of speech and language. 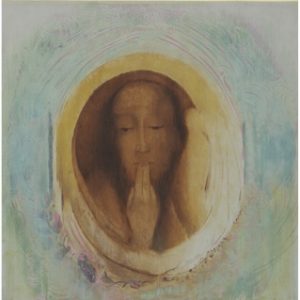 At least in contemplative circles, it seems as if speech has gotten a bad reputation. At all costs in our culture we hope to avoid being “all talk and no action.” In fact, we have just lived through a presidential election in which speech was not only cheap, but also often very far from the truth. Indeed, in our post-modern age there seems to be no common denominator or fundamental frame of reference that can be agreed upon. We have entered the relatively new territory of “fake news,” the proliferation of propaganda that dresses up as truth and veracity. Post-modernism has seemingly blossomed into post-truth. 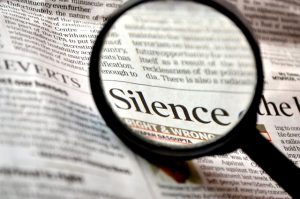 This negative appraisal of conversation in our culture seems to have helped to color the current disdain in Wisdom and contemplative circles toward group dialogue. In reaction to the wordiness of the world in which we are living, many Wisdom and contemplative groups keep conversation to a minimum or ban it altogether. Utilizing a strong preference for only silence and for specific practices, it is not uncommon to attend a Wisdom group and not be introduced to anyone or to have any conversation within the group. While this might be an understandable reaction to our culture, it may well end up missing one of the most powerful group components of transformation. 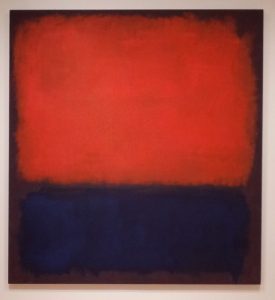 The content of conversation in a Wisdom Practice Group is about processing ephemeral, experiential states and delicately putting words, understandings, and implications to them. In our training event, I will be arguing that, first, the integration of the higher stages of consciousness rests on the differentiation of these higher stages from the ego. But I will also be making the case that, second, linking them together is essential in order that that they might become more deeply grounded in the individual’s self-system and cognitive structures. But there is also another way of understanding this. 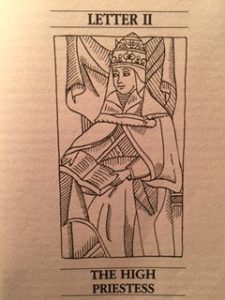 In the powerful and unique book, “Meditations on the Tarot: A Journey into Christian Hermeticism,” the author describes, in twenty-two letters, the significance of the Major Arcana of the Tarot. Each is a treasure of spiritual wisdom which is important to know. The second Arcanum, characterized by the High Priestess, is that of the reflection of the pure act of the first Arcanum, up to the point where it becomes “book.” It shows us how Fire and Wind (numinous spiritual experiences) become Science and Book (integrated and understood). Or, in other words, as the author expresses, “how Wisdom builds her house.” Here, thus, a distinction and then a connection are made between experience and understanding of that experience. 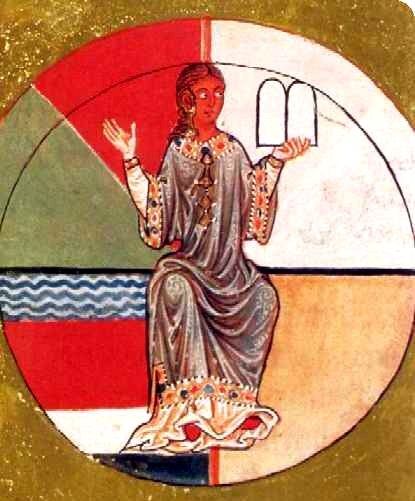 The pure act in itself cannot be grasped; it is only its reflection
which renders it perceptible, comparable, and understandable,
or, in other words, it is by virtue of the reflection that we
become conscious of it. The reflection of the pure act produces
an inner representation, which becomes retrained by the memory;
memory becomes the source of communication by means of the
spoken word; and the communicated word becomes fixed by
means of writing, by producing the “book.”
(Meditations of the Tarot, p. 30) 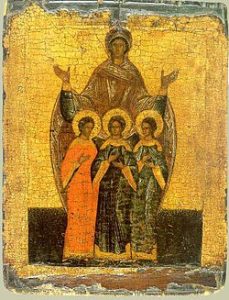 Here we are led to an appreciation that it is not just the experience that is important—that is the piece that Wisdom spirituality has rightfully elevated. But it is also the reflection through word and concept of that experience that is necessary as well. Indeed, it is the reflection of the Wisdom experience that integrates it and gives it a home. And while it is true that experiences of the unitive and the nondual seem to leave language behind and even defy conceptualization, nevertheless their integration through word and concept is crucially important. And it is particularly through skillfully guided conversation in a group that insights and illuminations can get stimulated and generated and then digested and absorbed.

In this Wisdom event in November 2017, we will be describing and practicing the specific leadership skills that can best bring about this quality of participatory reflection. 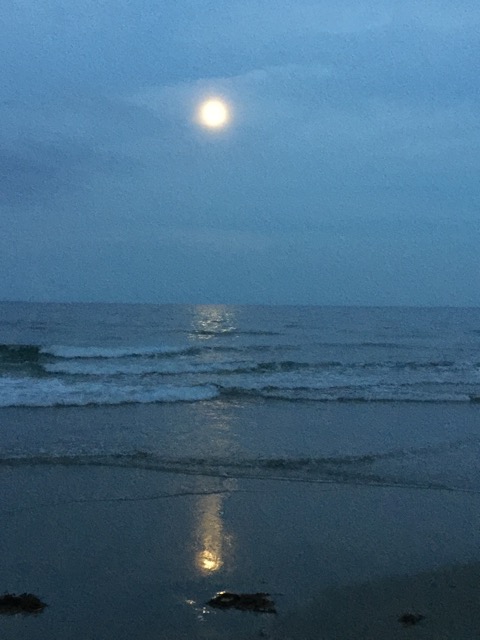 Bill Redfield met Cynthia 27 years ago, when he began a practice of Centering Prayer. As an Episcopal priest and clinical social worker, he has long been interested in the intersection of spiritual development and psychological development. Since reconnecting with Cynthia over a decade ago, he has been a participant in her Advanced Wisdom group. Bill has spent most of his adult life leading groups of various kinds, and has taught group process and group development in several graduate social work and graduate education programs.

The upcoming training in leadership skills for Wisdom groups represents a confluence of life interests for Bill. It is an opportunity to serve this particular juncture in Wisdom where more and more people are hungry for direction as they bring their enthusiasm for the Wisdom tradition to their local communities. Bill brings to this his love of Wisdom and experience, as well as his long established post-holding partnership with Lois Barton and Deborah Welsh. For more information about Bill, Lois and Deborah, please see Part I and Part II of this series in the Breaking Ground section of Growing! and visit Our Teachers’ page.

You may also visit the Bill at Wisdom’s Work; Lois at The Sophia Center for Spirituality, and Deborah at Deborah Welsh, Ed.D.