Alan Krema, a Wisdom community participant residing in the Chicago area, has been an active spiritual explorer for many years. In 2003, he and his wife Barb opened their home to facilitate a centering prayer group. On the list in the Contemplative Outreach database, a student of the Nine Gates Mystery School who knew Cynthia, had resourced Alan and Barb and began to attend their prayer group. Alan had already read The Wisdom Jesus, and “had a vague sense that Cynthia’s teaching was at a level different from other teachers” he had been reading. 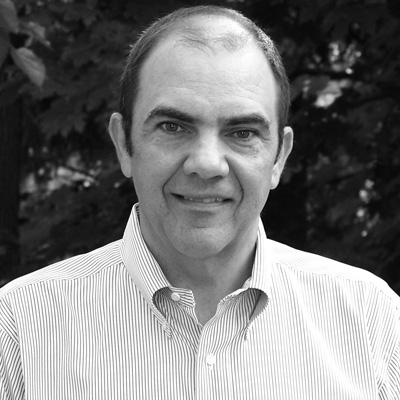 The first Wisdom School to be held in Tucson at the Redemptorist Renewal Center in 2010 was approaching; and Alan was already familiar with the Center having spent a week living “in the desert attempting to deepen my experience of living.” In addition, he’d attended several retreats there and “became fond of the desert, the facility and the calling I felt there. Something was driving me to take the first step on a pilgrimage which I felt would have vast consequences. After spending the last 15 years attempting to re-engage my relationship to God and the divine nature of life by studying all the great teachers and books, I was called to know beyond the intellect. To sit in presence, move my feet, feel the vibration of my vocal cords. To eat, breathe, sing, and dance into the opening of the divine invitation.” A divine intervention enabled him to attend and life has never been the same!

He writes: “There is something about taking in the beautiful vistas in life. Part of the wonder is not only the beauty we see, but the sense that beyond this horizon which contains so much beauty, there is another visa awaiting us. If we take the pilgrimage to walk over to the vista we see, we will end up at the horizon of the previous vista and gaze out upon another vast and beautiful vista. From where we stand, we can walk in any direction but we walk in a particular direction, allowing our circumstances to align with our intuition. We come eventually to a vista in which we see ourselves on an edge which connects our innermost self with the immense number and size of relationships we have.”

This metaphor of vistas also relates to the ‘seeing’ of the Wisdom work: seeing more, seeing more clearly, seeing with more of myself. Two intertwining activities occur: the first is the “invitation to sit with the inner work of self. This begins with the core of centering prayer and continually practicing sitting with my inner being, the hidden self, that remembers my authentic self always present at the base of all the surface activity I engage in throughout the day.” The second springs out of the first which “allows me to be present to others. Practice has taught me to notice when my mind dominates the energy of the relationship by defining it as a story about me, them, and us. The mind has to know, but my practice is to observe. So I learn to move the mind’s narrative and its energy into a vaster space that is held in my heart- solar plexus region. When this occurs, the thoughts I had are not gone but they take their place, which is small in relation to the whole- I perceive them as much smaller than they were when the mind tried to focus on the particular details. I sense an awareness that via these inroads into the energy associated with particular relationships, then I can be aware of the other in the relationship in a place where spaciousness is shared and where we share the same source of being and in it the same being. …this awareness pulls me like a magnet to urge others in my life to participate in the source. I am called to open my awareness to others. Part of the work is simply to be consciously aware of the Being we share.”

Alan is currently working with engaging the Wisdom practices in holding social issues in a creative and loving way. The Gurdjieff work has had a major impact on him, and he was involved with a group for several years. He is also a recent alumnus of the Living School and now serves as coordinator for the Chicago Chapter of Contemplative Outreach where he’s integrating various aspects of the Wisdom tradition into special workshops called Living Wisdom Program. Some of the themes are: Rhythm of Life: Benedictine Model, Sacred Breath and Sacred Chant, The Thomas Gospel, Heartfulness and Wholeness, Welcoming Prayer and Conscious Work.

Alan speaks of his involvement “in an awareness process that I call heart-based perception, a non-thought, non-mental awareness. I find that especially in centering prayer, my thoughts that arise naturally are not so much dismissed by the traditional method of letting go using the sacred word, but rather, they are poured into the spaciousness of my heart-based perception which holds them as the smallness which they are in the vastness. There is no activity of letting go, but rather of allowing the thoughts to reside in the cosmic space in which the ground of my being seems to lie, and where I feel connected to the same source of being as the others who come into my awareness.” He describes the Wisdom work as an ‘embodied practice.’ “The activity of the mind which tends to grip tightly, focus narrowly, and discriminate and dominate my energy, is put in service of the heart. Putting attention and awareness in the body space of the solar plexus- heart- lungs, allows a sensation of spaciousness and connection to Being and where I feel sustained and nurtured. All is contained in this space, all is known, and all is well. Even those energies of pain and despair are held in this space as part of Being. All relationships are contained in this space and awareness of the spaciousness of being allows each relationship with its energetic mental engagement to act as a doorway to the source of our shared Being.”

Alan hopes to develop some of these ‘seeings’ into a teaching guide or rubric and we look forward to what’s to come. Thank you, Al, for holding the post in such an excellent authentic modeling…a Seedling sprouting in all directions!

Alan is a student of Cynthia Bourgeault and has attended multiple Wisdom Schools since 2010. Alan has recently completed the Living School program at the Center for Action and Contemplation, founded by Richard Rohr. Alan has been a long time centering prayer facilitator and serves as coordinator for Contemplative Outreach Chicago chapter and facilitates and participates in several wisdom practice and centering prayer groups in the Chicago area.

Alan is retired from a career in biomedical engineering and lives with his wife Barb in Naperville, IL. Alan & Barb have 3 married daughters and 6 grandchildren.