Allen Bourque has been a serious student of Tai Chi and Taoism since the early 90's, and currently teaches at Brookline Tai Chi in Massachusetts with his mentor, master teacher Don Ethan Miller. He has attended and taught at a number of Wisdom Schools and retreats, is on the "Servant Leadership Team" of Contemplative Outreach Boston, and is a graduate of the Shalem "Leading Contemplative Prayer Groups and Retreats" Program. He will be teaching at Cynthia’s Holy Family Retreat Center week in Nov. 2019. 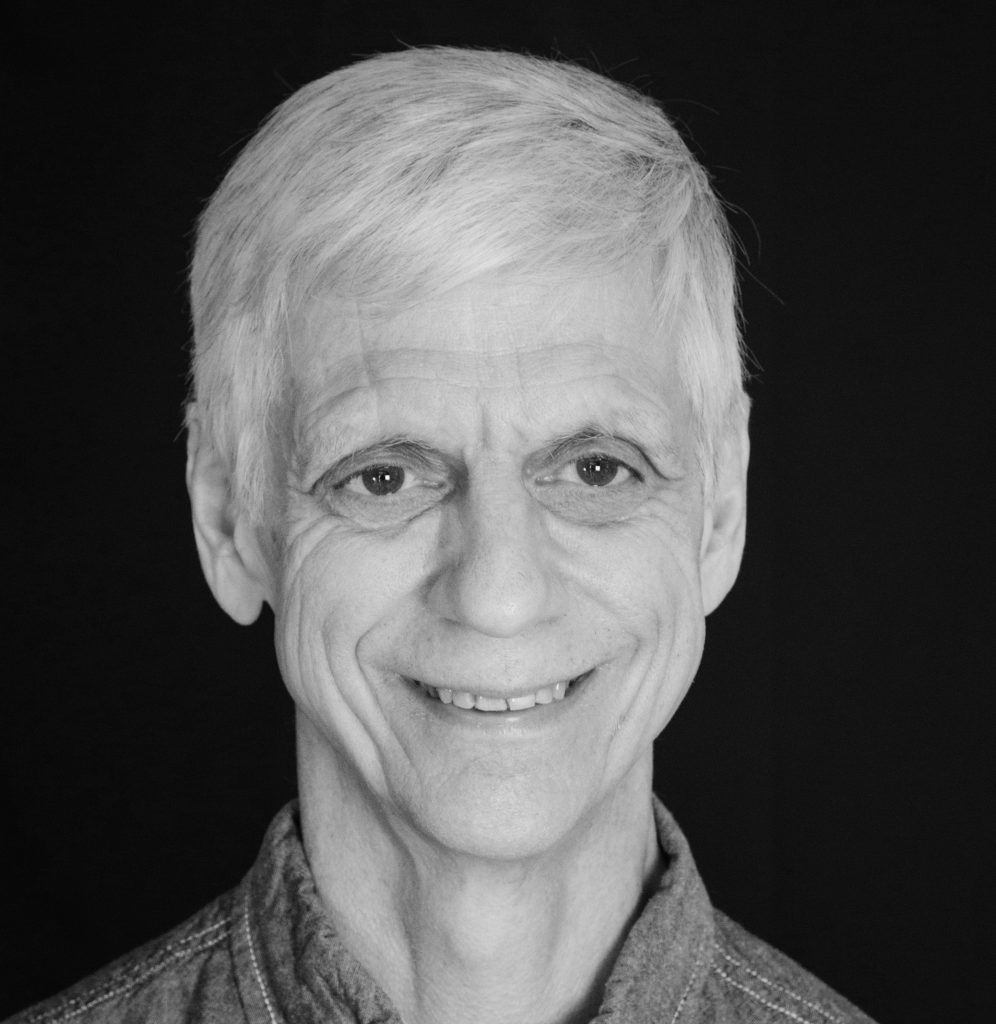 An interview with Allen Bourque

Early in his contact with Cynthia Bourgeault, Allen recalls her speaking to the issue of people strongly drawn to two traditions: “Don’t expend mental effort to try to make the two traditions work together. Just do the practices and they will reveal the deeper level of resonance and difference.” Allen has taken that to heart and simply continued with his practices, which include tai chi, qigong, Taoist practices and Centering Prayer. In his teaching at Wisdom retreats Allen explores elements of both Taoism and contemplative Christianity through Contemplative Movement.

Allen has had a unique training in Tai Chi through his mentor, “whose orientation to the essence of the tradition places a very strong emphasis on releasing of what is artificial to make space for what is an expression of our essential core. From the very beginnings of the Taoist tradition (2nd-4th centuries BCE), the Spirit, the physicality of the world, and the human (referred to as “Heaven, Earth, Man”) have always been inseparable. Thus, the practices are ancient, the comprehension of the wholeness has always been there, and that orientation has continued throughout history. Furthermore, in the earliest texts the explicitly articulated goal was to become a sage, clearly defined as one who brings a heart centered order to all the circumstances and relationships in one’s life. This orientation, emphasizing the unity of inner and outer worlds, is quite different from our Western projection that the Eastern religions over-value a withdrawal into the inner worlds.” For Allen, “these qualities are deeply compelling and resonant, and represent quite a beautiful complementarity to some of the ways Christianity has been handed down.”

In Allen’s experience, “the Christian contemplative tradition has been more explicitly about the strongly Personal element and the Mystery. “I very much welcome the re-focus on the Incarnation and full embodiment happening in Christianity and am grateful to be able to support that.” In teaching in Christian contemplative settings, Allen has found contemplatives to be very clearly grounded in their hearts and he aims to take that heart energy and help people to more fully embody it. “I am very happy teaching in these environments,” Allen says, speaking about teaching at Wisdom events, “people are ripe, and, I can be exploratory, experimental and intuitive.”

How do the elements of Taoism and contemplative Christianity intersect in Allen? He sees some themes in the Christian mystical tradition reflected in Taoism, even as Taoism remains silent about them. “A very interesting example is that Taoism doesn’t speak about the evolutionary process. But we know that throughout the history of Taoism, by manifesting its orientation to respond to ever changing circumstances, it has in fact rebirthed itself in new forms over and over again. In this regard I believe it is unique among the great traditions. Indeed, within the realm of tai chi itself, we now have almost a century of video of tai chi masters and know that they continuously evolved.” Allen’s teacher, Don, is continuously working on how to reverently respect the force in the tradition and how to adapt the teaching to our current circumstances.

“On a very immediate level, perhaps the most important ‘functional’ overlap is the valuing of silence. In Christianity, practitioners value the silence that is often a part of Centering Prayer. And, rightly so! On the other hand, a quite accurate shorthand for Tai Chi is ‘stillness in motion and motion in stillness.’ For me, cultivating the capacity to move through the world with a certain level of silence is an essential part of the spiritual journey. On a simple level, a certain amount of inner silence is necessary to see the blue on the kitchen counter in front of me, to see and feel this particular shining sun, or this particular fellow driver on the road. On a more complex level, inner silence is required for me to hear what you are actually saying and to distinguish that from my thoughts and feelings about what you are saying. Not a bad capacity to cultivate. Thus, the vital importance of silence in both traditions.”

It immediately brings to mind logion 50 from The Gospel of Thomas, “…’But what is the sign of the Source within you?’ say, ‘It is movement and it is rest.'” Allen brings this beautiful quality of the silence moving through life, and through the movement, to his teaching. And with it a quality of listening, and receptivity, trained by the Tai Chi, that a Christian contemplative might call ‘listening with the ear of the heart.’

Allen finds the Christian contemplative tradition is of course heart-centered at its root and in its practices. Tai chi doesn’t speak much about the heart and in traditional Tai Chi-Qigong training, one may study a long time before specific heart practices are introduced. Yet, the earliest Taoist texts are very explicit: the goal of practice is to become a sage, which is defined quite clearly as someone who brings a heart centered order to “the ten thousand things.” Allen says, “The ten thousand things refer to all the circumstances of our lives from our toenails to our dreamlives to the birds on our birdfeeders to our meals, as well to our primary relationships and to our encounters on the street. The aspiration is to bring a heart centered order to all these ‘things.’ Who said the spiritual journey was easy?”

“Taoism connects Spirit to calmness in a very simple way: “If you are calm, spirit is present, if you are not calm, Spirit is not present. Through the simple practices of grounded presence in both traditions, that quality of presence can be readily elicited.”

Looking beyond the immediacy of practices, there is a particular reference point in Taoism that Allen feels Christians can learn from. The concept of chaos (Chinese Hundun) has been an integral part of the Taoist understanding since it’s origins. The reality that there are phases of chaos in both our individual and collective lives is unmistakable. An archetypal Taoist would regard phases of chaos as completely normal and would ask “how can I and we cooperate with it?”; this is in strong contrast to thinking there’s something wrong and focusing on “why is this happening?” or “what’s the meaning of this?” or “who caused it?” This sheds more light on the living truth of the history of Taoism that we referred to above. It has, to a far, far greater extent than the other traditions, regenerated itself in new forms over and over again. When forms are no longer functioning, they die, allowing other forms to emerge. Part of Allen’s draw to the Wisdom lineage that Cynthia has presented is that it also faces that reality of chaos and transition very directly.

In teaching, Allen brings an explicit heart orientation to the group work much sooner than a traditional Tai Chi class would, playing with it, exploring it. “It seems people just relax a little more; it is something fundamental that their experience is acknowledged. Why do we do what we do? Our lives really do come from our hearts. Everyone has their human experience. It is part of our human process, as we rework our distortions and open to the energy from above.”

“In the Christian tradition we might talk more about passion than order. There is an interesting play between the two. The passion in Christianity I would say, at this present moment, expresses itself in me through a flavor of ardency. What ‘passion’ and ‘order’ look like in my teaching is a constant adjustment, related to the balance between qualities of calmness and of enlivening. What needs or wants the invitation to be calmed and what needs or wants to be enlivened?”

What is most alive for Allen in his work right now? “A focus I’m deeply interested in at this time is the sense of groups on multiple levels, that is, from the Mystical Body of Christ to the actual practical functioning of groups. A very important part of that is co-teaching workshops and retreats with my Wisdom colleagues. How do we as individuals contribute to the optimal functioning of the groups we’re part of whatever our post? I think that’s an important question we need to ask ourselves over and over again. This will support us to develop resilience individually and in our collectives as the pace of transition intensifies. You do have to be in this business for the long haul!”

What would Allen want a participant to receive from the work that he does in groups? “A respect for themselves, and for the opportunity that they have been given as human beings, as well as a tolerance for ‘failure’. In Taoist environments there is typically a beautiful joy that supports learning, that constantly discovers, and through that joy we are met where we fail. What I have learned from both traditions is a resilience that honors and respects the importance of what is painful in life, and acknowledges how we are joined as humans through our pains and failures as well as through our joys and accomplishments.”

Allen resides in Ashland Massachusetts with his wife Sharon, and is welcoming a very fruitful time in teaching. He is excited to see in participants the growth of deeper capacities to meet and engage with these teachings, and create, discover, open and ground hearts, and build resilience together. As well as teaching at Cynthia Bourgeault’s retreat, “Reclaiming the Mystical Heart of Christianity” at Holy Family in Connecticut in November of 2019, he will be joining Incarnating Wisdom in June 2019 at Hallelujah Farm. You may learn more about Allen at his website “Contemplative Movement: Integrating Spiritual Practice With Daily Life” or write him directly at allen.bourque@gmail.com.

Recent Wisdom Profiles
View All
Recent Forums
Martin Luther King and Cosmic Dialysis
Towards a Citizenship of Conscience
Offering to The Earth
Kindred Spirits: Listen to a Conversation Between Brother David Steindl-Rast and Dr. John England
View All