I sense it is my present calling to move Wisdom as a way of knowing to a way of loving. This to me seems to require a deeper integration of Wisdom from the head down into the body and being. This integrative work seems to require two foundational platforms. The first is embodied practice. While centering prayer and other forms of sitting meditation are great places to start, the integration of Wisdom requires more varied and directed practices. The second is community. Here I do not mean just being in the presence of others in a Wisdom School. I mean the sustained support and accountability that manifest over the commitment of extended time together. 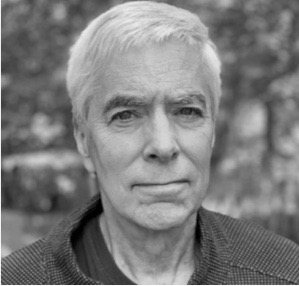 I arrived at the threshold of this Wisdom understanding in a church basement in Brunswick, Maine, on October 28, 1990.

There I met Cynthia Bourgeault for the first time. She had come to introduce a small number of us to the practice of Centering Prayer. My life and work would later turn out to be more directly guided and inspired by Cynthia after I reconnected with her in 2006 and began Wisdom training with her on a regular and intensive basis. I continue to learn from her and work with her to this day.

PRIMACY OF CENTERING PRAYER
Although most of my earlier training and experience would clearly qualify as traditional, it has been the Wisdom work and my nearly thirty-year commitment to Centering Prayer that have opened up new experiential dimensions to my life and has brought me to a new depth of awareness.

PSYCHOLOGY, RELIGION, AND GROUP WORK
But besides ministry and religion, I have also long been interested in the intersection of spirituality and psychology, and especially group development, group dynamics, and group leadership. While in seminary in the early 1970’s, I took time off to get a Masters in Clinical Social Work and majored in Group Work. Following graduation from seminary and graduate school, I worked for over fifteen years first in a social work agency and then in private practice. There I led educational and therapy groups in both contexts, and I also taught courses in Group Process and Procedures, Group Development, and Group Leadership Skills in several graduate social work and graduate education programs.

During this time, however, I continued my interest in group work and especially its confluence with ministry in general and eventually with Wisdom spirituality in particular. This ongoing interest was nurtured and deepened in the late 1990’s by my completion of the Shalem Institute’s 18-month training program in “Transforming Community: Leading Wisdom Prayer Groups & Retreats.” By that time, I had already been introduced to Centering Prayer by Cynthia Bourgeault and had traveled to Snowmass in the early 1990’s to take Thomas Keating’s ten-day intensive Centering Prayer retreat.

It was at Trinity that I became the creative force behind the founding of Wisdom House, an inter-spiritual home for Wisdom and contemplative practice that offered ongoing Wisdom groups such as Gospel of Thomas lectio divina and Wisdom of the Body, as well as Interspiritual Dialogue in a house across the street from the church. In my last years at Trinity I celebrated Holy Week and led Wisdom Schools with my colleagues Lois Barton and Deborah Jane Welsh. This introductory Wisdom teaching developed for me into more Wisdom Schools, Conscious Love retreats and Wisdom Postholding Trainings.

THE PRESENT
Having retired from the parish in 2013 to do full-time Wisdom work, I now lead Wisdom Schools and retreats in New York and New England and other parts of the country. I am also intimately connected to the Nine Gates Mystery School in California as a staff member and spiritual teacher. Additionally, I consult with individuals and groups in a process I call  Wisdom Mentoring.

Bill’s unique giftedness lies in his ability to bridge so sensitively between the insights and teaching methods of the classic Wisdom tradition and contemporary access points through spiritual direction and group process. He is a natural nurturer and team builder, with a servant’s heart and a transparent humility that gently belies his years of experience as a pastor, wise counsellor, and mystical teacher in his own right. The emergence of a strong new generation of Wisdom leaders in our network has been largely the result of his brilliant and faithful midwifing.
~Cynthia Bourgeault

Bill Redfield has been an Episcopal priest for over 44 years. He holds a Master’s in Social Work and spent the first half of his adult life as a licensed clinical social worker. Bill served an Episcopal parish in Fayetteville, NY for nearly 20 years. Currently residing with his wife Cathy in New Hampshire, Bill is actively engaged in sharing the wonders of Wisdom Christianity through Wisdom Schools, virtual retreats, and Wisdom Mentoring.

For more about Bill check out his website: Wisdom’s Work.