Diane has been a long-time seeker of truth and a centering prayer practitioner since 1996. She first heard Cynthia in 2006, and ever since has been ‘hooked’ on the wisdom path. She has attended numerous wisdom schools and in recent years participated in the Nine Gates Mystery School in California, another transformative experience. 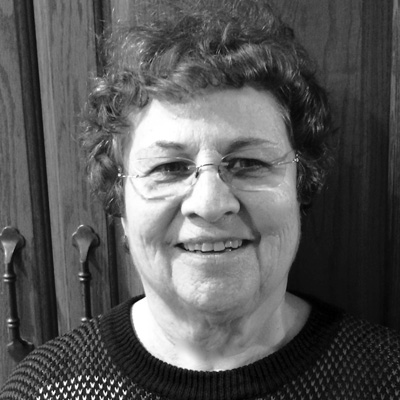 Diane is forging spiritual inroads into her local church by bringing expressions of contemplative practice in many of its forms. She was already leading spiritual formation groups and began “to insert a wisdom view to what we were studying.” The Wisdom Jesus and The Gospel of Thomas are two of the texts her groups have explored. In addition, “several of them have now gone to hear Cynthia as they would ask me every time I went what she was teaching”! Her church received a financial grant which enabled it to buy books for their library. Diane picked many of Cynthia’s books as well as many on the mystics.

Diane has traveled extensively and on a recent mission trip to Costa Rica she was asked to lead the group in Lectio Divina each morning. Children as young as 5 participated. She has also begun centering prayer groups with a new “class every two or three years and now two groups are meeting each week.” She says, “Another group began studying with Bruno Barnhart’s The Good Wine; it was followed by Second Simplicity and then the Mystics.” In some of these sessions her pastor participated and “it was very interesting to see the pastor open up to Wisdom ideas. This August I started…a group to discuss Teilhard’s The Human Phenomenon. We are all really enjoying our discussions. We don’t have a leader but rotate as facilitators and start with 15 minutes of silence.”

Last year, with her pastor’s consent, Diane initiated a series of contemplative worship services during Epiphany. As she writes, “We had five services using scriptures on Jesus as light. They were all lay led, lasting 30 minutes. We had chants, scripture which was done in different ways (Lectio, guided meditation for example), silence, and communion. We hope to do the contemplative service during Lent this year.”

At the request of some people – tho’ as yet still on the “back burner”– she may begin teaching Wisdom. “Most of these people cannot go to an extended retreat for various reasons. So I have been thinking about how I could do the beginning retreat spread out over five Saturdays. Would appreciate any comments around this. Was thinking once a month with a practice for between retreat days.”

For Diane, centering prayer remains her central and core practice. She also loves studying the mystics: “each one opens new ways that God comes to and through us”. She also finds interspirituality “important for continual growth.” What helps her most deeply personally is the knowing “that the Kingdom of heaven is within you. Taking time to find that quiet place within before doing anything or when upset by anything.”

We thank Diane for her faithful stewardship in holding the post in her area. May her efforts in furthering the wisdom way of knowing bear much fruit in many lives as she continues to sow seeds of contemplative experience.