This episode of Seedlings features Phil Rogacki who hails from Longmont, Colorado, and has been involved in the Wisdom community since 2008. It was during that year that he first heard Cynthia speak at the New York Open Center. Her teaching resonated with him as that for which he’d been searching in the Christianity of his youth, but which he’d been unable to find in a traditional church setting. 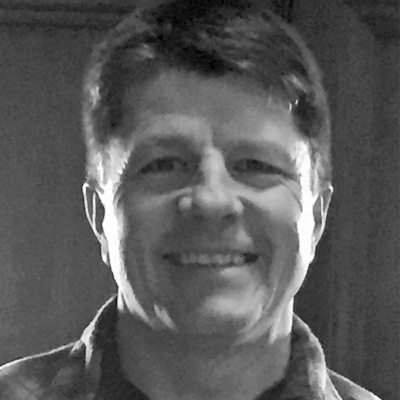 Prior to this Phil had already done quite a bit of inner work and exploration. He had studied Buddhism (Zen and Tibetan) and Shamanism (with two different Shamanic groups). He’d also been a part of the 12-Step Adult Children of Alcoholics program, and done energy work focused on being centered in the body. All of this prepared him for reception into the Wisdom track; since that early time Phil has attended numerous Wisdom Schools, the Wisdom Leadership Course, and the inaugural class of the Living School, graduating in Sept., 2015.

Currently Phil is on the adult faith formation team at St Brigit Episcopal Church in Frederick, CO. As such he’s helping to “bring wisdom and contemplation into what we present.” He also is part of the group at St. Brigit that presents four contemplative Celtic services each year on the equinoxes and solstices.

Phil was a founding member of the Colorado chapter of Illuman, which is the group Richard Rohr’s men’s work spun off into, and is on the Colorado Illuman state board of directors. “We are men transforming men through a power greater than ourselves. We are fed by the wisdom traditions of forgiveness and radical inclusivity.” Colorado Illuman holds local, weekly meetings, as well as state-wide meetings. One weekly group meets at 7 am, Tuesday mornings, at St. Stephen’s Episcopal Church in Longmont, CO. Colorado Illuman will also hold a Men’s Right of Passage in Colorado Sept. 13-17, 2017. The MROP is five days and four nights of exploring one’s inner self through imagery, myth, ritual, and silence.

Phil has also “taught centering prayer, bodily awareness (especially through sensation), and mindfulness in different classes” at his work. He’s called them “Relax and Focus Workshop” and “Mindfulness Through Bodily Awareness.”

Phil relies on a heart connection in sharing his path with others. “No matter what you are talking about or what the situation is (i.e. what “other” you are connecting to, and why), there is no substitute for making a genuine heart connection based on presence, humility, attention, and inclusivity. When that connection happens, you have a foundation for exploring meaningful territory.” Phil has always found solace in nature and feels life, consciousness, and energy in all of creation, the earth, sun and moon, indeed every entity.

Centering prayer, the ancient desert and perennial traditions, mindfulness and presence, and connecting with God through nature are all a part of Phil’s spiritual practice. The Gurdjieff work, practices of attention and heart-centered awareness as well as aspects of Shamanism, Tonglen, Teilhard, and the Persian poets Rumi and Hafiz have all informed and enhanced Phil’s journey.

We thank Phil for participating in the Seedlings Project and encourage him in his Wisdom work as he seeks to hold the post in his area. Good work, Phil!